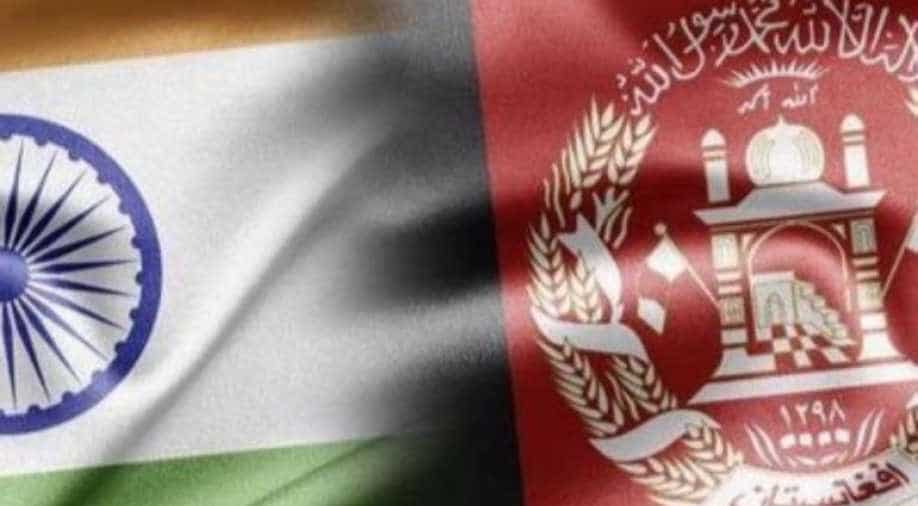 New Delhi has always called for an Afghan-led and Afghan-controlled peace. It has never put a caveat on investments

Two hundred schools, 1000 scholarships, 65000 student exchanges, two dams and one sprawling parliament house. This is what India has given Afghanistan in broad terms. Indian assistance to Afghanistan is spread across sectors like Education, economy, power and most importantly, democracy.

Both countries have had ties since pre-historic times. The ties are as old as the Indus valley civilisation. For the western world, Afghanistan is a strategic goal, but for India, it is about helping an old friend.

For two decades, foreign troops have lumbered in Afghanistan. There was status quo. The civilian government had a godfather.

But once the western troops leave, who takes charge? Who is India betting on? New Delhi has excellent ties with the civilian government. It will be hoping that good situation prevails beyond September 11.

But the Taliban has other plans. They don't see themselves as stakeholders in Afghanistan. They believe that they are government-in-waiting.

This definitely isn't good news for India or for the world. India's Foreign Minister S Jaishankar talked about this on Friday. He said Afghanistan's future should not be a return to the past.

He was talking about the time when the Taliban ruled the country.

And a rejection of modern Science and Engineering.

It was basically a throwback to the dark ages. Dealing with such a regime would be impossible.

We say this because ofo three specific reasons

India does not need another terror launchpad in the region. This was the case before 9/11. The Taliban have promised to not fund terror groups but looking at recent uptick in violence, that's hard to believe.

It is no secret that Islamabad funds and trains Taliban fighters. They were more than happy to walk terrorists over to Pakistan in 1999.

This was after the hijacking of Indian Airlines flight IC-814. We all know the story.

The bottom line is this. India cannot afford to have a Pak proxy in Kabul.

New Delhi has way too much to lose. It has invested more than 3 billion dollars in Afghanistan.

That's 400 projects, in all 34 provinces. These projects include dams, schools, hospitals, clinics and more. Some of these installations have been attacked by Taliban proxies. The US presence was like insurance for Indian interests. With that gone, these mega-projects are vulnerable to attacks.

So what are India's options here?

History has some clues. Before 9/11, Afghanistan was the Wild West. The US never bothered to check the Taliban's rise. It was India, Iran and Russia that kept the resistance alive.

Now is the time to revive that axis. Russia is keen on a larger role. So is Iran. Both countries have warned Taliban against cosying up to terrorists.

India should try and revive the great game. The game, not of competition, but co-operation India has enough diplomatic leverage with both Russia and Iran. It must exercise this leverage. If India cannot be the sole player in Afghanistan, it must aim to be the most influential one.

But this might put New Delhi at odds with Washington. Both Iran and Russia are sworn enemies of the US. Moreover, Washington has a history of dumping regional allies. Just look at the Kurds in Syria.

Joe Biden says he will hold the Taliban to their word. But without his troops in Afghanistan, how powerful is Biden? India cannot bank on a power thousands of miles away.

It can be sure of one thing though. If the Taliban takes over after America withdraws, Joe Biden will not have the high ground to criticise a Russia-Iran-India axis.

In addition to all this, there is a new player on the block in the form of China. India can keep China at bay by disarming Beijing's biggest weapon. Its chequebook. India must keep investing in Afghanistan. If the Afghan economy tanks, China will swoop in. Only self-reliance can lead to stability. It's the same for security.

India should deploy military contractors to train Afghan security forces. Make them capable of defending the civilian government. So aid must continue. So must intelligence sharing and training exercises.

This means India can check the three boxes of a perfect partnership. Shared history, economic ties and military support.

India is Afghanistan's best bet. New Delhi has always called for an Afghan-led and Afghan-controlled peace. It has never put a caveat on investments. But this isn't a one-way show. Afghanistan is India's key to Central Asia.

Unlike other stakeholders. New Delhi does not want to play the great game. It wants to play it on Afghanistan's behalf.