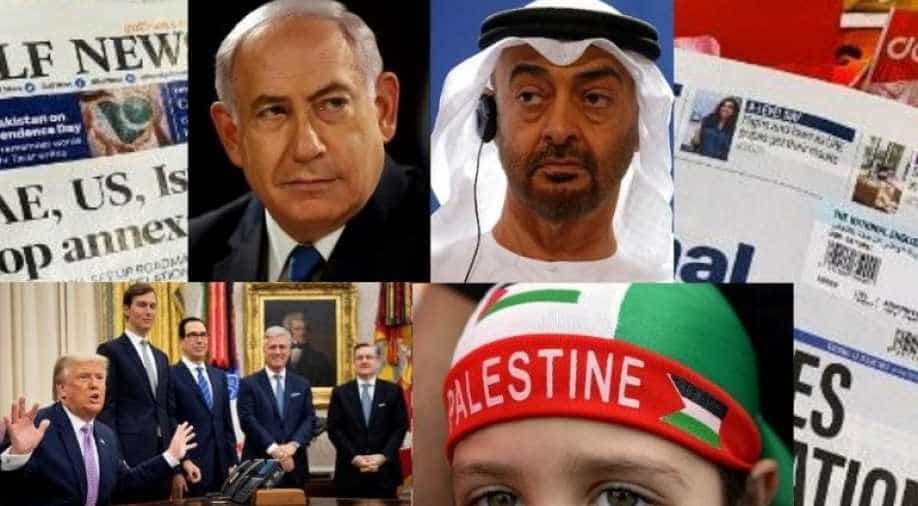 The United Arab Emirates’ bold recognition of Israel, earning it valuable brownie points in the West, has come at a cost: a blow to its efforts to earn religious soft power in the Muslim world.

The setback raises questions about the UAE’s strategy of co-opting prominent Muslim scholars with financial incentives to project the Gulf state as a model of tolerance that seeks to promote a moderate interpretation of Islam in a global competition for religious soft power with Qatar, Turkey, Saudi Arabia, and Indonesia.

The UAE attempt to reap religious support for its opening to Israel encountered blowback when a statement by the Abu Dhabi-based Forum for Promoting Peace in Muslim Societies — one of several UAE-backed groups created to counter similar Qatari institutions and give the UAE effort religious cachet — sparked protests and resignations.

Members of the Forum’s board complained that the statement had been issued without a discussion in the Forum’s board of trustees. The board includes former Jordanian Islamic chief justice and minister of endowments Ahmad Hilayel and Abdullah Al-Maatouq, a Kuwaiti royal court advisor and former religious affairs minister and United Nations envoy.

Hamza Yusuf, the Forum’s vice president and a popular American Islamic scholar who heads Zaytuna College — the United States’ first accredited Muslim undergraduate college — distanced himself from the statement, asserting that he did “not engage in or endorse geopolitical strategies or treaties” and that his “allegiance is and has always been with the oppressed peoples of Palestine, whether Muslim, Christian or otherwise.”

Similarly, while announcing her resignation from the Forum’s board, prominent American Muslim activist Aisha al-Adawiya, founder of the human rights group Women in Islam, said that there had been “no agreement on any kind of support for the UAE’s deal with Israel.”

So did Muhammad Hussein, the grand mufti of Jerusalem. Mr Hussein banned Muslims from the UAE from visiting and praying at Jerusalem’s Al-Aqsa Mosque, Islam’s third holiest site.

However, the statement issued by Abdullah Bin Bayyah, a Mauritanian politician, religious scholar, and the head of the Forum and president of the Emirati Fatwa Council, took a different tone.

Praising “the wisdom of His Highness Sheikh Mohammed bin Zayed Al Nahyan, Crown Prince of Abu Dhabi and Deputy Supreme Commander of the Armed Forces,” the statement asserted that normalization of relations with the Jewish state had “stopped Israel from extending its sovereignty over Palestinian lands” and as a means to “promote peace and stability across the world.”

Mr Bin Bayyah’s defence of the statement reflected the UAE’s definition of moderate Islam as one that is state-controlled and preaches absolute obedience to the ruler. He insisted that “international relations and treaties are among the initiatives that fall within the policy-making purview of the ruler.”

Despite longstanding relations with Abu Dhabi’s ruling Al-Nahyan family, Mr Bin Bayyah was long aligned with their nemesis as vice president of the International Union of Muslim Scholars (IUMS) and the European Council for Fatwa and Research, that was established to provide guidance to European Muslims through the dissemination of religious opinions.

The two groups were headed and founded by Qatar-based Yusuf al-Qaradawi, one of the world’s most prominent living Islamic scholars who is widely viewed as a spiritual guide of the Muslim Brotherhood.

Qatari support of the Brotherhood is the main driver of the more than three-year-old UAE-Saudi-led diplomatic and economic boycott of the Gulf state. The Emirates and the kingdom earlier designated the Brotherhood as a terrorist organization.

They invited the cleric to the Emirates the same month that Egyptian President and Muslim Brother Mohammed Morsi – the post-2011 revolt democratically elected head of state -- was toppled by a UAE-backed military coup.

In a letter Mr Bin Bayyah sent three months later to the IUMS, he announced that he was resigning from the group. He wrote: “the humble role I am attempting to undertake towards reform and reconciliation (among Muslims) requires a discourse that does not sit well with my position at the International Union of Muslim Scholars.”

Mr Bin Bayyah wrote his letter after the IUMS had bitterly denounced the Egyptian coup and condemned the subsequent brutal repression of the Brotherhood and he published it to demonstrate to Emirati leaders that he had ended his association with Qatari-supported Islamic groups.

The courting of Mr Bin Bayyah emanated from Prince Mohammed’s realisation that he needed religious soft power to justify the UAE’s wielding of hard power that started with the Egyptian coup and expanded with military interventions in Yemen and Libya.

The emergence in recent years of Mr Bin Bayyah – a celebrated Islamic jurist whom Islam scholar Usamaa Al-Azami dubbed “counter‐revolutionary Islam’s most important scholar” – as the religious face of the UAE coincided with the 93-year-old Mr Qaradawi’s withdrawal from public life.

The backlash sparked by Mr Bin Bayyah’s statement highlights the Achilles heel, at least in the Muslim world, of the UAE’s religious soft power ploy.

“The counter‐revolutionary Islamic political thought that is being developed and promoted by Bin Bayyah and the UAE suffers from certain fundamental structural problems that mean its very existence is precariously predicated on the persistence of autocratic patronage,” Mr Al-Azami asserted.

“Its lack of independence means that it is not the organic product of a relatively unencumbered engagement with political modernity that might be possible in freer societies than counter‐revolutionary Gulf autocracies,” he added.

Mr Al Azami’s criticism goes to the heart of the debate, particularly in Turkey and Indonesia, on Islam’s ability to recontextualize itself and break away from the shackles of outdated concepts and traditions without being freed from control by states that seek to impose a self-serving vision of the faith.

Expressed more bluntly, Yahya Birt, a scholar of British Islam and a convert to the faith, who has researched UAE-backed clerics, argued that there is a discrepancy between how they project their sponsors abroad and the reality on the ground.

“The extracted price of government patronage is high for ulema (religious scholars) in the Middle East. Generally speaking, they have to openly support or maintain silence about autocracy at home, while speaking of democracy, pluralism, and minority rights to Western audiences,” Mr Birt said.

The backlash to the support of the UAE recognition of Israel by the Forum and Mr. Bin Bayyah suggests a serious flaw in the Gulf state’s approach to religious soft power: It targets first and foremost Western corridors of power rather than the Muslim community at large.