Travel is my antidote for fear. As Covid eases, I’m heading out again 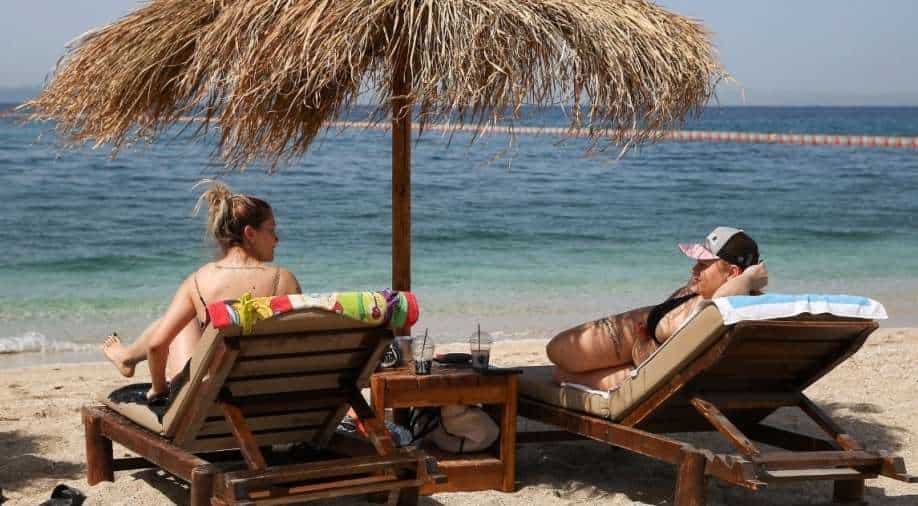 With a willingness to be flexible, the rewards of the road still await

A quarter century ago I was walking across Spain on the Camino de Santiago, the ancient pilgrim route. Two weeks into my 500-mile hike I was anxious, lonely and miserable. Each day was worse than the one before. I felt like a failure and a weakling.

One afternoon while walking through a parched field of cut wheat in the high plateau under blistering sun, I dropped to my knees and began to sob. My tears had caught me unaware and were unstoppable. I cursed whatever God I half believed in and demanded answers for why I felt so alone, so frail, so incomplete. I cried myself out, got to my feet and trudged on, six hours to the next village. I found a bed and fell into dreamless sleep.

The next morning I was back on the trail. Shuffling along, I couldn’t shake the feeling I had forgotten something. I stopped and checked my pack. Twice. Nothing was out of place or missing. An hour later I was taking a break beside a barn, snacking on a wedge of cheese and a hunk of stale bread. As I went to hoist my pack and soldier on, I became aware of hearing birds call, distinct and clear. I noticed how crisp the colors around me appeared, the burnt umber of the earth, the high red of a nearby tractor. The few puffy clouds overhead appeared to morph and shift in a way that felt almost preordained. The sensation was one of being wide-awake. Then it dawned on me — what I had “forgotten,” what I didn’t have, what I was missing. It was fear.

As we enter our third calendar year under the cloud of Covid, I have been thinking a lot about fear, its destabilizing, paralyzing hunger — and about travel and how we need its transformative power more than ever. Despite the slogans early in the pandemic that “we’re all in this together,” so many of the people I know have felt so alone, so isolated, so trapped, and yes, so afraid.

It strikes me now as strange that I had not been aware of fear’s presence in my life until that moment of its first absence. But anxieties born in childhood had become such a part of my rhythm that they were accepted without thought. Beside the barn I suddenly felt myself fully, without need to justify my being. It was a feeling like none I had known. I was, for the moment at least, free. Finally, I thought, here I am. And I wanted more of it.

Since I had experienced this sensation while on the road, it naturally followed — my reasoning went — that by traveling more I could build on this moment. In the void created by the absence of so much fear, feelings of joy and generosity rushed in, which led to connection with others and the world at large. I traveled to Asia and Africa, throughout Europe and South America. I met people who seemed so different, yet on closer inspection shared the same feelings I did. The farther from home I got, the more at home in myself I grew.

As variants spike and recede, it seems that Covid, in one form or another, will remain with us. Fear needs to be mitigated. And fear is a cunning and dangerous foe, a subtle and corrosive taskmaster, and it can bludgeon like a hammer. Not unlike the virus we now combat, or a politician hungry to remain in power, fear mutates, and finds a way to endure. Franklin Roosevelt. assured us that we had nothing to fear but fear itself. He knew, as many of us seem to have forgotten, that wherever fear calls the shots, trouble follows.

Fear demands submission while hiding behind good intentions. It incites wanton disregard in the name of independence. And when called out, fear is quick to justify itself: “If you’re smart, you’ll be afraid. Very afraid.”

Maybe there’s another answer, one that is paradoxical to the narrative we’ve been living. Whatever the effectiveness of closing borders, there’s little doubt that it has succeeded in exacerbating our (not always) latent fear of the “other.” But isolation is a devil’s garden. Of course, due diligence and responsible behavior are required in such a fluid situation, but taking back our agency has its own rewards. With the proper precautions, travel may provide a most unlikely way out of this quagmire of fear in which we find ourselves.

The great travel writer Paul Theroux said that “travel is optimism in action.” Confronted with ever-changing restrictions, complicated and confusing testing protocols, and inconsistent messaging, travelers today need all the optimism they can muster. But reduced services and limitations that we have learned to take in stride at home during the pandemic have created in us an adaptability that is an ideal quality for the road. If you have a willingness to be flexible, the rewards of travel still await.

I recently returned from Ireland, where fewer travelers lent the place a homey feel I hadn’t experienced since before the Celtic Tiger roared. I fell in love with the Irish anew and returned energized and expansive — feelings in short supply during Covid.

Over the summer, inspired by my desire to allay the fear that had built up in me over the pandemic, I again walked across Spain for a month on the Camino de Santiago, this time with my 19-year-old son. The liberation we both experienced was profound. The tyrannical rule of fear could not stand up under the force of human connection. Optimism returned. And I’m headed to Antarctica, where I trust all that fresh air and open space to keep me safe. The thought of encountering blue ice elicits a sense of hope that has been absent for too long.

It might feel counterintuitive to leave what is familiar and seemingly safe to venture out into the unknown in order to be free of life’s terrors, but that is exactly what has been my liberation. It’s always easier to sit on the couch than to get up and go. But maybe the couch is no longer the answer. Perhaps it’s time, with the proper safeguards, to get back out there. Travel still has the power to amaze, to delight and surprise, to awe and inspire, to unite, and most important right now, to obliterate fear.