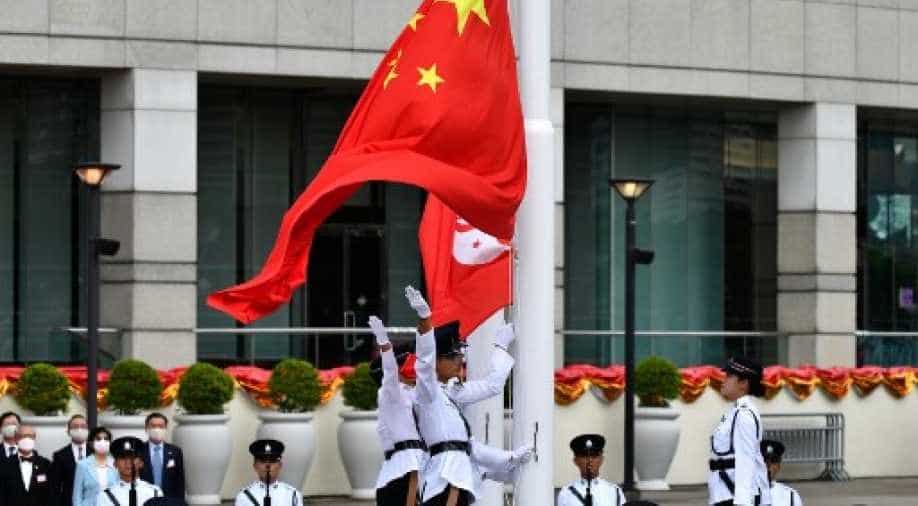 China has not concealed its ambition to become the global superpower by dominating the world politically, economically and militarily. To achieve its ambition, China believes that any means, ethical or unethical, would be appropriate. It further thinks that the world opinion is impotent and need not be taken seriously and can even be ignored with contempt, so long as it remains economically and militarily strong.

In the past, China has aggressively occupied Tibet and in the process massacred thousands of innocent Tibetans. It is laying claims to the South China Sea and Senkaku Islands, with least care about the protest from Japan, Vietnam, Philippines and others. It is occupying thousands of kilometres of Indian Territory and is claiming more. While it is threatening to invade Taiwan, which may well happen sooner than later, it is suppressing liberty and freedom of people in Hong Kong with brutal force. Several countries have objected to China’s such aggressive strategies but China is going ahead, as it is convinced that the world opinion matters little.

China very well knows and probably several countries also know that China is vulnerable to trade pressure, as it’s economy is very largely dependent on exploiting the global market.  To check China’s greed and ambition, US President Trump started a trade war, which impacted China to some extent.   But, Trump did not get much support from other countries including those in Western Europe.

Now, with most countries becoming weakened due to COVID 19 crisis and USA facing humiliating internal conditions due to bitter hate politics between the two parties and in the process getting it’s global image severely hurt, China obviously thinks that present is the right time to assert it’s position and move on with its clever strategies.

With China’s expectation that every country in the world can be made to be tempted by China’s huge market and knowing very well that no country in the world would challenge China that would make them lose China’s market, China has successfully kicked off RCEP ( Regional Comprehensive Economic  Partnership ).

Countries which have been clearly accusing China in recent time like Australia, Japan, Philippines have joined the RCEP with the clear objective of enhancing trade with China.

Only India has refrained from signing RCEP with the courage of conviction and confidence that it can protect its interests and it has alternate option without joining RCEP.

In recent months, we have been repeatedly hearing about QUAD where India, Japan, Australia and the USA have formed an alliance, which is widely perceived to be an anti-China alliance.

China and Australian governments have been exchanging bitter statements. Japan even went to the extent of providing special incentives to Japanese companies to withdraw the investments from China. Now, Australia, Japan and twelve other countries who have certainly expressed doubts and misgivings about China’s intentions in recent times have joined RCEP.  What to make of this?

Obviously, these countries seem to think that economic interests and political interests are a different matter. They do not seem to understand that it would be a naïve idea to separate economics and politics in devising the policies for any country.

Perhaps,  countries like Australia, Japan, Korea which are all reasonably well developed seem to be thinking that China would not be able to use their countries as dumping ground for its goods and services. This remains to be seen.

Even a casual observer cannot but get an impression that countries like Japan and Australia have fallen into China’s trap. Certainly, China would not give up its claims on the South China Sea or Senkaku Island, in spite of the affected countries like Japan, Vietnam, and the Philippines joining RCEP.

They are bound to learn at great cost soon that their sacrificing political interests for the sake of economic interests are an unwise gamble and short-sighted policy.

With several weak countries like Pakistan, Bangladesh, Sri Lanka and a few others already falling into China’s trap, China now seems to feel confident that it’s strategies and approaches have been further vindicated by its clever and successful RCEP strategy.

By joining this RCEP, Japan and Australia, who are part of the QUAD, have belittled themselves and have virtually accepted that China is a  big brother and in the process, they have made  QUAD  Accord a laughing stock, which virtually means that they themselves have become a laughing stock in the eyes of the world.