Priyanka Chopra-Nick Jonas: Is it me or do you also cringe at those happy life pics? 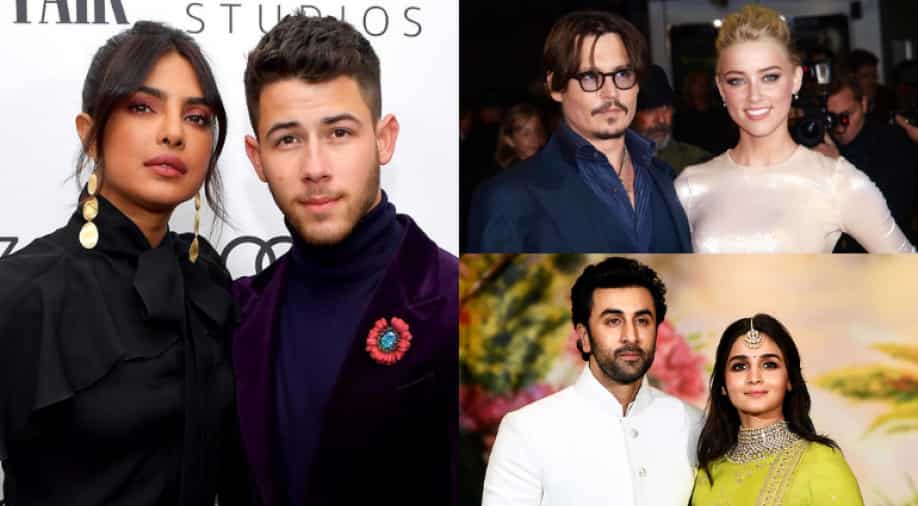 In this combination of images, Priyanka Chopra can be seen along with Nick Jonas, actors Amber Heard and Johnny Depp and Ranbir Kapoor and Alia Bhatt. Photograph:( Twitter )

During the Covid pandemic, several celebrities stuck at home shared tidbits from their daily lives as if that would help millions in lockdown get through their miserable days

"One more sugary picture of Priyanka Chopra and Nick Jonas and I will..."

Because, what's with this obsession over one actor and her singer husband in media, particularly digital media?

What forces online news and entertainment outlets to fall over one another to report the minutest details of this ‘marriage made in heaven?’ Who is controlling who? Is the celebrity controlling Instagram? Is instagram pulling the strings of media, or is media seeking out the celebrity?

And what cultural, social and any other value do these random updates provide?

During the Covid pandemic, several celebrities stuck at home shared tidbits from their daily lives as if that would help millions in lockdown get through their miserable days.

Many people saw through it and mocked the hell out of celebs. One ‘singathon’ of ‘Imagine’ led by Gal Gadot was particularly targeted with savage commentary on out-of touch celebs.

From the first wave of Covid onwards, several commentators questioned whether the pandemic would herald the end of celebrity news as we knew it.

The pandemic is now receding, or we have learned to live with it, and celebrity droll is back in full force. 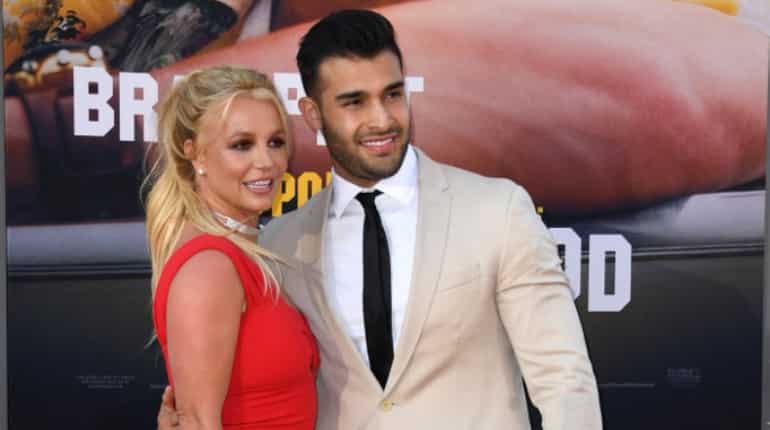 In picture: US singer Britney Spears (L) and boyfriend Sam Asghari arrive for the premiere of Sony Pictures' "Once Upon a Time... in Hollywood" at the TCL Chinese Theatre in Hollywood, California

Celebrity sharing of mundane aspects of their lives is here again.

Every minute detail of Katrine Kaif – Vicky Kaushal's marriage is examined threadbare. Alia Bhatt and Ranbir Kapoor's marriage, despite it being very low key for a Bollywood royalty affair, was among top searched news for a few days in India. And now, every murky, nauseating details of their contentious marriage is being shared in a courtroom by Johnny Depp and Amber Heard.

But how much celebrity sharing is too much sharing? Will it all back-fire some day?

Lessons from the Will Smith family

I had a similar cringing feeling when Will Smith and wife Jada Pinkett Smith went on a 'sharing spree' in the past few years on social media. In picture: US actor Will Smith(L) and Jada Pinkett Smith attend the 94th Oscars at the Dolby Theatre in Hollywood, California

Everything about them, particularly their private and sexual lives, affairs, cheating, open and polyamorous marriage, was laid out in public for you.

They made an art of washing dirty linen in public.

In the run-up to this year’s Academy Awards, Will pulled all stops to get attention to his life and work. Weight loss stunts, daily life vlogs, biography reading sessions, sharing controversial details about his life and wife, shocking statements like how he wanted to kill his father...

The script was perfect. He kind of felt he deserved an Oscar. And on the day he got it, he ruined it all.

He will be forever remembered as the actor who slapped on stage the Oscar presenter Chris Rock on the day he won the best actor Academy Award for ‘King Richard’. All the PR drivel that was supposed to lead up to that momentous occasion went down the drain, and there was radio silence from

Will after the fateful Oscar night.

At the time of writing this, the last Instagram post by him was an open apology to Chris Rock. Just look at the mood in the previous posts on his Instagram feed and you get the idea about the downfall.

And last heard, he has resurfaced in India. Jada referred to a ‘healing process’ in the latest edition of ‘Red Table Talk.’ Is Will on a spiritual ‘healing journey’ in India?

Celebrity news is sawdust, not stardust

This is the context in which I wrote the first line of this piece. There is a conscious attempt to create an aura around celebrity personalities, a happy-go-lucky life that the average person picking up the gossip magazine at the end of the shopping queue wants to live but can't. It's the life that, paradoxically, creates a sense of elation and frustration at the same time for those obsessed with celebrity news.

In recent years, it has also taken another cynical twist: celebrities sharing their fears, anxieties, and depression stories. While it may help foreground mental health issues, the celebrity is at the front and centre of attention, period. At the end of the day, it is fluff, a jacuzzi bubble.

Virality: Celebrity is the paparazzi

Celebrities treating media like their poodles, thinking every action of theirs will be lapped up by the paparazzi, is nothing new. But the difference now in the post-social-media world, is that the celebrity IS the paparazzi.

Once upon a time, for eight days in 2007, the news agency Associated Press decided to not cover anything on Paris Hilton, the socialite who in those days was famous for a sex tape, a reality show, and drunken charades at nightclubs.

“It wasn’t based on a view of what the public should be focusing on…editors just wanted to see what would happen if we didn’t cover this media phenomenon, this creature of the Internet gossip age, for a full week, ” AP had said at the time.

This was the pre-social media era. Is it even possible today?

Today, it would be derided as ‘cancel culture.’

But the Paris Hilton ‘media boycott’ was an attempt at the time to deliberately forget a celebrity who didn't add value to anything, except for herself. 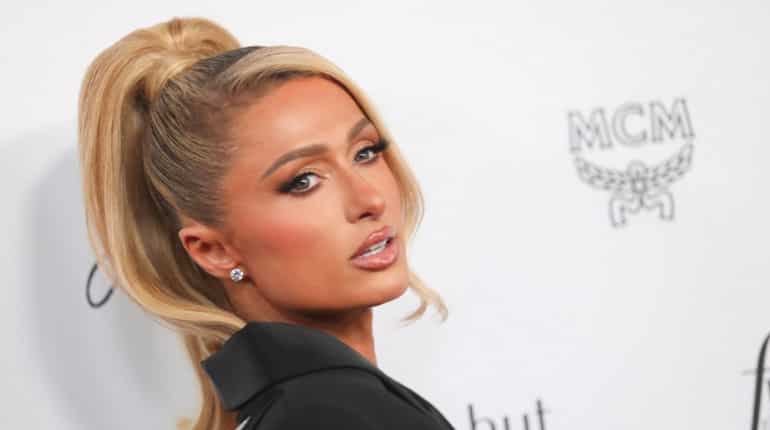 Perhaps it worked. Paris was not mainstream for quite some time, briefly reappearing in 2020 as the protagonist of a documentary about reform school abuse. That has not however re-instated her anywhere near the celebrity ‘royal’ status she once had, though there is still a very strong fandom behind her.

Today, nobody is doing an AP on any celebrity, Priyanka or the Kardashians. The latter at one point in time were famous for being famous. It's a different matter that, over the years, through their reality series and individual business empires, the Kardashians are far more accomplished now.

And Kim Karadashian continues to cynically milk her ‘sex tape’ controversy, that she herself admits had helped her fame. 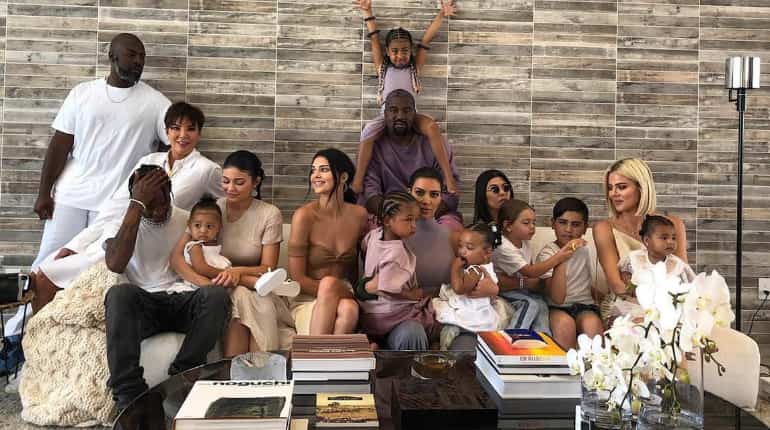 In picture: Kim Kardashian, Kourtney Kardashian and Kris Jenner can be seen with the rest of their family members

So let's get back to the moot question? Why are we so obsessed? Who is to blame?

It's the dog that eats its own tail. People search celebrity news on Google, and Google makes that the trend, and the trend compels news organisations to cover more of the trending person.

It's a vicious circle.

Till the tech giants that control the content flows into our news feeds and minds decide to tweak their algorithms to 'cancel' the celebrity or leader, just like they did for much of the Trump family, this drivel will continue.

Till that happens, your news feed will continue to be flooded with more Priyanka - Jonas happy pictures.