Opinion: Why US needs to revisit CAATSA 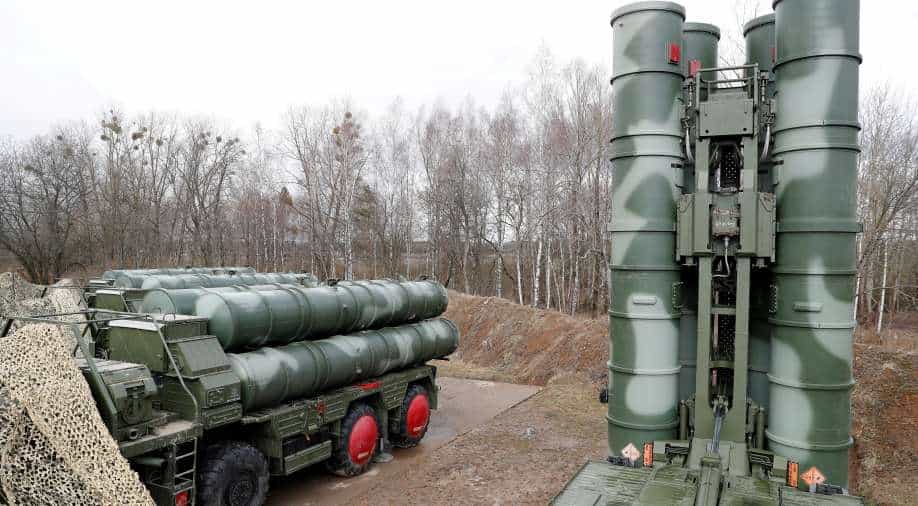 When President Donald Trump signed the Countering America's Adversaries Through Sanctions Act (CAATSA) in August 2017, a US federal law to impose sanctions on Iran, North Korea and Russia, he believed the legislation was "seriously flawed", notwithstanding the overwhelming majority with which it was passed by the House (419–3). At that time American’s anger over Russia on Ukraine issue and allegations of meddling in US elections was such that no-one realised that it could create foreign policy dilemmas later. Recently, two key Senators have urged President Joe Biden to waive possible sanctions against India for purchase of Russian S-400 to conserve important strategic partnership in the interest of national security of US.

What problems CAATSA poses on US foreign policy choices?

Under the Trump administration, then-Defence Secretary Jim Mattis and then-Secretary of State Rex Tillerson had argued “We believe that the application of CAATSA sanctions could have a deleterious effect on a strategic partnership with India, while at the same time, not achieve the intended purpose of deterring Russian arms sales”. Washington needs to be realistic that sticking to CAATSA in interdependent world is counterproductive and diversion from main focus of countering main threat from China. One of the aim of CAATSA was economic strangulation of targeted countries mainly Russia. The sanctions have pushed the targeted countries closer to China, to an extent that Russia has reluctantly become a junior partner to China due to financial compulsion to mitigate sanctions from the west. Russia is going ahead with China despite the fact that Chinese Belt and Road Initiative is side-lining Russian dream of Eurasia and many other friction points amongst the two.

It is worth considering for United States that in its long-term interest, weakening Sino-Russian nexus may be a necessity and CAATSA is doing just the opposite. Russia continues to be the second largest arms supplier in the world. The idea of economic isolation of Russia is also irksome to US allies like Germany and other European countries, who are highly dependent on Russian gas. EU is keen to trade with China and Russia. In the interdependent world, wherein USA itself is dependent on Chinese supply chain on numerous commodities, expecting others not to do business with targetted countries is unrealistic. CAATSA is constraining foreign policy of US into dilemmas of waivers to save strategic partnerships, as one such dilemma will soon appear when India starts receiving S-400 systems, risking a dent in its strategic partnership, Indo-Pacific strategy and the newly formed Quad. It also has potential to strain its relationship with some NATO allies like Germany and France wanting to engage with Russia and China. Post CAATSA, China which hardly had any genuine friend earlier, seems to have an anti-US Axis in terms of China-Russia-Pakistan-Iran-Turkey and Taliban in waiting. Sanctions against China and Turkey for procurement of S-400 haven’t shown any worthwhile impact, as USA’s supply chain dependency on China, despite minor decoupling is substantial and Turkey continues to be unpunished NATO member.

The threat of CAATSA is hurting its strategic partners like India. Indian military hardware is heavily dependent on Russian technology, maintenance, procurement of hardware and spares. For many decades Russians have been collaborating with India in its indigenous manufacturing programmes and were amenable to transfer of technology, which India was finding difficult to procure from US. It includes some major systems like nuclear-powered submarines, warships and nuclear reactors. Lately due to the geo-political, strategic and economic considerations, India is trying to be self-reliant, as well as diversifying procurement from various countries to include US, France, Israel and few more. In last decade, the defence procurement from Russia has gradually reduced from over 65 per cent approximately to nearly 53 per cent and correspondingly, it has increased in favour of US, Israel and France. There is a noticeable upward trend in purchase of US military hardware, as the year 2020 alone saw a purchase $3.4 billion worth of US military equipment, indicating enough accommodation by India. In a buyers’ market, US has competitors to include Russia, Israel and France, and every country will make sovereign choice to pick the best deal including India.

USA undoubtedly is an important global strategic partner of India in the current geo-strategic equation with congruence of interests in most global issues. India continues to do its best to respond to sensitivities and concerns of USA, at times, risking some of its old relationships like Iran. To accommodate US interest, India reduced import of oil from Iran facing a cost disadvantage, as Iran oil was being imported in Rupee terms, in crude form and attuned to existing refineries in India. India also suffered by almost losing out stakes in Chahbahar Port to China, which was too willing to embrace Iran with $400 billion deal. India doesn’t seem to be repeating the same mistake with Russians, who haven’t done anything bilaterally, which demands a divorce in mutual relationship.

India signed a $5.4 billion deal with Russia in 2018 to buy the S-400 Triumf surface-to-air missile system and made a down payment and plans to complete the purchase by 2025. S-400 was chosen because it was most suitable to Indian requirement at that point of time. It’s a done deal and India is unlikely to pull back, irrespective of the pressure from US. During recent Indo-US Summit, S-400 was not even on the agenda, as India has nothing to discuss, having locked the deal three years back. The US apprehension in context of use of Russian systems in close integration with US systems and the associated chances of operation information or technology leaks are unfounded, because India is already operating the equipment of West and Russia simultaneously, without such complaint. Additional checks, balances and interoperability issues can easily be worked out as both countries have already signed basic foundational agreements. At this point, it’s impossible for India to run into risk of halting Russian procurement and supply chain of spares for existing inventory. The technological leakage argument is more valid for Pakistan and Afghanistan, which have been armed with enough modern hardware by USA, some of which is readily available to China for reverse engineering.

US needs to revisit CAATSA

US needs to come out of superpower syndrome of leaving no choice with strategic partners, but to defy, to pursue its own interest through laws like CAATSA. USA could not moderate behaviour of any country under sanctions through CAATSA proving the point of Tillerson and Mattis of not achieving the intended purpose. If CAATSA can be a cause of cracks in Quad, diversion of focus from USA’s main adversary, then its better to revisit it, because some global challenges have become so enormous that they require chorus of all democracies and response of America alone may not be adequate.  The advise of John Cornyn, R-Texas, and Mark Warner, D-Va to President Joe Biden to call for a waiver on national security grounds makes lot of sense in strategic cost benefit analysis.