Opinion: US snubs anti-India lobbies, but larger issues remain to be addressed 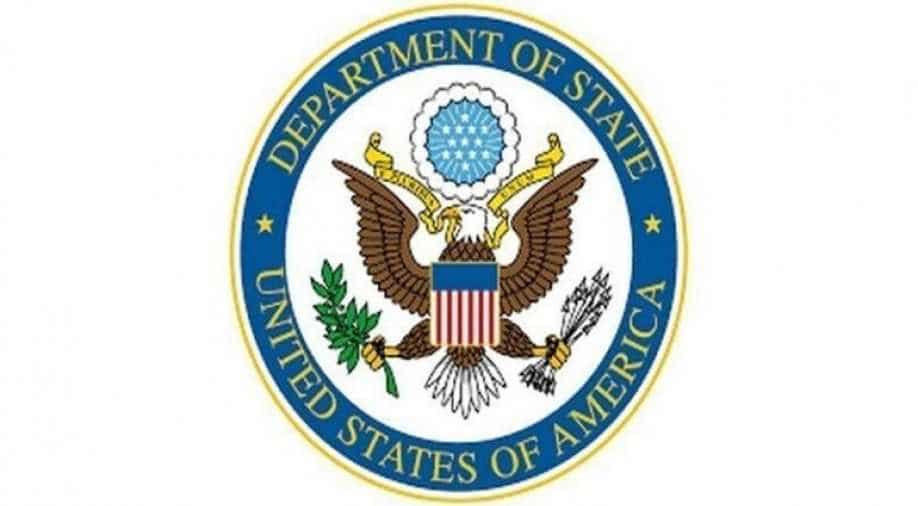 US State Department refused to designate India as a 'country of particular concern', a positive step indeed. However, there are larger issues in the given context

Acting on the annual report of the US Commission on International Religious Freedom (USCIRF), released in April 2020, the US State Department has designated (7th December) ten countries including China and Pakistan as “Countries of Particular Concern” (CPC) for  “engaging in or tolerating systematic, on-going, egregious violations of religious freedom” in those countries. The CPC is considered as the US Government’s official term for countries that are the world’s worst offenders of religious freedom.

The State Department has however rejected the USCIRFs recommendation to include India as well in the list of Countries of Particular Concern. Credit for this must go to India’s impeccable credentials, aggressive diplomatic offensive by India and the prevalence of wise sense upon the policymakers in the USA.

After USCIRF’s annual report this year, 14 US Senators (10 Republicans and 4 Democrats) had urged the State Secretary to accept the recommendations. The move by the Senators was promptly welcomed by the so-called “The Coalition to Stop Genocide in India” (CSGI) which urged the US State Secretary Mike Pompeo not only to accept the USCIRF’s recommendation that India be designated as CPC but also to impose “targeted sanctions” against Indian agencies and officials “responsible for severe violations of religious freedom by freezing those individuals’ assets and/ or barring their entry into the United States.”

While responding to a question from a Pakistani-American journalist at a Press Conference (December 8), as to why Pakistan was included in CPC whereas India was left out, the US Ambassador-at-Large for International Religious Freedom Samuel Brownback said that in the case of Pakistan it was the state that was responsible for most of the violations whereas in India much of it was a result of communal violence.

Mr Brownback hit the nail on its head as far as Pakistan (and also China) was concerned. For there are numerous reports from diverse international bodies documenting the gross violation of human rights including the rights of ethnic and religious minorities as well as anti-government political activists who are being systematically discriminated by the state in Pakistan.

Ambassador Brownback rightly pointed out that half of the world’s people that are locked up for apostasy or blasphemy are in Pakistani jails. China’s track-record in this context is equally bad -be it the persecution of Uighur Muslims in concentration  camps  or the enactment of National Security Law in Hong Kong or demographic changes in Tibet or the forced sourcing of Pakistan’s ethnic minority girls for Chinese bridegrooms.

The US thus has every justifiable reason to designate Pakistan and China as Countries of Particular Concern.
The US State Department’s decision to reject the USCIRF recommendation to include India in the CPC was arguably guided by reasons far more than what was cited by Ambassador Brownback.

The USA cannot ignore the fact that the freedom of religion is enshrined in the Constitution of India which allows not only the freedom to pursue a religion of an individual’s choice but also to preach it freely. Institutional mechanisms are in place to protect this freedom.

The laws enacted by the Indian government are directed primarily towards preventing any abuse of these freedoms,  for instance inducement to conversion through material incentives.

The global community has by and large accepted India’s narrative that the CAA is not devised to deprive Indian Muslims of their Indian citizenship, and that the cow slaughter related laws have been enacted to address the genuine religious sentiments of the Hindus who constitute 80 per cent of India’s population rather than offend any other religious community.

Further, India had condemned the USCIRF report, signalling its displeasure. In a strongly worded statement, the Official Spokesperson of the Ministry of External Affairs said (28th April, 2020) : “We reject the observations on India in the USCIRF Annual Report. Its biased and tendentious comments against India are not new. But on this occasion, its misrepresentation has reached new levels---. We regard it as an organization of particular concern and will treat it accordingly.”

Finally, the US understands the possible adverse political fall-out of taking a decision which is not supported either by facts or by logic and reason but has the potential to create a highly avoidable irritant in bilateral relations with India for no good reasons particularly now when the two countries enjoy a  comprehensive global strategic partnership and when the USA  is counting on India as a counter-weight to China in Asia.

The USCIRF Report episode has thus ended in the humiliation not only of the Commission but also of the certain other anti-India lobbies in the USA.

However, there are larger issues in the given context, which need to be addressed. First and foremost is the question of the right of an individual country- the USA in this case- to judge unilaterally the conduct of the rest of the world on the basis of the standards the judging country wishes to impose on other countries.

Further, what purpose, if any, can such censures serve unless followed by persuasive or punitive measures to motivate or force the erring countries to mend their ways. In the given case the US State Department has designated Pakistan as CPC but for geopolitical considerations refrained from announcing any punitive sanctions against Pakistan despite repeated violations of human rights. Finally, why create parallel unilateral structures when multilateral inter-Governmental mechanisms – UN Human Rights Council in the given case- are already in place?

The newly elected US President should reconsider the US decision in 2018 to withdraw from the UN Human Rights Council and return to the Council with firm determination to reform and strengthen the organisation. The international community must make concerted efforts to reform as well as empower the Council so that it can take un-biased decisions, effectively protect human rights globally and enforce collective punitive actions wherever and whenever called for.

A similar approach must also be adopted for several institutions of global governance that require substantial reforms so that these organizations can inspire the global confidence in their ability to promote a just world order based on the collective will of the entire world community. In such a scenario, the need for unilateral actions and interventions would automatically stand obviated.