Opinion: OTT stars are to Bollywood what European actresses were to Hollywood

While the world’s most glamorous movie industry Hollywood – like our Bollywood – was preoccupied with all that is grand and big, offering seductive star dazzle that paralysed the senses, European films – like OTT – worked with small budgets, outside hierarchies, producing content that was visually & thematically innovative

The year 2020 has triggered a paradigm shift in the way films are made, shown and received by the viewers.  We all know about the lockdown effect on the Bollywood blockbusters & superstars and the effect the STATUE game wreaked on Masala-land.

Salman Khan – Bollywood’s Most Wanted – with trademark swag and dare did something no production house or star dreamt of doing. He released his ambitious Radhe across several digital platforms & theatres, at home & abroad. While reports everywhere indicate that it probably was the DABANGG dasher's most disappointing release in years, to the critical eye and astute Bollywood observer, does this signal the beginning of the end for our star-system?

Is the unconditional love and support from their fans, across decades, suddenly on tricky ground?  Has the combination of the lockdown [out-of-sight out-of-mind] and enriching OTT fare [vigorous, vibrant, varied] altered perceptions, taste & choice of what is good and what-is-not? Will Radhe be an example for Bollywood to pull back and deeply introspect about their traditional, rock-solid affair with stars & content?  Has the rising chorus mirrored the fact that their moment of truth, litmus test and hour of reckoning has indeed arrived?

And finally, has the time come for mainstream Bollywood to unleash their [forever in the dark] brilliant galaxy of actors & celebrate them through powerful, attention-worthy storm-centre roles that portray, with passion & purpose, the linear truth, not glamorously inane armpit rhetoric & hysterical posturing dramabaazi?

For some time now, powered by a magnificent mafia of young, new, daring, exciting directors & story-tellers, this new lot has served notice that to ring out the old and ring in the new is their agenda.  It was never about confronting, challenging or competing with the superstars or the movie moguls.  It was about not being slung out as lonely sentries against the gated Bollywood border. About not being perceived as a one-off curiosity without garnering a decent audience base. This they did by clearly defining the difference between the mainstream and their content profile.

Bollywood manufactured movies. OTT made films. Bollywood sold fantasy and escapism, OTT was into realism with engagement. Bollywood avoided controversy, OTT embraced it. Bollywood strip-mined genres and made movies out of cookie-cutters OTT was passionate about expressing personal vision.

If Bollywood made movies by committees, their product was the result of individual sensibilities. While Bollywood hired directors to do a job, they worshipped at the altar of a process that popularised art in intelligent and relatable fashion. While Bollywood went for spectacle, action and special effects, OTT worked on an intimate scale focussing on misc-en-scene. If Bollywood pandered to popular taste, OTT worked without any set audience in mind, only inner calling. If Bollywood products were embedded in a system that cushioned risk, OTT films flew without a safety net.

So, basically, the OTT films exist in the huge and available space between the shots of Bollywood movies!

To the evolved lover of both Hollywood & European cinema, the similarities are striking. While the world’s most glamorous movie industry Hollywood – like our Bollywood – was preoccupied with all that is grand and big, offering seductive star dazzle that paralysed the senses, European films – like OTT – worked with small budgets, outside hierarchies, producing content that was visually & thematically innovative. Harking back to the older times like our present-day powerhouse actresses, [Neena Gupta, Rasika Duggal, Tisca Chopra, Divya Dutta, Tilottoma Shome, Sahana Goswami and of course the amazing Konkona Sen Sharma, among others] before Simone Signoret’s Room at the Top, could a head honcho imagine that a middle-aged, plump woman could also be desirable?

Before Jeanne Moreau, the idea of a sexy woman with small bosom and experience written on her face was unthinkable! Individuality was the key and names like Anouk Aimee, Monica Vitti & gang were names to reckon with.

Not typically STAR types, they were womanly in their luminous and unique personalities. Wasn’t American society flexible in allowing women alternates to traditional role–playing and life-styles? How does one account for discrepancies in cultural association, myths and movie images? Did Americans polarise their women as Good or Evil? Or in their exuberant lack of introspection did Hollywood caricature and categorise, overplay & overdress?

European films [like our OTT films] didn’t give such easy signals because they broke barriers and silos to reveal themselves as complex creatures containing & combining every element of unpredictability. Audiences thus, saw a range of emotions – not histrionics or performance – and were a riveted party to her fears & fantasies. Nothing stagnated and no one was readable at a glance & yet movies like those compelled us by expanding & sharing the female complex identities, rather than limiting them.

Sophia Loren was a dazzling example. Had it not been for Two Women, - and despite both American & British Academy awards - she would still be wandering about in tattered blouses flashing a tempestuous surface [Boy on a Dolphin, El Cis, Lady L] ignored by the establishment despite the European made Boccacio 70, Yesterday, Today & Tomorrow, Marriage Italian Style, Sunflower, The Priest’s Wife.

At the end of the day, OTT- like European heroines- present her like a woman, not a little girl and refused to surrender to clichés. Since its less sugar n’ spice and more fire n’ ice, viewing it could be – for the uninitiated – like undergoing surgery without anaesthesia! Its cathartic because it cuts you while it cures, enriches and empowers you, re-focusing on the human viscera, probing the dynamics of women’s relationship with each other [Ajeeb Dastans, Lipstick under my Burkha] giving it a vitality & magic, unknown in mainstream fare.  Their perception, conversation and gestures indicate an intelligence which star-driven projects can never dream of because introspection without snappy wit or glibness leans heavily on their concept of mass-entertainment & femininity.

These actors represent anti-box office intellect. They care two hoots for designer clothes, exotic locales or big box-office leading men/directors. Bollywood, like Hollywood, therefore continues to  be totally zapped about how to use these amazingly gifted stars just like the sublime Moreau and Liv Ullman were used as “imported products for exotica appeal” in Monte Walsh & 40 Carats.

So what’s the future? Have these heroines fighting for liberation [equality, choice, opportunity] brought on their own quarantined isolation? They refuse to be fantasy friends and refuse to confuse fame with talent. For them, Cinema is the best way at getting back at life. Everyone creates their own signposts. For these OTT stars the invisible frontier has been lowered, no matter how little. Let’s hope and pray, the angels are on their side. 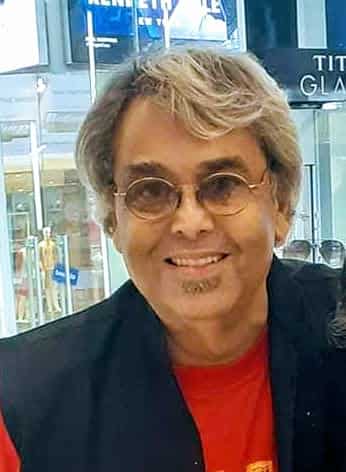