Opinion | On The Margin: New twist, old turn in Nepal 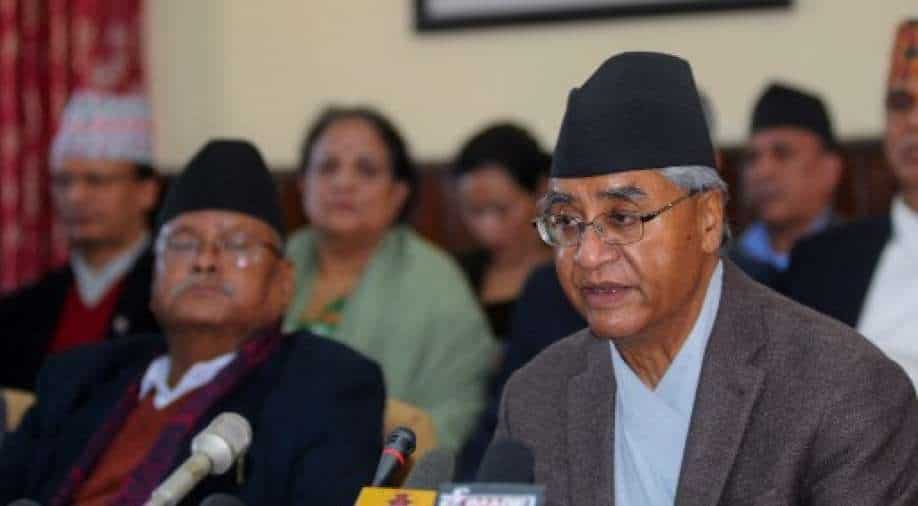 After Oli lost the vote of confidence on May 10, when President Bhandari asked a suitable candidate to stake claim to form the government, NC leader Deuba was the clear frontrunner. He submitted his claim, backed with list of 149 MPs in a house with an effective strength of 271, well in time

The apex court’s intervention, the second in five months, alters the balance of power in the country’s constitutional scheme in a way that was never expected or foreseen.

The court’s first intervention came on February 23, when it ordered reinstatement of the house, which President Bidya Devi Bhandari had dissolved, and ordered fresh elections in the wake of the political crisis that erupted in December 20 last.

The crisis was triggered by the power struggle within the ruling Nepal Communist Party (NCP), triggered by Prime Minister Oli’s refusal, midway through his ministry’s term, to step down in favour of former Maoist leader Pushpa Kamal Dahal alias Prachanda.

Himself a former PM, Prachanda was backed by another former PM, Madhav Kumar Nepal, who had also led Oli’s party before its merger with the Maoists.

In the first instance in February, too, a constitution bench of the court had held the dissolution of parliament to be null and void and ordered reinstatement of the house.

Oli, however, held on to office without calling a parliament session until May, when he sought a vote of confidence as required.

Although 124 in the house of 275 were ranged against Oli, who could muster the support of only 93 members, President Bhandari reappointed him as prime minister on the tenuous ground that he was leading the single largest party.

That marked the president as partisan and her emergence as an active political player who had broken out of her ceremonial role as head of state.

After Oli lost the vote of confidence on May 10, when President Bhandari asked a suitable candidate to stake claim to form the government, NC leader Deuba was the clear frontrunner.

He submitted his claim, backed with list of 149 MPs in a house with an effective strength of 271, well in time. Besides NC members, his list included MPs from Prachanda’s Maoist party—which had returned to its original identity, also in May, after the court had struck down its merger with Oli’s Communist Party of Nepal-Unified Marxist Leninist (UML)—a breakaway group of the Samajbadi Janata Party and 23 UML dissidents.

Not to be outdone, Oli also gave a list claiming the support of 153 MPs. His numbers were suspect because it included MPs who were assumed to be bound by party whips.

The president rejected both the claims, dissolved parliament, appointed Oli as PM again and announced fresh elections to be held in November. This was challenged in the supreme court by 146 MPs who filed 30 writ petitions asking the court to uphold Deuba’s claim to be made PM.

In the event, the court’s constitutional bench has upheld their claim which has brought Oli’s spectacular run as prime minister to an ignominious end.

His handsome victory in the 2018 election was perceived to be because he stood up to India during the nearly five-month economic blockade of Nepal in 2015-16; spurned New Delhi’s diktat to postpone promulgation of Nepal’s new constitution; joined issue with India in the UN; and, fought on a nationalist platform boosted by an alliance of the communist parties.

However, it remains to be seen whether the judicial victory based on constitutional correctness would prevail politically and bring back stability to the fractured polity.

Deuba has 30 days to prove his majority. His chances of clearing this floor test depend not only on Nepali Congress MPs but also on Prachanda’s Communist Party (Maoist) and the UML dissidents led by Madhav Nepal. These supporters are certain to extract their pound of flesh to refrain from giving the revolving door of the PM’s office another turn.

Even after winning the vote of confidence, Deuba has to contend with the changed balance of power where the lines between parliament, judiciary and executive are no longer what they were; and, a president who has proved to be interventionist.

In addition to the supreme court and the president, Nepal’s multiparty democracy is also confronted with two big powers, India and China, which seek to influence the course of its politics and policies, and not always discreetly or by diplomatic means.