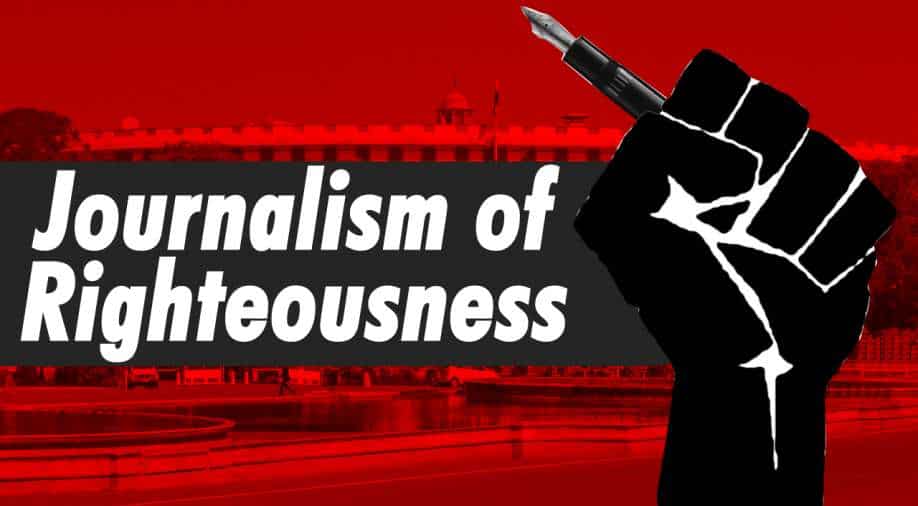 The practice of pushing the truth has been stretched to such an extent that it has become a self-serving exercise.

Crisis in Indian journalism is an understatement.  Indian journalism has become a victim of imagined righteousness which is bereft of compassionate view of human existence. Truth is being weaponised and used selectively and tactically to run down people and communities with an alternate perspective on stories and life.

Many would argue that the pendulum has swung to the other side where the Indian Left has been brought down from the high horse of intellectual domination to be replaced by the ugly bias of the
Indian Right which continues to use the massive electoral victory of 2019 to justify policies and views which have sown discord in society. The casualty of this extreme swing has also been journalism.

The practice of pushing the truth has been stretched to such an extent that it has become a self-serving exercise. Indian journalism was proud of its activism. It played an important part during the Emergency. Subsequently, activism became subordinate to political and corporate interest and many budding stars paid the price for it. It exposed the seamier side of journalism which chipped away its moral high ground.

Today's narrative is dominated by viciousness and pure bias masquerading as free speech on social media. It is for this reason, the value of good journalism has been reduced to the number of hits on social media. Instead of a place to celebrate ideas, it has become a battleground to gain blind followers.

The taming of ideologically closed liberal mainstream journalism has come with a great price. It has been replaced by journalism of righteousness. This form of journalism assumes primacy of its own truth. It discredits the other version and thrives on the idea of submission of an individual to the greater good which includes compromising the Rights vested in individuals. It works in coordination with' the government and only questions the Opposition. lastly, it works to organise information as knowledge and limits investigative journalism on state through self-discipline.

Further, it pushes a highly opinionated form of reportage which questions everyone but the state, where opinions do not meet, the other runs the risk of being discredited as non-
journalist.

The crux of the matter lies in the fact that journalism instead of reporting facts has metamorphosed into an ugly crusade supporting the idea of the state for society. It also refuses to accept and live with shades of grey. The idea of showing a mirror to the society and individuals through reportage is being replaced with a campaign to help governments to keep up a good image.

This success was not built-in a vacuum. It was built on the collapse of the liberal experiment which failed to understand changing nuances of politics in India and especially that of the Hindu society.

It also draws strength from moth-eaten political dynasties in politics which instead of reimagining India ended up sustaining pre-existing order to perpetuate self-interest. A section of media actively aligned with this interest and paid a heavy price for it. It lost its ability to challenge the journalism of righteousness from a moral high ground.

Today the challenge for the people of India and journalists in the age of extreme righteousness is that has created divisions in the society. India needs to heal. Journalists need to understand this.

The liberals also need to understand that older definitions will not work as Hindu society has changed, and backward politics has been reduced to caste politics. Journalism needs to reflect that too. It needs to become a tool to understand society and not divide it.