Jeff Bezos is taunting politicians. Will they take the bait? 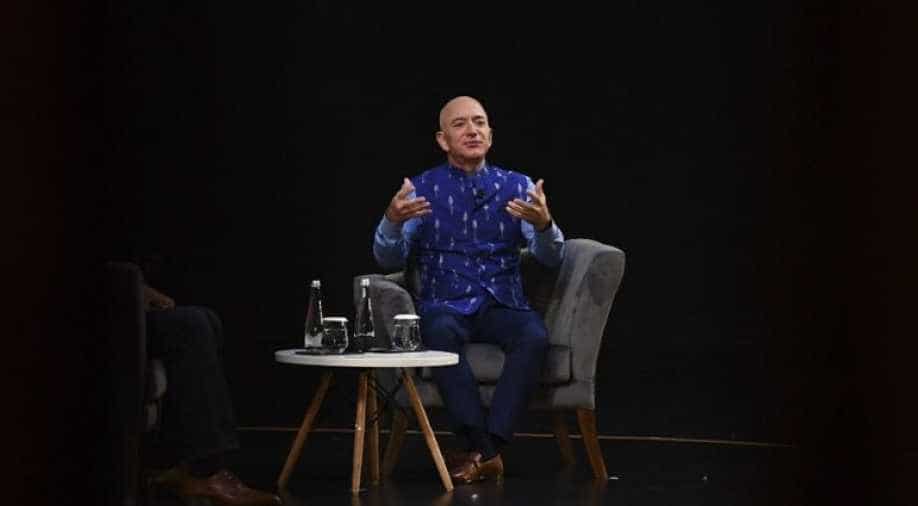 A labour battle in Alabama is a referendum on Amazon's strategy.

It’s hard to decide who is having a better troll moment on Twitter this week: Jeff Bezos or Lil Nas X.

Both the internet zillionaire and the puckish rapper spent the last week trying to bend public sentiment to their will, using sharp digital techniques that left fans cheering, detractors screaming and the rest of us wondering what the heck just happened.

Since founding Amazon in the mid-90s, Mr. Bezos has gone from being an aw-shucks, squishy, pleated-khaki-wearing geek to a kind of Lex Luthor-style tech god — all muscles, tightly fitted suits and sheen.

He has led a surgical and controlled effort to press the company’s interests through its huge growth and disquieting disruptions. And in the face of attacks — even unhinged ones, like those from former President Donald Trump — Mr. Bezos and his deputies have mostly said little as Amazon relentlessly marched to domination in its arenas. (One exception was Mr. Bezos’s angry public response to the release of sexts he had sent to his current partner.)

The backdrop for the recent series of pugnacious tweets was a closely watched labor showdown at an Amazon fulfillment center in Bessemer, Ala. Workers there have voted on whether to unionize — results are expected in the coming days.

For organized labor, the voting is a test of its appeal in the ever-growing digital economy. And for Amazon, the result will be a measure of its aggressive expansion strategy. The company also has its eyes on Washington, where there is increasing appetite for regulation of Big Tech.

In short, both organized labor and Amazon view the Alabama battle as a fight for hearts and minds, not only there, but across the whole country.

The fight over worker rights at Amazon has been brewing for a while. The company is on its way to becoming one of the nation’s largest employers, having <a href="https://www.nytimes.com/2020/11/27/technology/pushed-by-pandemic-amazon-goes-on-a-hiring-spree-without-equal.html" rel="nofollow">added hundreds of thousands</a> of workers over the last year of pandemic — reaching close to 1.3 million for its full- and part-time staff members — as demand for its products and services swelled.

That has made it an enticing target for unionization, especially as complaints about working conditions at the company have increased in recent years. Many workers are unhappy with how much they are monitored, the unsustainable pace and the physical toll of the work.

Amazon had moved to diminish criticism over its treatment of workers nearly three years ago by increasing its minimum wage to $15 an hour and expanding health benefits. That wasn’t enough.

A range of powerful politicians from both sides of the aisle have weighed in over the years, usually to criticize the company. Most of the time, Amazon has remained tight-lipped publicly. That changed last week when the company decided to respond in a combative way to criticism delivered by Senators Bernie Sanders and Elizabeth Warren.

The powerful head of the consumer business, Dave Clark, addressed Mr. Sanders’s trip to meet Amazon workers in the state with max snark: “I welcome @SenSanders to Birmingham and appreciate his push for a progressive workplace. I often say we are the Bernie Sanders of employers, but that’s not quite right because we actually deliver a progressive workplace for our constituents: a $15 minimum wage, health care from day one, career progression, and a safe and inclusive work environment.”

It was obnoxious enough, but calm compared to the Trumpian style over at Amazon News’s handle, which went after Ms. Warren, a perpetual thorn in tech’s side:

“This is extraordinary and revealing. One of the most powerful politicians in the United States just said she’s going to break up an American company so that they can’t criticize her anymore.”

It went on and on, dripping with the kind of bad-ittude you rarely see from a major corporation.

Here’s what was more extraordinary — and revealing — to me: One of the most powerful companies in the world could not take criticism from politicians without acting like one of the biggest babies in the world.

At first, it seemed like a bonkers strategy, and I immediately got numerous texts from high level and tough public relations folks in tech, all of whom were also dumbfounded. One savvy P.R. pro at a big tech company wrote to me: “Those Amazon tweets are malpractice. They are letting internal frustrations drive external messaging. Total lack of discipline.”

Indeed, it all felt oddly emotional and risky, which is why it was clear that the decision to launch such attacks could have been made only by someone who never suffers when mistakes are made: Mr. Bezos.

Why would he take such an approach?

I don’t think his intention was to influence the union vote in Alabama. Instead, the goal was to goad progressives into proposing legislation around things like data privacy and a $15 federal minimum wage that Mr. Bezos knows cannot pass without being watered down and, thus, made less dangerous to giants like Amazon.

After gaining immense power in the pandemic and becoming one of the best-liked brands around, the company is now saying to Washington legislators, who have dragged their feet and held endless and largely useless hearings about how to deal with tech: I dare you to regulate us.

For Amazon, weak regulation would certainly be much better than having to talk about the very real human toll that free shipping might have on its workers. It’s an attitude that we will see adopted by a lot more tech leaders who are going to try to use the momentum for regulation in their favor, rather than let it run over them.

In a recent congressional hearing, for example, Facebook’s chief executive, Mark Zuckerberg, sheepishly proposed changes to Section 230 of the 1996 Federal Communications Act, which gives platforms broad immunity for content posted on their sites. Many observers felt, though, that Mr. Zuckerberg’s proposals were a smoke screen that would ultimately benefit Big Tech companies like Facebook.

It’s high-risk, but possibly high reward, which has been Mr. Bezos brand for his entire career, even before he was armed with all this power and money.

Most of the rest of tech has opted to put on sackcloth and ashes and make a million meaningless apologies to the public and Congress for a wide variety of mishaps over the years. But Mr. Bezos is being deliberately provocative in an attempt to gain leverage by pointing the blame back at legislators. He’s accusing them of all talk and no action.

It’s reminded me a lot of Lil Nas X, whom The New York Times dubbed “Clapback Champ” this week for his rollout of a new music video and single, “Montero (Call Me by My Name).”

“The song, the video, the shoes — they are bait,” The Times said about Lil Nas X. “He is a grade-A internet manipulator and, provided all the tools and resources typically reserved for long-established pop superstars, he is perfectly suited to dominate the moment.”

(Kara Swisher is the host of “Sway,” a New York Times Opinion podcast, and a contributing writer for The Times. She has reported on technology and technology companies since the early days of the internet.)