Is Nawaz Sharif victim of a political witch-hunt? 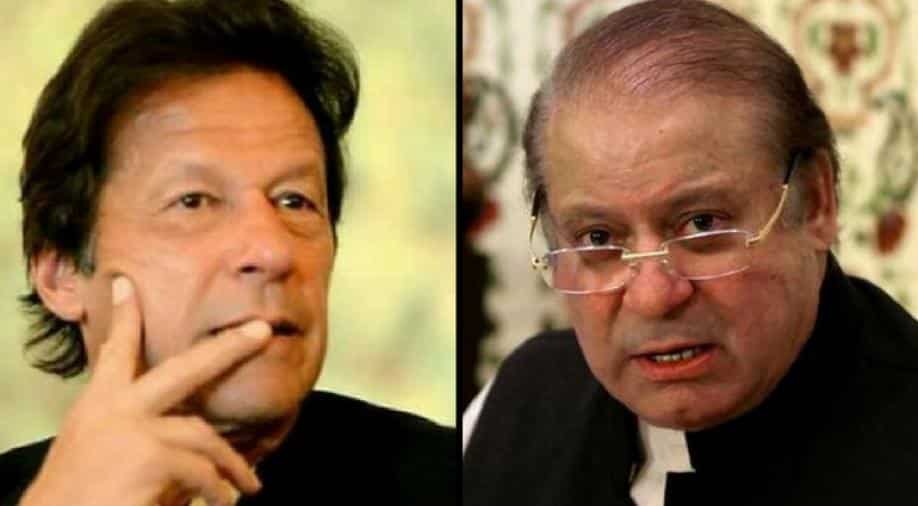 Imran Khan-led government has decided to move the UK authorities seeking deportation of former Prime Minister Nawaz Sharif, who is currently in London for medical treatment.

The decision comes a week after the Punjab government refused to extend bail to Nawaz Sharif, saying that there is no legal, moral or medical ground to let him stay any longer in London.

The government says, "Sharif is enjoying a lavish lifestyle in London while corruption cases and jail sentences await him in Pakistan."

Accusing the media of being part of the Sharif nexus is most shocking. The government did not like it that a section of the media took Sharif's side, saying, "A criminal or not, he must be allowed to seek treatment in London on humanitarian grounds."

But, accusing the media of being part of the sharif nexus is most shocking.

Imran khan's political animosity with Sharif is quickly turning into a witch hunt and mutual political appreciation has turned to personal detestation.

All things aside, Imran Khan today desperately wants to see Nawaz Sharif behind bars. The authorities are still raiding his properties in Pakistan with the most recent one being carried out two weeks ago.

Nawaz Sharif's problems started in 2016 after the Panama papers scandal. The leaked documents showed Sharif's family holding millions of dollars worth of property and companies in the UK and around the world.

In 2018, after a 15-month-long trial, Pakistan's Supreme Court barred Nawaz Sharif from holding public office for life. Later, an anti-corruption court sentenced him to 10 years in prison in the money laundering case.

After sharif's repeated requests, in October last year, the Islamabad court took cognizance of his medical condition and granted bail. Sharif left for London in November, 2019.

Now, the Tehreek e Insaf-led government wants him to return.

Government spokespersons have been freely using the word 'absconder', but the court is yet to declare Sharif an absconder. It allows Imran Khan to put Sharif in a spot, pointing a finger at his unwillingness to return as a sign of guilt.

Sharif's party, Pakistan Muslim League-Nawaz (PMLN), has been accusing the Pakistan government ministers of playing politics over his health.

Nawaz Sharif has been Prime Minister of Pakistan three times and been removed from the office each time.

Sharif was most recently ousted as prime minister by Pakistan's Supreme Court in 2017, for being 'dishonest' by failing to report a monthly income of 10,000 Emirati dirhams ($2,723) from a company owned by his son.