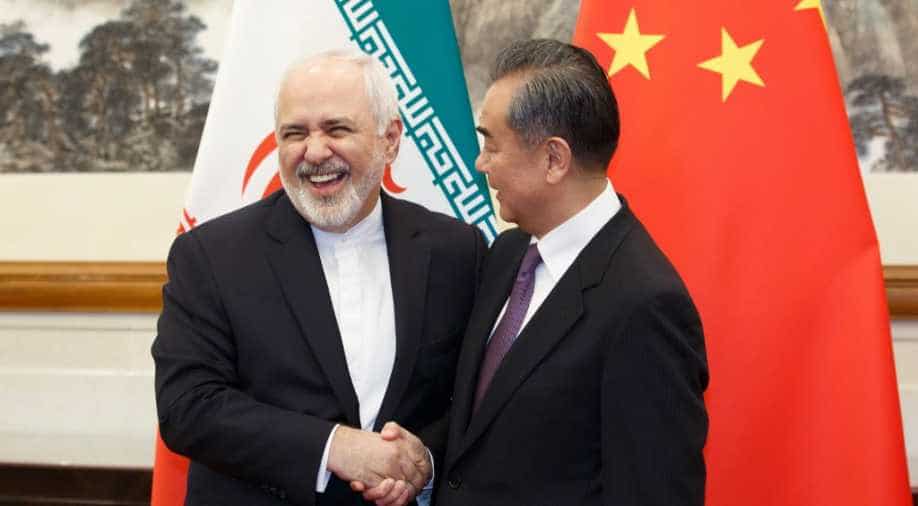 Isolation of Iran by the western countries, especially the US, has forced the Iranians to forge a new alliance of sorts with the Chinese

Recent murmurs of Iran and China negotiating a long-term partnership agreement which encompasses a comprehensive trade and security dimensions will mark a significant geopolitical shift not only for the countries involved but also for the wider region.

The deal whose details are yet to come out in the public domain should send alarm bells ringing specially in the regions capitals, as well as, the US. Over the past few years, China through its Belt and Road Initiative (BRI) has been trying to secure its global supply chains as well as enter new markets for its products, although off late that effort has hit a significant road-block due to concerns over levels of debt accrued by the participating country and subsequent taking over the projects by the Chinese firms.

The proposed agreement would vastly expand Chinese presence in banking, telecommunications, ports, railways and dozens of other projects. Majority of these sectors of the Iranian Economy are in desperate need of an upgrade as they have been reeling under US-led economic sanctions over its nuclear program. The much-touted Joint Comprehensive Plan of Action (JCPOA) which had brought some hope to the Iranians but its subsequent revocation by the current US administration has further strengthened the anti-west faction within the country.

Isolation of Iran by the western countries, especially the US, has forced the Iranians to forge a new alliance of sorts with the Chinese who have economic might and are increasingly looking to expand their influence in the region forging a win-win alliance of sorts for the two countries. US withdrawal from the region has created an opportunity for its rivals Russia & China to make inroads in the region. Of the two major powers, China with its economic capacity has an upper hand. China has significantly increased its economic, political, and – to a lesser extent – security footprint in the Middle East in the past decade, becoming the biggest trade partner and external investor for many countries in the region.

Chinese have made significant investments in Israel, Saudi Arabia and other countries and is now getting increasingly involved politically to secure its investments, the biggest example of this has to be Chinese involvement in Afghanistan post US forces withdrawal and subsequent deal with the Taliban, Beijing has been actively enhancing its contacts and possibly building robust relations with the Afghan government in Kabul and the Taliban, which are going to have an impact on the relations between its longstanding ally Pakistan and Afghanistan. China is underpinning its diplomacy with the prospects of greater trade and investment in the impoverished country. Deal with Iran is going to further give impetus to this arrangement as all the concerned countries share the boundaries.

Having a foothold through its investments in Iran will provide a strategic advantage to the Chinese that may ultimately diminish the importance of Gwadar, the much-hyped port of the CPEC project in Pakistan but is currently running in heavy losses and faces threats due to Baloch insurgency in the Baluchistan region of Pakistan where it's situated.

Access to a port in the Persian Gulf will be of huge strategic importance for the Chinese as after building a strategic post in Djibouti having a post in Strait of Hormuz will be much significant and they could practically keep an eye on US base in Manama. Chinese have been building a series of ports in strategically important locations across the Indian Ocean Region (IOR). China has also stepped up military cooperation with Iran. The People’s Liberation Army Navy has visited and participated in military exercises at least three times, beginning in 2014. The question would be would Iran be providing access to a new location or will it give access to the Chinese in the Chabahar port region. In case it's Chabahar, it does not bode well for India, as it will clearly hamstring their regional ambitions as well as access to Afghanistan, India has been using the port to circumvent Pakistan and establish a secure trade route.

The Iran deal for China is of great significance in the post-US Taliban deal. The scenario in Afghanistan is fluid and it cannot be ascertained as to in which direction its relationship with India is going to be impacted. India had not been part of the talks between the Taliban and the stakeholders in Afghanistan despite having sizable investments in post-war Afghanistan. This has made India vulnerable to the changing power dynamics within the country, and with the China factor in play, it may appear that may lose influence in another neighborhood country to its Asian rival.

China in the past had competed with India for a foothold on the Chabahar project, but now it seems they will prevail as Indian response to the project has been lackluster and India’s own relations with the US has had its fallout on the India-Iran relations and lately, it has been a cause of concern in the bilateral relationship. The silence of Iran in the ongoing border dispute between India and China also point out the changing dynamics between the two countries.

In addition, the port access to the Chinese will provide them with access to the potential INSTC (International North-South Transport Corridor) which provides trade connectivity from Russia to the Persian Gulf via different trades routes. China which has a close economic partnership with other regional countries of Central Asia and Russia, it helps them as well as Iranians to monetize the benefits of the Corridor at a much rapid pace.

Deal with China is also going to strengthen Iran’s hand in the regions power dynamics, Tehran considers itself to be as a pivotal power in the region. Historically, the Faultlines between Iran and Saudi Arabia for the influence in the region may see revived competition as Iran starts to reap economic benefits from the Deal, however, it would be interesting to see whether in case of a regional conflict how the Chinese are going to react as they have refrained in the past in getting involved in conflicts often taking a contrary position to that of the other members of UNSC and has stood by Iran.

In wake of the fall in global oil prices and domestic pressure in the post Arab spring world, it has become more imperative for the regional countries to look out for investment opportunities from different countries and engaging with the Chinese gives them that opportunity to keep concerns related to rights and calls for democracy at bay while providing a better quality of life to their citizens, in essence, a win-win scenario for the oppressive regimes of the region and China. 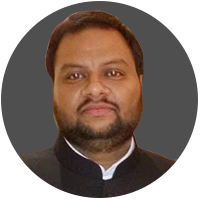