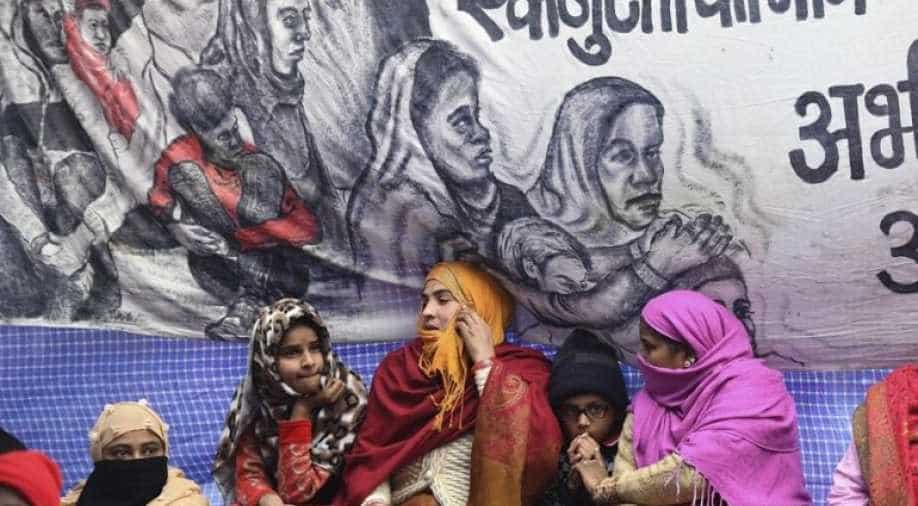 Today, the most important aspect of Gandhi - peace and harmony - rests with Shaheen Bagh protesters

Firing incident in Jamia has taken the sheen of the BJP government. What started as a protest reflecting the anxiety felt by the minority community has become a statement on what the Indian Constitution stands for. What was being ridiculed as an endless protest received a shot in its arm when a religious bigot fired a shot adjacent to the protest site, amplifying ugly face of reverse polarisation which the government is attempting to do because it cannot see beyond electoral politics.

As electoral politics has become the start and end of the government, anything which can deliver voters to the booth has become acceptable. It is for this reason no disciplinary action has been taken against Anurag Thakur and Parvesh Verma. That is the bad part.

The good part is that protests have been able to draw attention to the nuance of Gandhi’s politics. Earlier, Shaheen Bagh protesters came under attack for heckling the journalist and not letting them enter the venue. I, as a fellow journalist, disagree with this approach as protests cannot be exclusionary even if it means that reporters or editors hold a different view on the subject. They should have been allowed to report and move inside the venue.

But Thursday’s firing has changed all that. The firing is a rude reminder that BJP’s commitment to Gandhi’s politics seems limited to Rajghat or Swachh Bharat Abhiyan.

The Swachh Bharat Abhiyan was a masterstroke on part of Prime Minister Narendra Modi. He was able to break the biggest stigma which continues to hurt RSS and that being its ideology was behind assassination of Mahatma Gandhi.

By embracing Gandhi and taking him out of school textbooks and seminar halls, Modi was able to blunt Opposition’s ideological edge. Congress was not able to attack Modi because he utilised Gandhi as a campaign to mobilise people for important civic issues like cleanliness which struck a chord with the electorate.

It allowed BJP to ignore other facets of Gandhi’s politics especially his focus on Hindu-Muslim unity during his last days. The present event has almost reversed the wheel. The challenge posed by Shaheen Bagh is that it has snatched Gandhi’s imagination of India from Prime Minister who very carefully took it away from the Congress Party post-2014 Lok Sabha elections through multiple social campaigns. Today the most important aspect of Gandhi, which is peace and religious harmony, rests with the Shaheen Bagh protesters.

This should worry the Prime Minister as many would now challenge his practice of Gandhi as cosmetic and divorced from Gandhi’s real message. The violence blunts his incorporation of Gandhi into BJP-RSS discourse which has already absorbed a number of pre-colonial Congress leaders.

PM’s effort to bring Gandhi out of seminars and school books was a welcome move but by not embracing his approach on Hindu Muslim unity it will end up becoming his Achilles heel as Gandhi cannot be absorbed in bits and pieces.