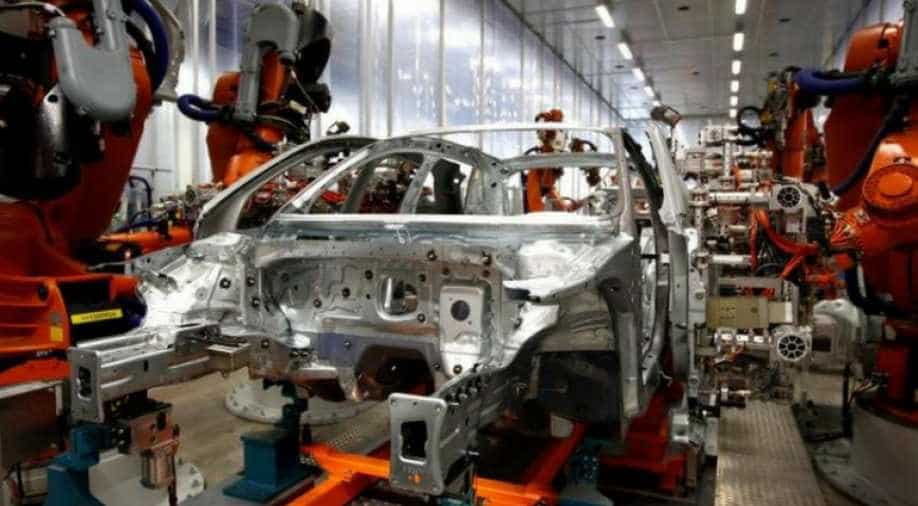 According to a report, building an electric car requires 30 per cent less labour.

More than 400 thousand jobs in Germany's auto sector are at risk. The sector is undergoing a difficult transition phase and the government is contemplating wage subsidies for automakers and their suppliers to prevent possible job losses if the downturn continues.

The prime reason is the growing popularity of electric vehicles which run on batteries and are made of fewer parts. They require less maintenance, moreover, they need fewer workers to build them.

The economic slowdown has coincided with the with a transition to electric cars. Advisers in the German government fear that in the engines and transmissions alone - around 88,000 jobs are at risk.

It's not just Germans, major car companies around the world could shelve workers to build electric vehicles.

A new era of automobiles is upon us and the signs of which are already showing. Earlier this month, Sony shocked the world by building a car.

Sony is known for its televisions and gaming consoles, but the digital revolution has enabled Sony's entry into the automotive space.

Automobiles are no longer just machines and they are the new electronic products. This is especially true for e-vehicles which are the new rage in the 21st century.

The arrival of electric vehicles is perhaps the biggest development in the automotive sector in decades. According to a report, building an electric car requires 30 per cent less labour.

With rising competition, global car markets too don't want to be left behind. They are switching to electric too, but at the same time -- they are laying off workers.

Reports say carmakers could eliminate more than 80 thousand jobs around the world in the coming years. Those who have a job have no option but to adapt, but, the redundant workforce has no support from their own industry.