Equal roles for women in Indian Armed Forces: The road ahead 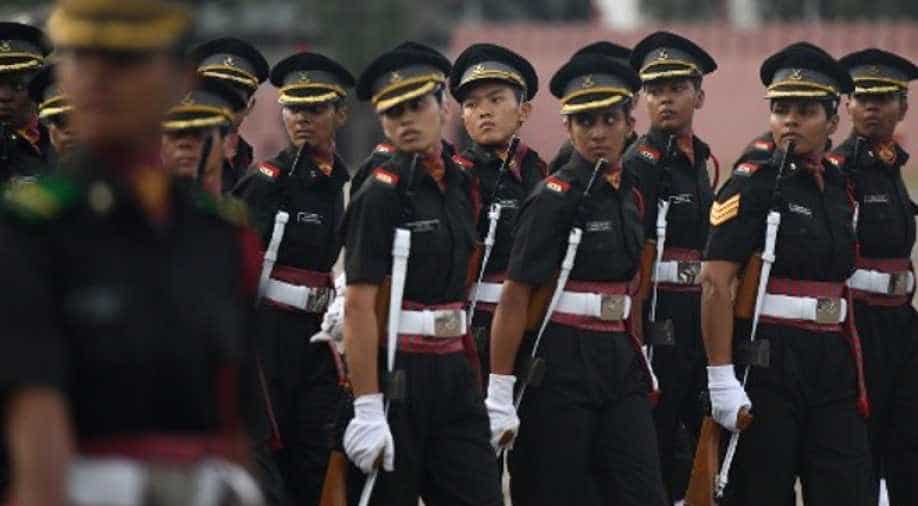 The selection for command assignments has to merit-based irrespective of gender,

The recent decisions of the Supreme Court regarding grant of permanent commission to women officers are seen as a landmark step towards women empowerment and corrective change to prevent perceived gender bias against women.

The concerns expressed by the government, on behalf of Indian Armed Forces, like physiology, motherhood and physical attributes, did not hold ground under the basic tenet of constitutional entitlement to dignity, which attaches to every individual irrespective of gender.

These are welcomed societal changes and the military system has to gear up accordingly to mitigate the concerns, yet ensuring that the operational effectiveness of the Armed Forces is not compromised. The issue was extensively covered by the media, and the Armed Forces responded positively with Army Chief indicating that the roadmap for granting permanent commission to women officers is being put in place. The implementation, however, needs some serious analysis of some key issues to.

A glance at the open-source coverage of SC decisions, seemed to suggest that Indian Military had the patriarchal mindset and SC has bettered the system with this landmark judgement. The background needs to be put into perspective. The women were first inducted as Military Nursing Officers in 1927, as Medical Officers from 1943 in British Indian Army as per organisational needs to look after troops, families and public during deployments, which included female population. Post-independence, the Induction of women officers into the Indian Army through Women Special Entry Scheme (WSES) started in 1992, after the approval of the Cabinet Committee on Parliamentary Affairs.

In February 2019, the government granted a permanent commission to women officers in eight streams of the Army, in addition to the JAG and AEC, to which it was granted earlier in 2008. All these decisions were also pathbreaking, need-driven, societal changes taken voluntarily by Indian Military and not after the intervention of Courts; hence it may not be right to perceive that Indian Military carried patriarchal mindset and resisted such changes. It is a fact that there are different conditions of service for women officers and their men counterpart in most cases. These conditions of service keep getting modified to address concerns of women officers, starting from five years of service, changed to extendable by five years (5+5 years), followed by 5+5+4 and later made to 10+4 years.

The fact is that women officers are proud and essential members of the Indian military and their entry was need-based and not court driven.

The differences in conditions of service for women officers and their men counterparts can be perceived in favour, as well as, against them. No one can deny that women officers have concessions in physical standards during recruitment, in battle physical efficiency tests and are generally given softer appointments with due considerations to hygiene, sensitivities and privacy issues while accommodating them.

For selection they compete with female counterparts; hence selections of a specified number of women officers is assured, as they do not compete with men counterparts. The disadvantages of difference in service conditions were unequal growth opportunity to women officers, need for permanent commission and inadequate incentive, which have been the main reasons for the redressal given the Supreme Court. The cases wherein male officers tenures in difficult field stations have increased, in adjusting women officers for spouse postings, child care leave. This results in reduced time for male officers to be with family in peace locations, to attend to their family needs. Although male officers have not gone to courts against the resultant extra hardship caused in an attempt to help out women officers by the organisation.

This gender bias against men officers also needs to be set right. ‘Gender Equality’ is the societal need of the hour and applies to both female and male officers and should be ensured in the spirit of the judgement.

To implement the latest rulings of the SC on the grant of permanent commission to all women officers, their terms of engagement will have to be revised. As per media report,s the Indian Military is already working out models for it and I am sure that the system will settle down in due course, with some adjustments. The selection for command assignments has to merit-based irrespective of gender, which must not be compromised to ensure operational efficiency of the Indian Armed Forces. Translating the same in the spirit of achieving gender equality and SC judgement, the same standards have to be applied across the board, without any gender bias. It entails same hardships be suffered by all officers and the same selection process followed for successive promotions, irrespective of the gender.

To implement the same, the selection for the command should be done through their confidential reports and closed promotion board, common for both genders, and the names and gender of the profile should be hidden from selection board.

The best officers should get the command irrespective of gender, as the troops respect competent leaders, who rough out inconvenient times with them. These are some basics of soldiering, which must not be violated to ensure operational efficiency. It means that the concessions given to women officers in recruitment and softer tenures must be withdrawn, and they must go through the field and rough appointments with troops, to be at par with male counterparts and be accepted as ‘Leaders’ and not ‘Appointed Officers’.

The fact that SC gave a decision, in March 2020, to induct women officers in all types of warships in Indian Navy, as a natural process of societal evolution, the possible induction of women into combat arms is going to be the next challenge, which Indian Military will be confronted with. The leadership in combat arms at each level, from detachment to highest formation, is laid on a bedrock principle of ‘Leading from the front’ which must not be compromised.

It implies that all officers and soldiers must go through same selection, toughness schedule, promotion exams, command criteria assignments and appointments with no concessions. SC has also endorsed suitability of the candidate as one of the criteria for such assignments in its ruling on March 17, 2020.  Most foreign armies having women officers already have gender neutrality in physical standards or are working towards it. The issues like physiology, minimal facilities for habitat, hygiene in combat ships, bunkers and long-range patrols, privacy needs, motherhood and childcare concerns are well known to women officers, as well as, courts and public.

The women officers who volunteer for combat arms must be determined to overcome these issues. The only aspect which needs to be ensured is that the standards should not be lowered to adjust women officers, otherwise it will amount to compromising operational effectiveness of military for appeasement of few.

The principle for selections in career progression should be the same as explained earlier for command assignments. It, therefore, implies that if every male infantry officer has to go through commando course, every women officer opting for infantry must go through the same. If every other combat arms officer has to go through Commando/Counterinsurgency/Mountain warfare course and serve in Rashtriya Rifle or Assam Rifle for at least one tenure, the same yardstick must apply to women officers.