Don’t cede the Space Race to China and the billionaires 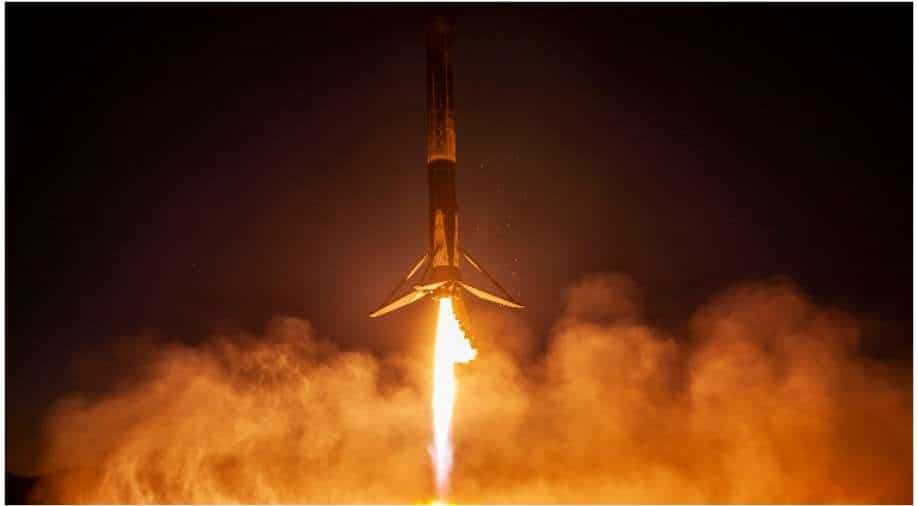 We don't know what space can tell us about the origins of the universe and life on Earth. But that, above all, is the reason for going

The crowds that cheered the astronaut — about a quarter-million in Washington, four million in New York — adorned themselves in numerous ways. Some wore space helmets fashioned from cardboard and plastic. Others, less showily, wore buttons proclaiming John Glenn “the New Frontier man of the year,” a nod to John F. Kennedy’s famous phrase. Sixty years ago, Glenn became the first American to orbit Earth, opening up the frontier of human exploration in space — a frontier that stretched to the moon and beyond. The flight of Friendship 7 made it all seem possible.

Glenn’s feat marked the start of a spectacular decade: spacewalks, trips around the moon, six lunar landings. Then the frontier receded. Since 1972, no human being has ventured outside Earth’s orbit. A generation has reached middle age without any memory of Americans on the moon.

That could change soon. If NASA’s plan holds, its Artemis program will land the first woman and the first person of color on the moon in 2025. And this, NASA says, is just the beginning. The agency envisions at least 10 lunar landings. Its administrator, Bill Nelson, is waging a campaign to beat other nations in placing “boots on the moon” — not just boots but also, in time, a base. And “the sooner we get to the moon,” NASA has said, “the sooner we get American astronauts to Mars.”

But why bother? There is certainly much of interest on Mars — NASA’s newest rover, Perseverance, and its companion, the tiny helicopter Ingenuity, have made that clearer than ever. What is less evident is the role, the value, of human explorers. To most Americans, machines seem sufficient to the task. A Morning Consult poll last year showed a general interest in space exploration but not in having humans do the exploring.

In 1961, when Kennedy proposed to send Americans to the moon, a senator warned that the administration had “a lot of missionary work” to do. That is surely the case today. Mr. Nelson has been making a persistent pitch for funding, but Congress appears unpersuaded. President Biden, for his part, has signaled support for Artemis but is more focused on the nation’s commercial and military capabilities in space, as well as the vantage point that space provides to observe climate change. Vice President Kamala Harris, the chair of the National Space Council, rarely mentions human spaceflight, stressing instead “the responsibility to look to our home planet.”

And reasonably so. Our planet has plenty to worry about, not least the damage we do to its atmosphere. But there is an argument to be made for the human exploration of space — a better argument, at least, than the White House and NASA have put forward. If the administration fails to sharpen and press its case, if it shies from insisting that humans, not just our inventions, should roam the heavens, the United States will likely cede the moon — and a good deal more than that — to more determined competitors.

Chief among them is China. Its goal is plain: to become a “great space power,” as President Xi Jinping has said. China’s Mars rover, arriving on the heels of our own, has been an impressive success; China also has a probe on the far side of the moon — a first for any nation. Its space station is nearly complete, while the International Space Station, after more than two decades orbiting Earth, approaches obsolescence and NASA turns to private companies to build and run its successors. Like the United States, China hopes to build a research station on the lunar surface. Unlike the United States, China gives no reason to doubt its resolve. It will also have a partner: Russia. The two countries have already begun to align their efforts.

Mr. Nelson cites an “aggressive” China as a reason for Americans to “get off our duff,” but a few national security questions require a fuller airing. What if, for example, China stakes out strategic positions on the moon? What if it asserts control over the resources it and other nations are searching for there: silicon, titanium and, not least, the water that is needed to sustain a human settlement? As Namrata Goswami, an expert on China’s space policy, has argued, “An advantage in accessing the vast wealth of the inner solar system could have an effect on the balance of power” on Earth.

If anyone is as bullish on the new frontier as China, it is the billionaires. Their ambitions, too, should spur NASA to stay in the game. Jeff Bezos and Elon Musk might or might not be visionaries, but they are easily the most powerful people on this planet to speak with a straight face about colonizing other ones. Mr. Musk warns of an “extinction event” that will require us to leave Earth behind. There is a certain egalitarianism in the idea of an escape hatch for humanity, though it is the egalitarianism of rats leaving a sinking (or overheating) ship. It would have to get pretty bad down here before ordinary people follow the billionaires into the black void of space rather than bid them adieu. Mr. Musk’s product placement of a Tesla in orbit and Mr. Bezos’ postflight performance in his cowboy hat leave one wary of their motives and nostalgic for the military bearing of Glenn. If space travel lost its novelty in the early 1970s, it might now be in the process of losing its dignity.

Of course, this takes nothing away from the achievements of Mr. Musk’s aerospace company, SpaceX. Rarely in any industry has such boldness of imagination been matched by such brilliance in execution. The company is an indispensable partner to NASA; a SpaceX landing system will carry astronauts to and from the moon’s surface.

But there is an essential difference between exploration and colonization, and both are a far cry from commercialization. Left to the billionaires, space is less likely to become a haven for humanity than a playground for its wealthiest members. In that event, there will be no more John Glenns — no more astronauts to look up to and emulate, astronauts whose humility and awe in the vastness of space define them as much as their bravery does.

“The exploration of space will go ahead, whether we join in it or not,” Kennedy said in 1962 at Rice University, warning that “no nation which expects to be the leader of other nations can expect to stay behind in this race for space.” Perhaps this logic has lost its power; perhaps Americans don’t care if the billionaires and China have the moon to themselves. The idea of space as a new frontier, too, might be tired, overworked. (During the Super Bowl, a Salesforce ad dismissed it with an “Eh.”) But the thrilling discoveries by Perseverance — the evidence of ancient Martian river deltas and lava flows — give eloquent testimony to the mysteries that await on the frontier. Robots like these are stunningly capable. Still, they cannot invent or imagine; they cannot drive the process of discovery in space any more than they do here on Earth. Only humans can lead, and to lead, humans must go.

Science “is simply the exploration of the unknown,” James Head, a planetary geologist at Brown who helped train the Apollo astronauts, told me, adding that “the moon is unknown. Mars is unknown.” Perhaps this is what NASA should say, and without apology: We don’t know what we’ll find. We don’t know what the moon and Mars can tell us about the origins of the universe and life on Earth and possibly beyond it. And that, above all, is the reason for going. Six days after his return to Earth, Glenn addressed a joint meeting of Congress. “What benefits are we gaining from the money spent?” he asked, acknowledging that it was too early to say. “But exploration and the pursuit of knowledge,” he said, “have always paid dividends in the long run — usually far greater than anything expected at the outset.” Why bother? This is why.