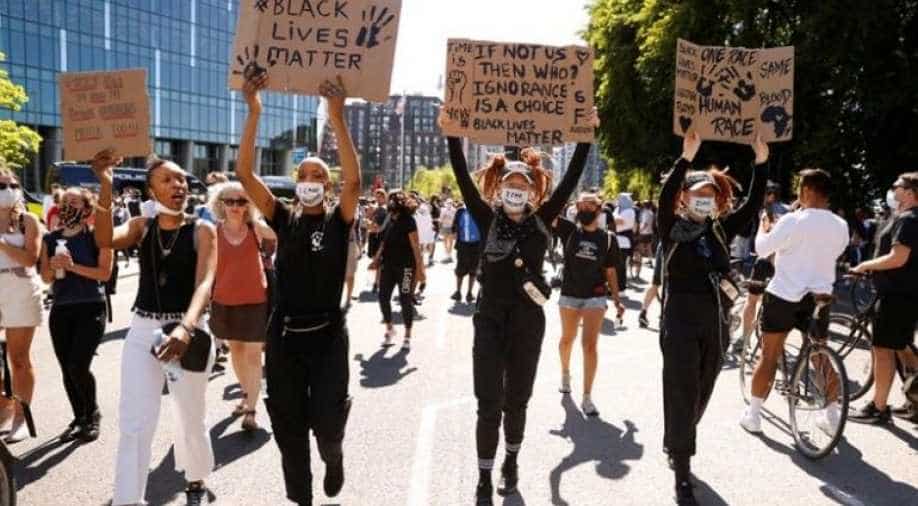 While some turned violent, there were a number of other protestors who conducted themselves peacefully and with dignity.

Any incident in the US, particularly adverse incident, whether big or small, gets world-wide publicity almost instantaneously. This is mainly due to the fact that the US is recognised as a rich country with superpower status and known for significant advancement in a variety of fields. Such news is followed by debates and discussions in the world media, with some pledged critics stating that such adverse incidents clearly show that the US is a troubled society. Is that really so?

In recent years, many shoot-outs have taken place in the US in universities, malls and other public places, when a number of innocent lives have been lost. Shoot-outs have been carried out by individuals for one reason or other and even due to psychic problems.

It is generally said that the liberal gun policy and the prevailing gun culture in the US is the primary reason for such shoot outs and violence.

Most of the Americans possess guns and rarely anyone amongst them indulges in such practices. If the violent prone person would not have a gun, he can use a knife or any other weapon.

No evidence of widespread racial conflict :

Now, the case of George Floyd, a black man who died after a white officer pressed his knee into his neck has caused widespread anger across the country. Obviously, the police officer should be punished severely.

Even while President Trump has condemned the incident, protestors burned businesses in Minneapolis.  They smashed police cars and windows in Atlanta, broke into police headquarters in Portland and chanted curses at Donald Trump outside the White House.

This sad incident should not be misinterpreted as a result of racial conflict.

While some protestors turned violent, there have been a number of other protestors who conducted themselves peacefully and with dignity, holding placards and demanding justice for George Floyd. Of these protestors, many of them are white, brown or black Americans.

Certainly, there is no racial conflict issue involved in the George Floyd murder but only the stupidity of a violent prone police officer was seen.

George Floyd incident has created an impression all over the world that the US is a country under the boil. This certainly is not so.

There are many civilized and sane voices in the US, who rarely get adequate coverage in the media and their civilized thoughts are not adequately publicised for the benefit of the country.

Today, one cannot but deny the fact that the US is the most tolerant country in the world. People from countries with various background seek migration to the US and think that they would be privileged to get US citizenship. This is mainly due to their confidence that they would get a fair deal in the US and the law would protect their interests.

Today, the US is essentially described as a migrant country with people visiting the US as students, job seekers or immigrants and most of them seeking to stay in the US life long by getting citizenship.

Any attempt to describe the US as a country under boil after the George Floyd issue is a mischievous and motivated attempt to discredit the US.