Did the COVID-19 virus cause the Chinese miners’ deaths in 2012? 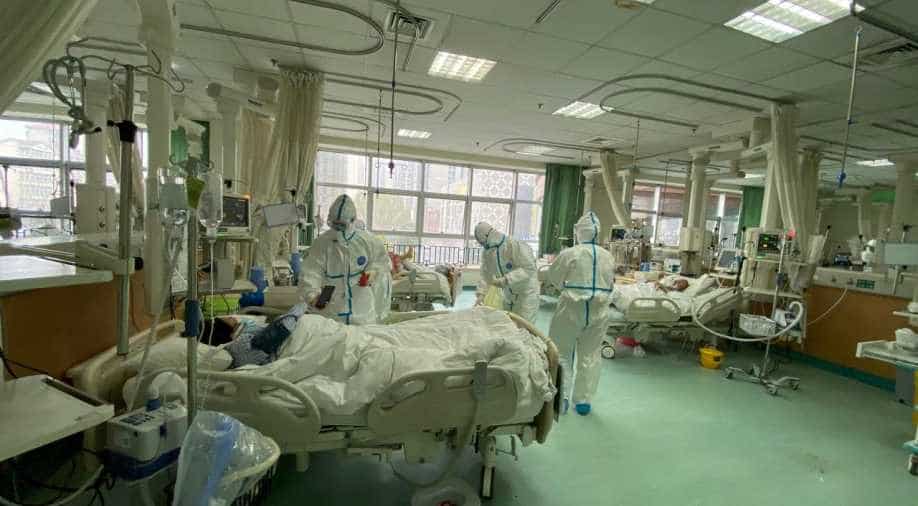 In April 2012, six miners in the Mojiang mine in southwestern China’s Yunnan province became sick with a pneumonia-like illness after spending between 4-14 days removing bat feces. Three eventually died.

Probably not. That is, the latest attempt to demonstrate that the COVID-19 pandemic arose from a naturally-occurring transmission from animals to humans has failed, leaving a laboratory origin as the only logical conclusion.

In April 2012, six miners in the Mojiang mine in southwestern China’s Yunnan province became sick with a pneumonia-like illness after spending between 4-14 days removing bat feces. Three eventually died.

Virologist Jonathan Latham and molecular biologist Allison Wilson believe that the miners’ illness resulted from being infected with bat coronavirus during a cave clean-up project, which genetically adapted to human infection within one of the miners and evolved into SARS-CoV-2, the coronavirus responsible for the COVID-19 pandemic.

Biological samples from that miner eventually found their way to the Wuhan Institute of Virology, where unfrozen samples of the fully human-adapted SARS-CoV-2 infected a laboratory worker and began the pandemic.

The Latham-Wilson theory is at least partially based on a translation of a 66-page master’s thesis from the Chinese medical doctor, Li Xu, who treated the miners and sent their tissue samples to the Wuhan Institute of Virology for testing.

The patients had a high fever, a dry cough, sore limbs and, in some cases, headaches — all symptoms now associated with COVID-19.

Unfortunately, without detailed differential diagnosis, COVID-19 is difficult to distinguish from histoplasmosis, a respiratory infection caused by the inhalation of fungal spores of Histoplasma capsulatum found in bat and bird droppings, especially when the droppings are disturbed by demolition or clean-up projects.

The mildest forms of histoplasmosis cause no signs or symptoms, but severe infections can be life-threatening, which are usually associated with people with compromised immune systems or preconditions.

The severity of histoplasmosis is related to the number of spores one inhales, but, unlike COVID-19, it is not contagious

Four of the six miners, including the three that died, had spent the longest times in the mine, fourteen or more days. The two miners with the mildest symptoms had spent only four days in the mine. The three deaths were associated with secondary bacterial infections and compromised immune systems.

All the infections began within the 3-17 day incubation period for histoplasmosis, although no specific test for that infection appears to have been done and anti-fungal medication had mixed results.

None of the miners tested during the hospitalization period were positive for viral infection and the CT scans were slightly more indicative for histoplasmosis than COVID-19.

In addition, there are several weak links in the Latham-Wilson theory that SARS-CoV-2 evolved within one of the miners, which was later released from the Wuhan Institute of Virology in a laboratory accident and caused the COVID-19 pandemic.

First of all, such an extensive genetic evolution needed to go from its closest bat coronavirus relative, RaTG13, to SARS-CoV-2, about 1,200 nucleotides, has never been described to occur in a single patient.

Furthermore, the structure of RaTG13’s receptor binding domain, which binds to the human cell is sufficiently different from that of SARS-CoV-2, making an initial human infection by RaTG13 to begin a human adaptation process highly unlikely.

The simplest explanation for the Mojiang miners’ illness in April 2012 is the fungal infection, histoplasmosis.

That conclusion still leaves open the question as to the true origin of SARS-CoV-2.

Such human adaptation described by Latham and Wilson could occur by “passaging,” which is the deliberate placing of live viruses into cells or organisms to which they are not adapted for the purpose of making them adapted - that is, accelerated evolution.

The specific adaptation for human infection seen in SARS-CoV-2 could be achieved by “passaging” a bat coronavirus through genetically-engineered mouse models containing humanized receptors, a laboratory technique used in China since 2007.