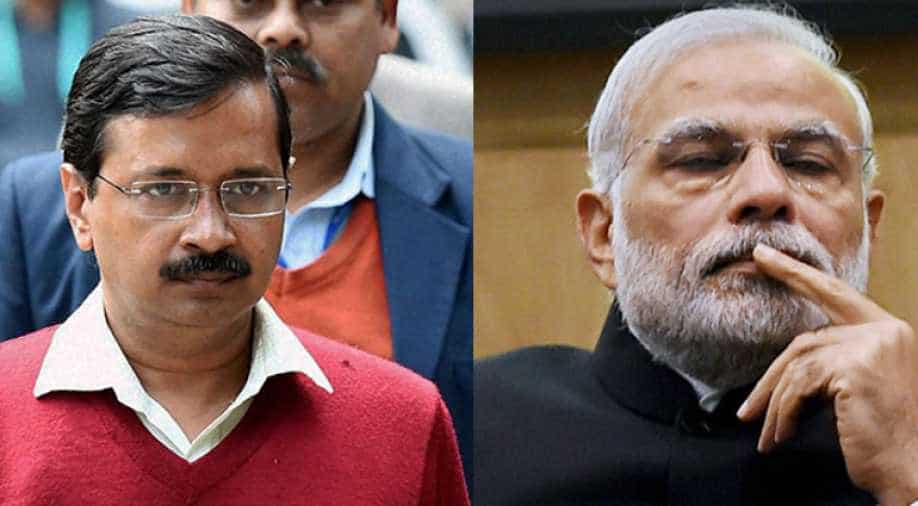 It remains to be seen who Delhi votes for on February 8 – a popular Narendra Modi or a charismatic Arvind Kejriwal.

In a major departure from the past, the Bharatiya Janata Party’s decision not to name its chief ministerial candidate ahead of Delhi elections betrays its nervousness. Since the BJP came to power in 2014 and bettered its performance in 2019 general elections, the party had always taunted its political rivals, particularly the Congress party, of going to the electoral battlefield without a commander. The BJP, which has always claimed to be a 'party with a difference' by naming its chief ministerial candidate known to the voters before the elections, has been forced to revisit its strategy this time.

Having lost five of the six states which went to the polls last year, not to speak of the near-about rout in Haryana where it somehow strolled to power by joining hands with its rival - the Jannayak Janata Party of Dushyant Chautala – the confidence level of the BJP has certainly taken a knock. With no credible face to take on the incumbent chief minister Arvind Kejriwal of the Aam Aadmi Party (AAP), the BJP has once again decided to cash on the popularity of Prime Minister Narendra Modi. But, has it not been the strategy of the BJP since 2014 when it has repeatedly reaped political benefits in the states by piggy-backing on the aura of Modi?

But the last few state elections are proof that while Modi remains indispensable at the national level, his magic is weaning in states where people are more concerned about bread and butter. BJP’s opponents have triumphed by harping on the people-centric issues as opposed to the BJP’s nationalist agenda, be it the revocation of Article 370 in Jammu and Kashmir which provided special status to the former princely state, or the Supreme Court verdict on the decades-old contentious Babri Masjid verdict in Ayodhya.

Unlike in the past, the BJP has been way behind in declaring its candidates for Delhi polls. In fact, it waited for the AAP and the Congress before declaring its candidates. The party also suffered a setback as one of its oldest allies, the Shiromani Akali Dal (SAD), chose to stay away from the polls reportedly on its reservations to the controversial Citizenship Amendment Act. Though SAD failed to make a cut in the last assembly elections in the Sikh-dominated constituencies, its decision not to field candidates is also being read as a warning signal to the BJP.

Other than the regularisation of 1,728 unauthorised colonies, on which both the AAP and the BJP claim ownership, the latter does not have much to flaunt about. All the three municipal corporations run by the BJP are in a shambles with repeatedly getting flak from the apex court for turning Delhi into a garbage city. The municipal corporations of the national capital have been disdainfully pathetic to Prime Minister Narendra Modi government’s ambitious Swachh Bharat Abhiyan. While smaller cities have taken a steady march on the cleanliness drive, Delhi is nowhere near the race. In a Swachh Survekshan League 2020 released by the Union Ministry of Housing and Urban Affairs for two-quarters April 1 to June 30, and July 2 to September 30 in January this year, the three municipal corporations ranked almost at the bottom of 49 Urban Local Bodies (ULBs) across India.

Delhi Police, which comes under the Union home ministry, has been at the receiving end for its high-handedness as well as inept handling of the anti-CAA (Citizenship Amendment Act) protests on the campuses of the Jamia Millia Islamia and the Jawaharlal Nehru University respectively. Its seemingly preordained inquiry following the violence between two student groups in JNU is much left to be desired.

On the other hand, the AAP’s stocks are high as several of its welfare measures have added many newcomers, who have been largely benefited from the party’s largesse to its fold besides its committed cadre. Starting its inning as a rookie party, it has done well on its promises on education, healthcare, water, power etc, despite its failing on pollution and poor transport system.

Facing heat over CAA, price rise, job losses, rural distress and falling economy, the BJP has decided to convert the fight between two main political parties to a battle between Modi and Kejriwal. It remains to be seen who Delhi votes for on February 8 – a popular Modi or a charismatic Kejriwal.