Coronavirus pandemic will bring a halt to globalisation 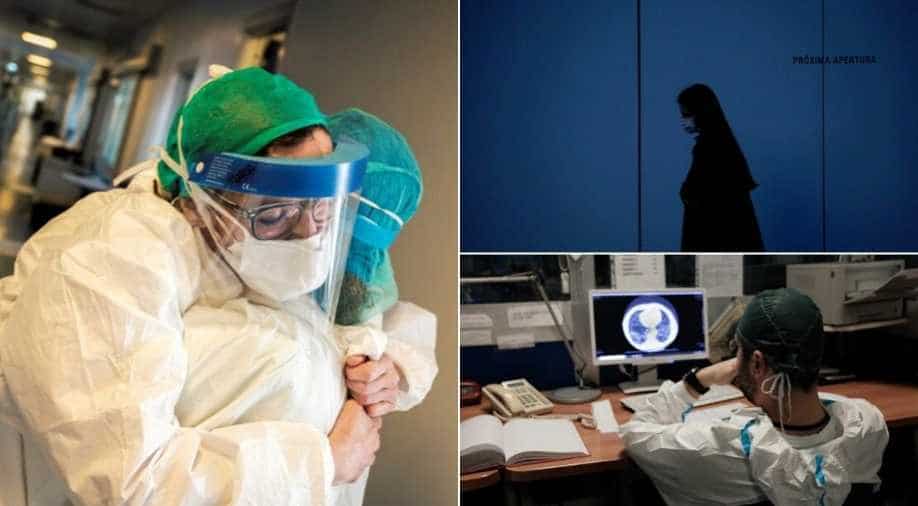 The world is being swept over by the deadly coronavirus epidemic

As talk of ‘mellow-globalisation’ and ‘slowbalisation’ gained traction and currency in academic and policy circles, and it was increasingly held that the 3rd wave of globalisation that began in the 1970s as coming to an end, it might be ultimately the coronavirus pandemic that kills globalisation. While globalisation has been an age-old phenomenon corresponding to historical progression albeit, in a un-linear fashion, its modern-day avatar was given impetus by the Information and Communication Technologies(ICT’s) revolution and the primacy of neoclassical economics that privileged market economies over state-based mercantilist ones.

The result was a tremendous explosion of economic growth across many parts of the world and a veritable formation of a global economy.

It was held that the sole path to modernisation lay through and in the principles of an open political economy and free-market economics. China and its post-1978 economic modernisation was deemed to be the poster child of economic openness and its concomitant, economic growth. The country grew stupendously, millions were raised out of poverty and progress was writ large over it. But the flip side of free market-inspired globalisation was inequality, especially within nations. Crisscrossing supply chains straddling the globe, capitals’ quest for the rate of return, efficiency and effectiveness meant those whole industries died in the developed world and migrated to locales like China arbitraging both labour and capital in the process. The effect was drastic: entire swathes of blue-collar jobs were wiped out in the developed world.

Those countries with weak social safety nets like the United States, were hit the most; in the process, a new political constituency grew that clamoured for the return or revival of industry and structures thereof.  While the conundrum ran deep because of the sheer logic of economics, the answer – a political one- was given by Donald Trump in the United States in the form of populism. The grist and mill of this populism was returned to nationalism, national economic policymaking, mercantilism and populism. Whether or not these would deliver remained and remains moot, but policymaking in the United States sought precisely to choke globalisation.

As the tensions over globalisation and new old policy-making paradigms began to take shape, the world is being swept over by the deadly coronavirus epidemic. Countries across the world are scrambling for a response; the default reflex has been to close off borders, choking trade and investment in the process.

Central banks have responded by lowering interest rates and many countries have injected a fiscal stimulus into their economies to deal with the emerging and evolving crisis. On the face of it, there have been clarion calls for multilateralism and a collective response to the pandemic given that it respects no boundaries and borders, but these calls, even though noble-minded, will increasingly be ignored.

In all likelihood, the world will revert to either more or less statist economic policy paradigms with a concomitant slide into nationalism. The free movement of peoples that had been slowed down by immigration controls in the United States ad calls for the same in Europe, might be dealt a body blow. Capital might also become more parochial and hibernate in places deemed safer, so to speak. Given the correlation between investment and trade flows, both will be impeded and either trade blocs will stage a revival or be more national. Firms will retrench and narrow their focus to both defray their risks and protect profits plus realign themselves with new economic policies. The result will be a world that will retreat into itself and the nation-state will be back with a vengeance.

The irony of it all will be that a virus that is not even a living organism and is invisible will succeed in doing what wars and other catastrophes could not: bring a halt to globalisation.

But, yet again, from a long duree perspective of history, globalisation, will after a hiatus will not be terminally and fatally ill. It will, at some point in time, stage a comeback.  However, its comeback will be more technologically determined and flavoured: artificial intelligence(AI), robotics and other technological developments will have become more sophisticated and potent potentially relegating humans to the periphery.

This presents a real and present danger, not in a Luddite sense or perspective but that technology as important as it is having being one of the engines of historical progress should not and must not become an end in itself. It should serve mankind and be an instrument of progress and development, broadly defined.

It is here that the challenge of the next wave of globalisation lies. The hope is unlike the coronavirus pandemic, the world and its people will be better prepared then!