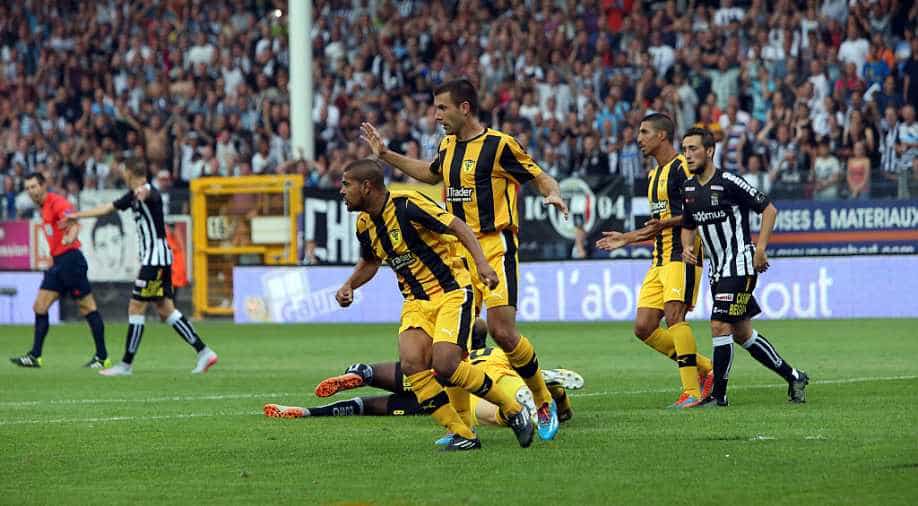 It was not immediately clear whether the offer was to acquire or co-invest in Beitar Jerusalem, notorious for its links to the ruling Likud party and the Israeli far-right as well as racist anti-Arab, anti-Muslim sentiments among an influential segment of its fan base.

An Emirati offer to invest in Israel’s most controversial soccer club could serve as a figurative litmus test of hopes that Arab recognition of the Jewish state may persuade it to be more empathetic towards Palestinian national aspirations.

It was not immediately clear whether the offer was to acquire or co-invest in Beitar Jerusalem, notorious for its links to the ruling Likud party and the Israeli far-right as well as racist anti-Arab, anti-Muslim sentiments among an influential segment of its fan base.

Israeli sources suggested that the offer was made by a businessman with close ties to the Abu Dhabi United Group for Development and Investment (ADUG).

Israeli media reports said that the offer was made to club owner Moshe Hogeg.

Mr Hogeg has been struggling to confront La Familia, a militant hard right fan group that has stopped Beitar from hiring Israeli Palestinian players, denounced the contracting of Muslims, and regularly chants ‘Death to Arabs’ and ‘Death to Muslims’ during matches.

Mr Hogeg last year faced down La Familia who demanded that a new hire, Ali Mohamed, change his Muslim name, even though he is a Nigerian Christian.

UAE officials have argued that establishment of diplomatic relations with Israel stopped the government of Prime Minister Benjamin Netanyahu from annexing parts of the West Bank, occupied since Israel conquered it in the 1967 Middle East war.

Mr Netanyahu said he had suspended, not cancelled his annexation plans.

A UAE stake in Beitar would take the Gulf state’s soft power ploy to an arena that is both the Likud’s heartland as well as football that evokes deep-seated passion in a soccer-crazy country.

Founded during the period of the British mandate in Palestine to create the ‘New Jew’ who would be able to build and defend the Jewish state, Beitar initially drew many of its players and fans from Irgun, an extreme nationalist, para-military Jewish underground group.

Among the club’s fans were throughout the years right-wing Israeli leaders. Today, they include Mr Netanyahu and multiple members of his government.

In interviews with the Israeli media, the Emirati businessmen hinted at the soft power aspect of the UAE initiative.

“Fanaticism is rooted in ignorance and fear of the other. If there is a spirit of tolerance, we can create  an atmosphere of pure friendship between us and others. Sports is an international language graced with the ability to promote tolerance and peace between nations and people,” Israeli TV channel Sports 5 quoted him, as saying.

The businessman made no explicit reference to the Israeli-Palestinian conflict, but his remarks appeared to refer to it.

Emiratis appear to hope that a UAE stake in Beitar will boost the club’s more moderate fans, weaken its more militant fan base, and help shape a public opinion that is more willing to compromise with the Palestinians.

They count on fans like Yitzhak Megamadov who told Al-Monitor in response to the UAE bid: “I tell our fans to open their hearts and minds and receive them with open arms. They are our cousins. They want real peace and solidarity. We have gotten used to knowing about Palestinian Arabs through terrorist attacks and war. We need to educate ourselves and change our perspectives.”

It’s an approach that worked when Sheikh Mansour bought Manchester City in 2008 in what critics described as a reputation laundering operation. The English club’s fans embraced its new cash-flush owners, rejecting human rights activists’ concerns about the UAE’s regular abuse of human rights.

Winning over fans is likely to prove a lot easier than changing Israeli policies, something  more powerful players like the United States and Europe have unsuccessfully tried.

The Knesset, Israel’s parliament, voted down an amendment that would have added equality for minorities to a controversial law defining Israel’s Jewish character just days after Israel signed agreements establishing diplomatic relations with the UAE and Bahrain at the White House.

In other words, there is little reason to believe that the businessman and the UAE together with Bahrain can achieve what others did not.

Fact of the matter is that the carrot of recognition has not helped solve the Palestinian problem or fundamentally change Israeli policy in the 18 years since Saudi Arabia first unveiled an Arab peace plan that offered recognition in exchange for land.

Neither did the earlier peace treaties between Israel, Egypt, and Jordan, two states that, unlike the UAE and Bahrain, had and still have a direct stake in the Israel-Palestine conflict.

Nor did it stop US President Donald Trump from accepting the legitimacy of annexation of occupied Palestinian land. Mr Trump has endorsed Israeli annexation of East Jerusalem as well as the Golan Heights, captured from Syria in 1967.

What an Emirati stake or acquisition in Beitar will do is enhance Israeli empathy for the UAE.

Without a tangible political fallout beneficial to Palestinians, it will also reinforce critics’ assertion that the UAE is using the Palestinian issue as a fig leaf for a move that serves Emirati issues with no Palestinian dividend.

The Emiratis may find that time does not work in their favour. They appear to be playing a long game on an unstable board that could prove incapable of sustaining it.

(Dr James M Dorsey is an award-winning journalist and a senior fellow at Nanyang Technological University’s S Rajaratnam School of International Studies in Singapore. He is also a senior research fellow at the National University of Singapore’s Middle East Institute and co-director of the University of Wuerzburg’s Institute of Fan Culture.)