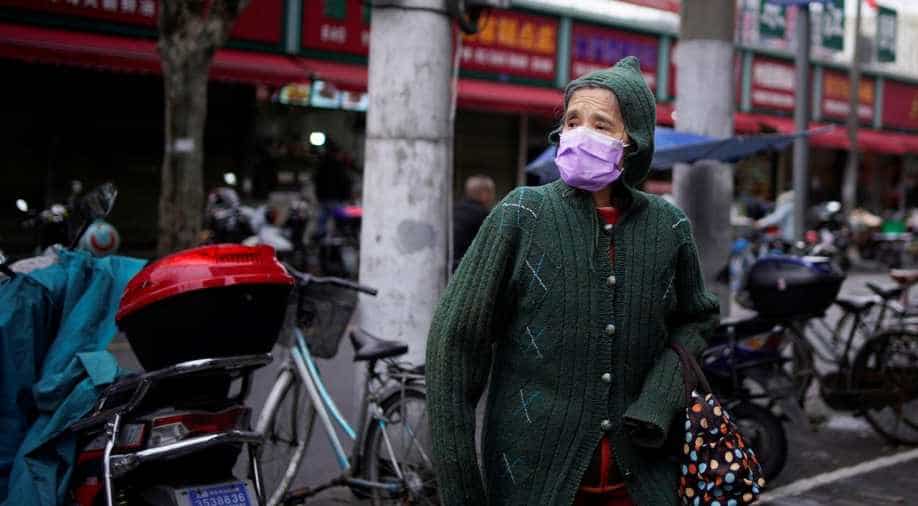 China has claimed that a bat coronavirus named RaTG13 is the closest relative to SARS-CoV-2 and upon which the global search for the natural origin of the COVID-19 pandemic has been largely based.

From the beginning of the COVID-19 pandemic, the virus identified as the causative agent, SARS-CoV-2, has been consistently described as “novel” because of its unique structural features.

Also since the onset of the pandemic, the conventional wisdom concerning the origin of SARS-CoV-2 has been that it was a naturally-occurring outbreak, acquired by humans after exposure to infected animals, a conclusion aggressively promoted by the Chinese Communist Party, supported by some Western scientists and endlessly regurgitated by the left-leaning global media.

That narrative is not only unproven, but much of the scientific data being used to buttress it are faulty, perhaps even fabricated.

China has claimed that a bat coronavirus named RaTG13 is the closest relative to SARS-CoV-2 and upon which the global search for the natural origin of the COVID-19 pandemic has been largely based.

According to China’s narrative, in 2013, Zheng-Li Shi, the “bat woman,” and her team from the Wuhan Institute of Virology were asked to investigate the virus profile of a mine shaft in Yunnan Province after six miners contracted pneumonia with symptoms similar to Severe Acute Respiratory Syndrome (SARS), although it was subsequently shown to have been a fungus infection.

After sampling the mine shaft for a year, the researchers identified a diverse group of bat coronaviruses from bat fecal samples, one of which was designated RaBtCoV/4991 (GenBank KP876546) and partially sequenced.

Despite being unique enough to be considered a new strain and associated with a human SARS-like outbreak as a Potential Pandemic Pathogen, thereafter, RaBtCoV/4991, de facto, disappeared from the scientific literature.

In the February 3, 2020 Nature article, scientists from the Wuhan Institute of Virology, led by Zheng-Li Shi, stated that the coronavirus RaTG13, known previously as RaBtCoV/4991, showed a 96.2% sequence identity with SARS-CoV-2 and, therefore, “RaTG13 is the closest relative” forming a distinct lineage from other coronaviruses and supporting China’s claim that SARS-CoV-2 is naturally-occurring.

As a result, the conventional wisdom that the COVID-19 was a naturally-occurring outbreak arose, nearly all of it based on a single scientific publication, one of whose authors had earlier received a medal from the Chinese government in January, 2020.

Unfortunately, RaTG13 is not actually a virus because no biological samples exist, but a sequence of a virus for which there are now serious questions about its accuracy, based on the collection methods and sequence gaps, identified in an August 8, 2020 study, and RaTG13's structure in comparison to SARS-CoV-2, published already on March 15, 2020.

As Dr. Li-Meng Yan, a Chinese virologist and whistleblower, implies in a detailed interview, RaTG13 may have been used to divert the world’s attention away from the true source of the COVID-19 pandemic, a novel coronavirus that originated in military laboratories overseen by China's People’s Liberation Army.

SARS-CoV-2 has two unique features contained in the S1 section of the spike glycoprotein:

(1) a receptor-binding domain (RBD), which appears “pre-adapted” for human infection, but is structurally similar to the RBD of pangolins (scaly anteaters) and

(2) a furin polybasic cleavage site (amino acid sequence proline-arginine-arginine-alanine or PRRA), a distinctive feature that facilitates membrane fusion between the virus and the human cell and widely known for its ability to enhance pathogenicity and transmissibility, but not present in any closely related bat or pangolin coronaviruses.

A scientific study published on July 1, 2020 states that, while SARS-CoV-2 sequences share the greatest overall genetic similarity with bat coronaviruses, it is not the case for the RBD, which is “nearly identical” to that of two pangolin coronaviruses.

Those authors suggest that a cross-species recombination event between bat and pangolin coronaviruses had occurred.

Yet, there is no evidence supporting a natural viral recombination between bat and pangolin coronaviruses resulting in such an outcome.

When asked about that possibility of pangolins being the SARS-CoV-2 host, Dr. Ralph Baric, a coronavirus expert from the University of North Carolina, in a March 15, 2020 interview, stated that pangolins could not be the source:

“Pangolins have over 3,000 nucleotide changes - no way they are the reservoir species [for SARS-CoV-2], absolutely no chance.”

A scientific article published on August 5, 2020, “COVID-19: Time to exonerate the pangolin from the transmission of SARS-CoV-2 to humans,” totally dismisses the notion that pangolins could have acted as a natural intermediate host for a human infection.

Given the overwhelming scientific evidence, the only recombination event possible for the appearance of a pangolin-like RBD in SARS-CoV-2 would be one occurring artificially in a laboratory.

Much has been made in the media about a newly reported bat coronavirus, RmYN02, also found in Yunnan Province by China’s Wuhan Institute of Virology, which shares 93.3% nucleotide identity with SARS-CoV-2.

RmYN02 also has a proline-alanine-alanine (PAA) sequence, which has been used as evidence that the unique PRRA sequence found in SARS-CoCV-2 could have evolved naturally.

What is not highlighted is that the RBD of RmYN02 showed only a 61.3% sequence identity with SARS-CoV-2, meaning that RmYN02 could not bind to human cells.

What can be linked to SARS-CoV-2’s PRRA furin polybasic cleavage site is the extensive research being conducted on such cleavage sites and their pathological effects on humans by the Second Military Medical University in Shanghai, China, examples found here and here.

The science is unequivocal. As hard as China and the other proponents of the naturally-occurring narrative have tried, SARS-CoV-2 has features that cannot be explained by a natural evolutionary process.