China is not just a challenge to the liberal World Order, but an existential threat to humanity 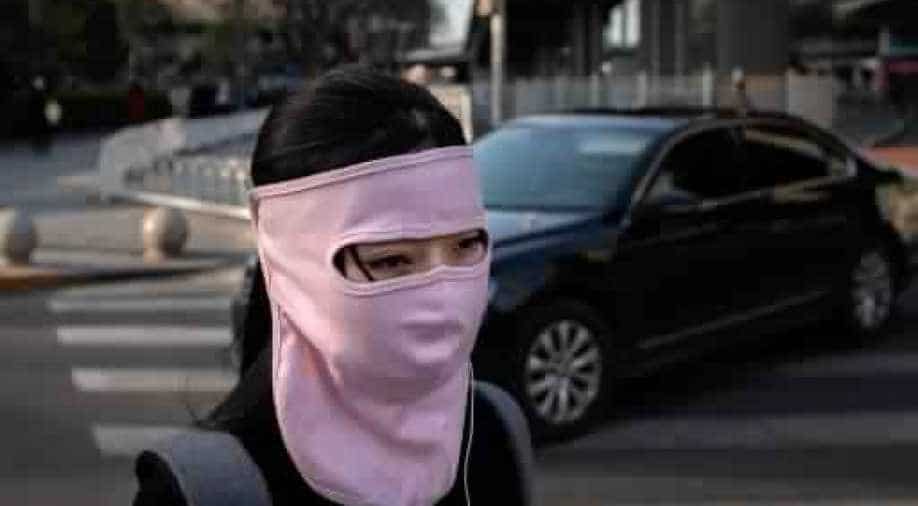 With COVID-19 killing thousands across the globe, China has revealed itself as not merely a threat to the world order, but it comes out as an existential threat to the entire humanity as well.

Usually, Australian newspapers are hardly read in India. However, recently, the Australian portal The Daily Telegraph’s article, in a befitting reply to the Chinese Consul General’s letter alleging it of  “ignorance,” “prejudice,” and “arrogance,” in its reports and opinions on China’s response to Covid-19, went viral in Indian social media circles. It unleashed debates on the post-corona world order among the Indian intellectuals generally obsessed with Pakistan and its jihadist wars in India.  It seemed as if the article awakened the usually insular Indian masses from their civilizational slumber and got them seriously thinking about the threat posed by China to the rules-based world order.

The western world got its taste of the world order with the  “Chinese Characteristics” only in the recent past as they came to know of the horrors of Xinjiang’s “vocational training centers,” muscle-flexing by Chinese Navy in the South China Sea, and China’s unfair trade practices. However, India tasted the bitter pill in 1962 only, when Mao’s China backstabbed India’s statesman-philosopher PM Nehru, hell-bent on harnessing the strengths of Indo-Chinese civilizational ties, by starting a war in Himalayan peaks that not only brought India’s growing global stature to a grinding halt, but also shattered Nehru from within, ultimately leading to his untimely demise, leaving India’s nascent democracy leaderless.

China and Corona have shaken our notions of stability and made us all apprehensive and fearful of the world order with the so-called “Chinese characteristics.”  The world community’s faith in China’s intentions, institutions, innovations, inventions, and investments has shattered almost beyond redemption. World leaders have raised the pitch in favour of finding new alternatives to reduce the economic dependence on China and new alliances to protect the rules-based order against the depredations of revanchist China. However, the current state of frenzy and panic may mislead even the sanest minds and lead us to blame the “country China and its people” for all the mayhem.

However, anyone with primary exposure to Asian history will understand that not China and its people, but China’s Communist Party (CCP) is an existential threat to rules-based world order, standing firmly on the twin pillars of liberal democracy and free and fair trade. Any systematic thought about deterring China has to begin with differentiating between China and the Chinese Communist Party, the two entities primarily at ideological and foundational crossroads. Hence,  we must all refrain from any frenzied racial outburst against China as a country, and its people as it is likely to play into the hands of CCP, giving it a powerful weapon to mobilize popular support by rousing nationalist sentiments.

At the most fundamental level, the CCP has devastated China’s great civilizational legacy and ethos. The great Chinese civilization derives its vibrancy and soul from the spiritual legacy of the Buddhist and  Confucious thought, preaching peace, a quest for spiritual purity, love, and respect for contrary thoughts and belief-systems. Despite its lofty claims to restore China’s rightful place in the world, CCP’s totalitarianism and extremism, in essence, is a complete undoing of all the paramount values China’s glorious civilization stands for. Not long ago, CCP’s Mao-led party-state massacred Buddhists and decimated their monasteries in Tibet, and implemented the “great leap forward,” leading to the death of tens of millions of its people in the devastating famines that followed it. Later, insecurities emanating from the fears of a popular revolt against his authority due to the devastating famines, Mao brought “cultural revolution” to get rid of all the “bourgeoisie elements.” However, in effect, the despot wanted to silence all the dissidents and critiques, leading the purges of millions of his ideological opponents. And, with them, China’s break with its spiritual and cultural refinements of Buddhist-Confucious past was complete. Today, CCP’s mind-games with complex jargons like “whole-process democracy”  and “benevolent rule,” which it also calls “democracy with Chinese characteristics,” are simply to counter the western challenge to its dictatorial political system by orchestrating ideological foundations to prove its political system, superior to the western one. However, such expressions are mere outer trappings to protect a corrupt political system and governance model existing under fragile foundations and a perpetual threat of popular revolt, for being inherently anti- ‘Chinese.’

At home, CCP has created the most intrusive public monitoring and  Orwellian high-tech surveillance state. With the state-controlled media, rigid internet censorships, face recognition technology, and draconian restrictions on a free debate on religious and political issues in the Universities, the CCP silences public criticism and maintains a firm grip on the information flow in China. It has prevented the exposure of Chinese society to all outside influences by denying access to foreign intellectuals, media persons, and independent observers from the UN bodies and global NGOs. The respect for privacy is anathema for CCP. Not long ago, CCP’s repressive state machinery massacred thousands of students demanding democracy in Tiennman square. In Xinjiang province, home to around 13 million Muslims of Turkic, Uyghur and Kazakh ethnicities, CCP runs the most sophisticated and high-tech detainment camps, in the name of “vocational education centers, where the inmates are subjected to rigorous indoctrination to rid them of all Islamic influences. CCP treats Islam like a ‘mental illness.’ Those observing fundamental Islamic practices such as Namaz, Rozas, and beards find themselves in the detainment camps.

CCP’s hatred for democracy and human rights does not stop at its frontiers. In the last few years, CCP has brazenly extended its vision of anti-human rights and anti-democratic political and governance model beyond its borders. China’s party-state uses its economic clout to silence all those entities, including companies, countries, individuals, NGOs, and academic institutions, who criticize its human rights record.  OIC countries, usually vocal about the Muslim causes across the globe, conveniently turned a blind eye to Xinjiang and applauded China’s counter-terrorism measures that have led to a “stronger sense of fulfilment, happiness, and security.  Hence, what happens in  Xinjiang, stays in Xinjiang, thanks to the overriding economic interests of OIC nations. Major BRI-recipient Pakistan’s PM Imran Khan often frets and fumes on twitter over sporadic incidents of Islamophobia in India. However, he preferred to keep silent over Xinjiang, while his diplomats lauded China for “providing care to its Muslim citizens,” thanks to China’s “no-strings” grants and diplomatic support.

Chinese business organizations can hardly dare to ignore the dictates of CCP. When Houston Rockets’ General Manager displeased the Chinese government by supporting Hongkong protesters on social media, all of the 11 official Chinese business partners of the National Basketball Association suspended ties with the league. Similarly, the sheer number of Chinese students and on Western campuses and large research grants are powerful enough to dissuade them from displeasing China by allowing debates and seminars on China’s human rights abuses and repression, with the participation of Chinese dissidents.  Recently, a “powerful person” in the Harvard management stopped Teng Biao, a Chinese dissident and a visiting fellow at Harvard Universit, from holding an event on his and other dissidents’ experiences of human rights abuses in China.

CCP’s state is selling high-tech surveillance technology to 60 states with weak privacy protections, including dictatorships such as Zimbabwe, Philippines, and Kyrgyzstan. China also intimidates UN member countries to support its position in international bodies. At UNHRC, China has been consistent in obstructing the passage of UN resolutions and sanctions against its cohorts like Venezuela, Myanmar, and Saudi Arabia, for gross human rights violations.

In its BRI ambit, China is supporting corrupt and ruthless dictators with “no-strings-attached loans,” in complete disregard for their track-record of environmental safety and human rights abuses. Such dubious and clandestine loans also come easy in return for the recipient country’s support and silence over China’s repression and Human Rights violations. China has invested 62 billion dollars in  CPEC (China-Pakistan Economic Corridor), a part of BRI, China’s multi-trillion dollar infrastructure project. Its terror-sponsoring ally Pakistan has displaced the local Shia Muslims in PoJK (Pakistan Occupied Jammu and Kashmir and Gilgit-Baltistan), opposing Chinese investments and encroachment of their lands. In one of the most shameless attempts at demographic engineering, they have colonized the area with Wahhabi extremists, Pak army veterans, and terrorist cadres, quite expectedly, China has been a supporting accomplice in such heinous crimes against humanity. Those who oppose are silenced through a plethora of ISI’s (Pakistan’s dreadful spy agency), covert measures including tortures and targeted killings. At the UNSC and FATF, in addition to supporting dreaded terrorists like Hafiz Saed and Masood Azhar, China has shielded Pakistan with impunity, preventing the global bodies’ action against it for financing and sponsoring terrorism in Kashmir.  Further, Chinese loans have sent many countries into a never-ending debt trap.

Until the last year, the strategists were concerned about the Chinese threat to the world order. However, after COVID-19 killing thousands across the globe,  CCP has revealed itself as not merely a threat to the world order. Instead, in its new or real avatar, it comes out as an existential threat to the entire humanity. As I am writing this piece, China has already found a berth at UNHRC despite its blemished human rights record,  aggressed in the Sikkim’s (India) Naku La, and intruded with its coastguard into the waters of Japanese-controlled Senkaku islands.

Further, the way CCP’s party-state has spread disinformation about the origin of the virus, manipulated WHO, influenced or maybe coerced prestigious media houses and influential think-tanks to project it as a savior in its corona-mitigation efforts, vehemently resisted an independent investigation into the origins of the virus, threatened Australia with trade sanctions for advocating an inquiry into the virus’ origins, and intimidated the EU’s external action service to drop the reference to its global disinformation campaign to improve its image, in its report, hardly leaves any doubt about CCP’s future intent to upset the world order and methods it will employ to achieve that.

With Xi Jinping’s eternal presidency, the CCP has gone back to the era of Mao-styled strong man rule. This time it commands robust economic strength, state-of-the-art technology in communications and defense, and a revanchist desire; hence, the tremors are spreading across the globe. Corona is just a glimpse into what lies ahead. Also, China braces the world’s fastest declining population, corona crisis and economic slowdown, which will result in job losses and a fall in the standards of living. It will result in public protest and outrage against the government, demanding more political participation. Most likely, Xi-led CCP will double down with more repression, censorships, purges, and a hyper-nationalist foreign policy. In the international arena, it may result in China firming up its ties with despots and terror-sponsoring nations by giving them nuclear technology, aggressive incursions in the South China Sea, and brazen subversion of international conventions, treaties, and institutions.

Hence, it is time to confront CCP. Moreover, the confrontation has to be holistic. From a principled stand against its human rights abuses and strategically thought-out efforts countering its economic and military aggression to a systematic campaign exposing CCP and its inhuman side, the world community has to deter CCP on every front. It has to be a united effort. With Americans in a self-imposed diplomatic quarantine mode, Australia, Japan and India have a lot to contribute, in saving China and the rest of the world, from a revanchist regime that refuses to respect life and play by the rules. 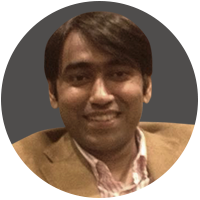 Abhinav Pandya is the Founder and CEO of Usanas Foundation, an India-based geopolitics and security affairs think tank. He has authored 'Radicalisation in India: An Exploration' (Pentagon Press, 2019)