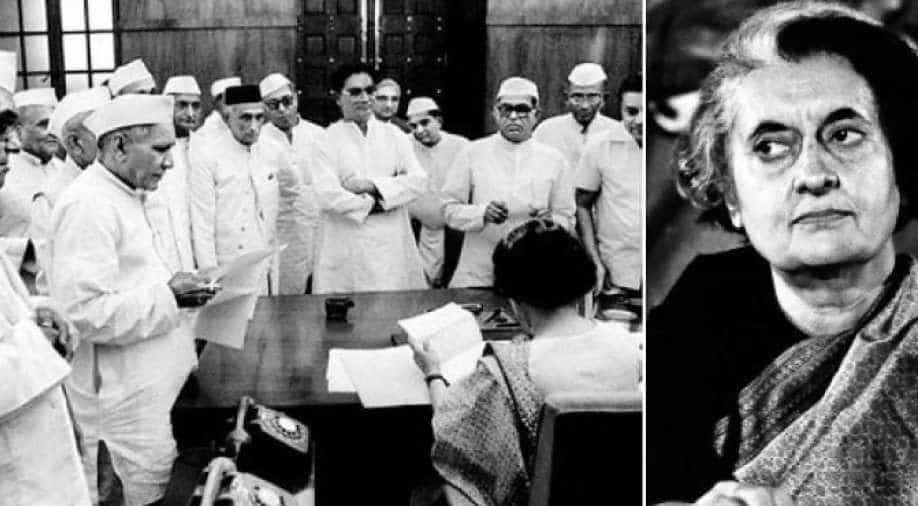 India must remember that dissent within the party and outside the government is an essential prerequisite for a functional democracy.

Emergency was the darkest hour of the post-independent India. It was a subversion of the Indian Constitution. Emergency also showed how easily Indira Gandhi could manipulate existing set-up to use draconian provisions vested in the Constitution. It was also a poor reflection on the status of the Congress party which failed to resist the supreme leader and her son’s encroachment on the democratic principle of the Constitution. Emergency not only broke the myth of the constant rule of Congress at Centre but also broke traditional strongholds of the party in north India. The effects of emergency could still be felt today by the leaders it spawned.

Let’s recount the most important development which impacted Indian politics.

Emergency mainstreamed RSS in Indian politics. After the brief experience of 1967 when non-Congress governments came up in various north Indian states by taking help from Jan Sangh, RSS still remained at the political periphery. The close cooperation of RSS with other opposition parties gave rise to the idea of combined opposition. This idea made it possible for VP Singh to become the Prime Minister for a brief time as he received support from both Left and BJP.

Another impact of emergency was the injection of activism in journalism. It also spawned a number of journalists who actively opposed Indira Gandhi. Many were jailed and many more lost jobs. The net impact of emergency was that anti-government reporting acquired political heft. It continued till 2014. Only after 2014, political heft of anti-government reporting came down.

Emergency also led to the foundation of BJP in the 1980s. With the failure of the Janata experiment, leaders associated with RSS formed a new party called BJP. When born, it chose to wall a centrist path until Advani decided to change it for good. After two back to back debacles in Lok Sabha election, Advani took a political turn and got the BJP married to hard Hindutva politics officially. BJP went on to form government in 1996 and by 2014 became the dominant party of India, displacing Congress from both Centre and many states.

Another impact of Emergency, in the long run, was political marginalisation of socialist politics in India. India repeatedly witnessed socialist not being able to run governments. It discredited them in public. The experiment of 1977, 1989 and 1996 showed that socialist parties cannot run governments on their own. Subsequently, the socialist block got divided, a part of it aligned with BJP led NDA and rest chose to become part of the Congress-led UPA. After 1996, the dominance of socialist politics was finished at the Centre.

Another impact of Emergency was the downfall of the Congress in north Indian states. Congress was able to retain south in the 1980s and was wiped out in the north. By 1989, Congress became irrelevant in Bihar and UP which accounts for 120 seats in Lok Sabha. It also showed every Indian how the absence of dissent in the party can compromise with the functioning of a nation. In absence of dissent in Congress, Indira got away with Emergency. It is the biggest lesson. Even the opposition was not convinced of a victory against Indira but people voted her out. It is a lesson, India must remember that dissent within the party and outside the government, in form of a strong opposition with a strong and neutral press, is an essential prerequisite for a functional democracy.