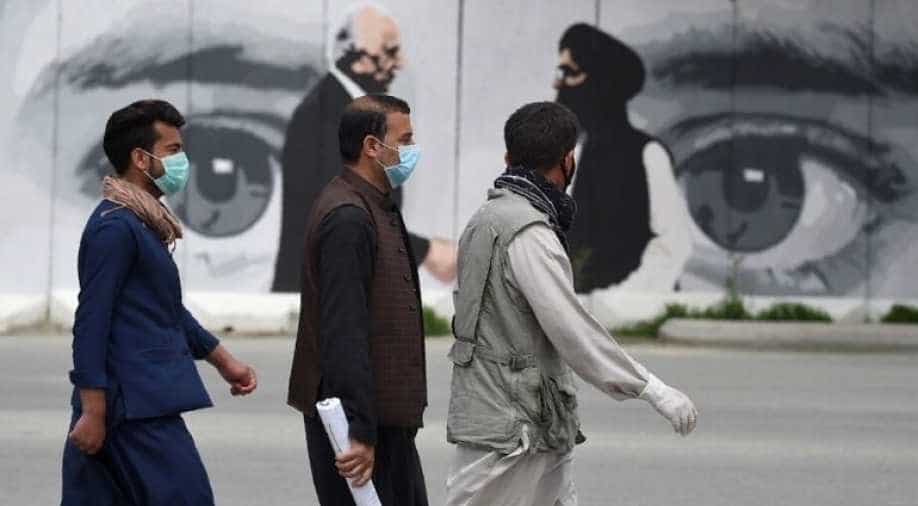 It remains to be seen as to what strategy India would eventually adopt to ensure its strong foothold in Afghanistan, as well as, to secure its security interests.

The United States of America is understandably keen to accelerate the intra- Afghan peace talks, envisaged under the historic, albeit unique agreement of February 29, 2020, which it concluded with Taliban, an Islamic fundamentalist terror organisation and the self-styled Islamic Emirate of Afghanistan. The talks were to commence on March 10, 2010, but are yet to take-off in real earnest.

What is holding up the commencement of the intra-Afghan talks? Multiple factors include:

The US-Taliban pact was imposed on the democratically elected Government in Afghanistan which was not a party to the deal, which was concluded with the primary objective of paving the path for an  “honourable” exit for the USA from Afghanistan, after nearly two decades of military intervention during which the US and allies failed to neutralise or tame Taliban. Realising its limitations, the Afghan government had nevertheless endorsed the deal and confirmed (in the Afghanistan-USA Joint Declaration of February 29, 2020) its readiness to participate in intra-Afghanistan negotiations, at which all stake-holders in Afghanistan are expected to meet and negotiate a cease-fire agreement with Taliban and determine the future political structure for the governance of the country. Logically, the elected government should have no urgency as it stands only to dilute its position if the intra-Afghan talks ultimately lead to the formation of a large coalition of diverse ethnic groups as well as the Taliban. Conversely, it has every reason to delay the process. The flip side is that the Afghan government would have to continue to face the terror attacks from the Taliban if it dilly-dallies the intra-Afghan talks.

One of the important prerequisites for the commencement of intra-Afghan talks is the swap of prisoners between the Afghan government and Taliban, a commitment made by the USA on behalf of the Afghan government in the US-Taliban agreement. After initial hesitation, the Afghan President eventually agreed to a staggered but conditional release of 5000 Taliban prisoners in exchange for 1000 Afghan security forces personnel held in Taliban custody. The process of swap of prisoners has been painfully slow, often suspended. The Afghan Government has alleged that the Taliban is not adhering to the understanding that it would release one Afghan security person in exchange for 5 Taliban prisoners released by the Government. The situation is now likely to get even more complicated after the Afghan allegation (May 11) that out of the list of 1000 personnel handed over to the Taliban, at least 610 are missing. In an interaction with media, the Afghanistan National Security Spokesperson warned that the government would not be obliged to go ahead with the agreement if the Taliban “conducted illegal behaviour with prisoners and the prisoners are lost”

The statements emanating from the USA, including by the Defence secretary suggest that the Taliban attacks against the Afghan government have increased considerably. Pentagon spokesman Jonathan Hoffman was reported to have said that the "unacceptably high" number of attacks by the Taliban was "not conducive to a diplomatic solution."

A long-standing political rivalry between President Ashraf Ghani and his former Chief Executive Abdullah Abdullah is yet another factor in the given context.  In fact, the US State Secretary was reported to have announced (23rd March) a cut in US aid to Afghanistan in a bid to force the two rivals to end the feud which in the US assessment was only helping stall the US-led peace-making efforts in Afghanistan.

In order to push the implementation of the US-Taliban deal, The US Special Representative for Afghanistan reconciliation, Ambassador Zalmy Khalilzad travelled to Doha, New Delhi and Islamabad in the first week of May. He, accompanied by Senior Director in the US National Security Council, and the US Ambassador to India, met  (May 7) with India’s External Affairs Minister and National Security Advisor. According to official pronouncements, Ambassador Zalmy Khalilzad conveyed the US recognition of India’s “constructive contribution” in economic development and reconstruction and humanitarian assistance to Afghanistan and “laid importance to India's crucial and continuing role in sustainable peace, security and stability in Afghanistan”. In response, the Indian side inter-alia expressed its concern at the upsurge of violence in Afghanistan and emphasised that “putting an end to terrorist safe havens and sanctuaries is necessary for enduring and sustainable peace and stability in Afghanistan”. At this stage of the meeting, in all probability, the US Representative may have recommended that India should also enter into a direct dialogue with the Taliban as was done by the USA. The official statements from India are silent on this aspect, reported in a segment of the media.

A couple of days after the visit of the US Special Representative, the Taliban’s Doha-based  political office spokesperson, Suhail Shaheen  was reported to have said ( to an Indian TV news channel correspondent on May 9) that the Taliban “would like to have positive relations with neighbouring countries including India and welcome their contribution and cooperation in the reconstruction of future Afghanistan."

So far India has indeed played an important role in Afghanistan but its role has remained confined largely to the rehabilitation and reconstruction of Afghanistan; it has invested about $3 billion in civilian infrastructure projects, besides capacity building including the training programmes for Afghan defence personnel. India’s contribution to economic development has earned it enormous goodwill in Afghanistan but its ability to influence the future political road map of Afghanistan or to secure assurances for its security interests within and outside Afghanistan remains limited. One of the several reasons is the reluctance on the part of India to engage Taliban or share a platform with the fundamentalist terror organization.

India, by and large, have remained excluded from the multi-party deliberations aimed at securing peace, security, stability and reconciliation in Afghanistan. Most recently, India wasn’t invited to the UN-coordinated 6+2+1 meeting on Afghanistan (16th April) attended by Afghanistan, its neighbours -China, Iran, Pakistan, Tajikistan, Turkmenistan and Uzbekistan- and the USA and Russia. The flimsy explanation for non-inclusion of India was that it did not share borders with Afghanistan, ignoring the fact that India’s territory bordering Afghanistan is currently under Pakistan’s illegal occupation.

In its official response to US-Taliban agreement (29th February), India stopped short of “welcoming” it in so many words, though it did “ note that the entire political spectrum in Afghanistan, including the Government, the democratic polity and civil society, has welcomed the opportunity and hope for peace and stability generated by these agreements”. The official statement in this regard reiterated what it said was India’s “consistent policy to support all opportunities that can bring peace, security and stability in Afghanistan; end violence; cut ties with international terrorism; and lead to a lasting political settlement through an Afghan-led, Afghan-owned and Afghan controlled process”

Should India reconsider its current policy that a lasting political settlement in Afghanistan must come through an “Afghan-led, Afghan-owned and Afghan controlled process”, considering that the elected Afghan Government is hardly in control of the peace process which at the moment is being dominated by the USA and Taliban with the active participation of Pakistan?

Should India settle down for a limited role of being only a facilitator of the economic prosperity of Afghanistan without any defined role in the processes determining the future political road map of Afghanistan and particularly without any firm commitments that the Taliban would not act against the security interests of India, nor will it allow any terror outfit to use the Afghan soil to do so?. The USA has secured an assurance to this effect through direct negotiations with the Taliban for itself and its allies. Should India, therefore, follow the US model and consider the option of entering into direct talks with a terror organisation? If India does so, it would constitute a major departure from its consistent policy of dealing only with recognised governments.

Or should India wait and see whether its role is expanded by its inclusion in expanded 6+2+1 group and also how the intra-Afghan talks develop over a period of time, and then make an assessment on the desirability or otherwise of opening a direct channel of communication with Taliban?

Should India in the meanwhile stop quietly insisting on peace process being Afghan-owned, Afghan-led and Afghan controlled and open a Track II Channel with Taliban with or without the US participation?

These are the key issues which should be engaging the attention of India’s Afghanistan policy-makers. It remains to be seen as to what strategy India would eventually adopt to ensure its strong foothold in Afghanistan as well as to secure its security interests.