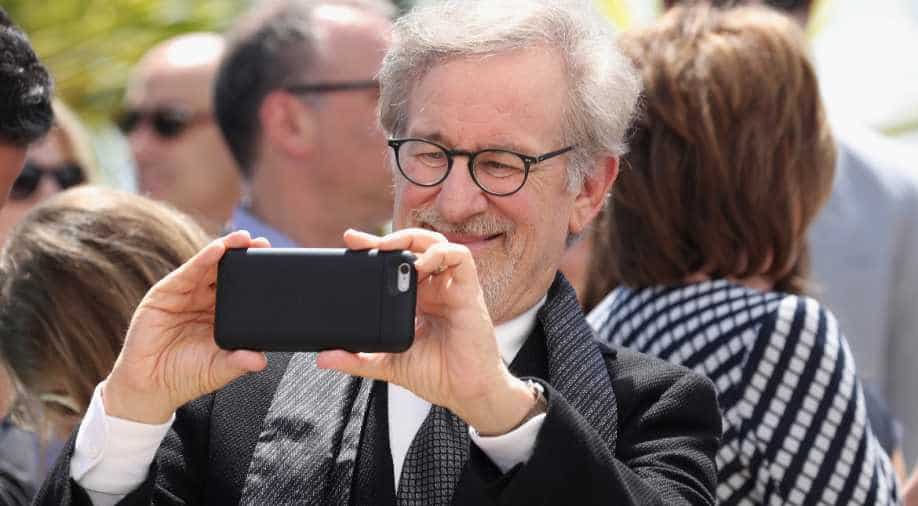 'The BFG' marks the 30th feature film by the 69-year-old Spielberg, who has won three Oscars over a career spanning five decades. Photograph:(Getty)
Follow Us
Steven Spielberg, the American director, producer and screenwriter has rarely shied away from a challenge, from deadly sharks in "Jaws" to resurrecting dinosaurs in "Jurassic Park". But when it came to creating a giant for "The BFG," his latest film, the veteran director found the prospect "very daunting".

"I don't usually get intimidated by technology," Spielberg said.

"I usually try and be at the forefront of technology, but this time I was in the wake of it. It took me a couple of weeks to get my sea legs to really realise how I could best utilise the medium of motion capture."

"The BFG," a Walt Disney film out in theatres today, tells the story of Sophie, an orphaned girl who encounters the Big Friendly Giant (BFG), played by Oscar-winning British actor Mark Rylance and brought to life using motion-capture animation.

The title character of Walt Disney Co's "The BFG," based on British author Roald Dahl's book of the same name, is no ordinary giant. He doesn't eat children, unlike his fellow giants, and instead collects and creates dreams to spread through the country under the cover of nighttime.

"Every film of a book brings out a certain essential thing of the book," Rylance said. "In film you need experience and plot. So it's very faithful to the book, but it's a different creature than the book."

When Sophie, played by newcomer Ruby Barnhill, sees the BFG one night, he takes her back to his home in the land of giants out of fear that she might give away his secret.

The plucky girl quickly becomes a friend and confidante to help the kind, gentle giant from being bullied by his larger, uncultured brethren.

"The BFG" marks the 30th feature film by the 69-year-old Spielberg, who has won three Oscars over a career spanning five decades that includes "Indiana Jones", "Schindler's List" and "Saving Private Ryan". Spielberg will be returning for the fifth installment of "Indiana Jones" with star Harrison Ford, due for release in 2019.

"I get really flattered when people like my films, but I can never see the films the way they can," he said. "I am never going to enjoy my own output the way other people can."