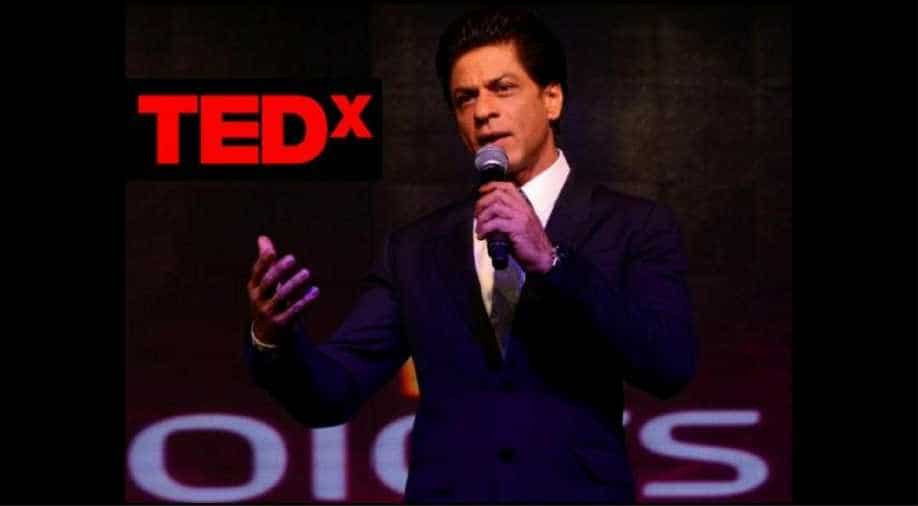 Shah Rukh Khan speaks at TED Talks and you have to watch||'I'm completely self-obsessed, as a movie star should be,' said SRK at his wittiest best

SRK, as he is popularly referred to by the fans, spoke at TED Talks in Vancouver two weeks ago. The theme of the show was ‘Future You’ and the actor was at his wittiest best.

Great with words, SRK’s talk was all about love, compassion and unification of the world. He describes himself to the audience as: "I sell dreams and I peddle love to millions of people back home in India, who assume that I am the best lover in the world."

"I've also been made to understand there are lots of you here who haven't seen my work, and I feel really sad for you. That doesn't take away from the fact that I'm completely self-obsessed, as a movie star should be," SRK said.

The first Indian actor invited to speak at TED Talks, he gave the internet a lot to talk about and introspect. From perils of social media to how humanity is in general and how we should move ahead from here.

The actor also spoke about how disturbed his family is with the rumours that his youngest child AbRam is the "love child" of his eldest son Aryan.

"Four years ago, my lovely wife Gauri and me decided to have a third child. It was claimed on the net that he was the love child of our first child who was 15 years old. Apparently, he had sown his wild oats with a girl while driving her car in Romania. And yeah, there was a fake video to go with it. And we were so disturbed as a family. My son, who is 19 now, even now when you say "hello" to him, he just turns around and says, "But bro, I didn't even have a European driving license," SRK said.

SRK was last seen in the movie, Raees and is expected to host the Indian edition of TED Talks. He is also working on several film projects.