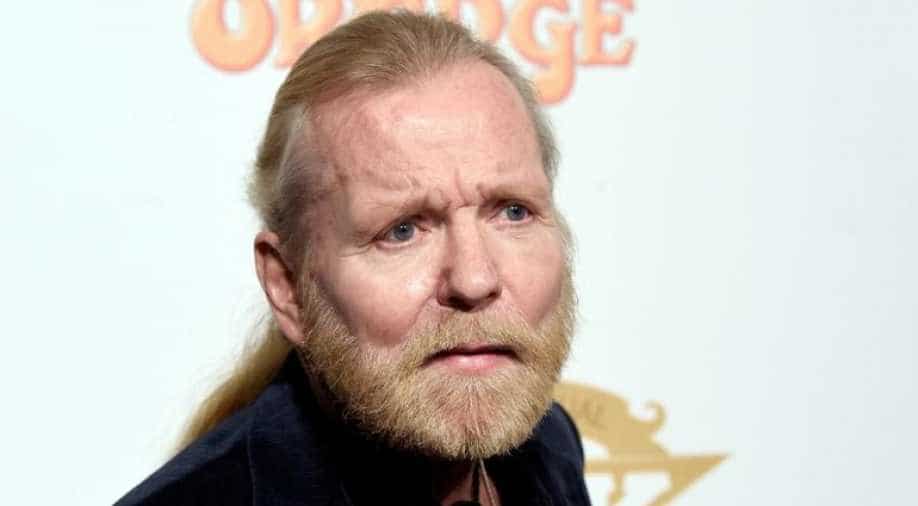 Gregg Allman, the powerfully bluesy singer and songwriter who co-founded the Allman Brothers Band and emerged as a trailblazer of Southern rock, has died peacefully at the age of 69 at his home in Savannah, Georgia, according to a statement posted Saturday on his website.

No cause of death was immediately given, but a statement on his website said he had "struggled with many health issues over the past several years".

Allman, who played keyboards and guitar and also sang, was diagnosed with hepatitis C in 1999 and underwent a liver transplant in 2010, Billboard reported on its website.

Allman's brother Duane, a co-founder of the group and a legendary guitar player, died in a motorcycle accident in 1971 at the age of 24.

Gregg Allman, known for his gentle manner and long blond hair parted in the center, went on to front the band on his own for decades. The group was fabulously popular, particularly in the 1970s.

Singer-actress Cher, who was married to Allman from 1975 to 1979, was quick to express her grief upon hearing the news.

Allman's third and ex-wife shared a picture of them with the caption "never forget....Gui."

Starr wrote, "Rest in peace Greg Allman peace and love to all the family."

"He showed me his tattoos... His voice... His soul. #GreggAllman," tweeted Etheridge under a photo of herself with Allman.

Urban said, "My heart breaks today at the passing of soul brutha Gregg Allman. Blessings and peace to all the Allman family."

Frampton tweeted, "So sad to hear Gregg Allman passed away I admire him so much and had the honour of jamming wth him recently. A gentle soul with so much soul."

Aldean said, "This one hurts a lot. This was one of my heroes. RIP Gregg Allman..."