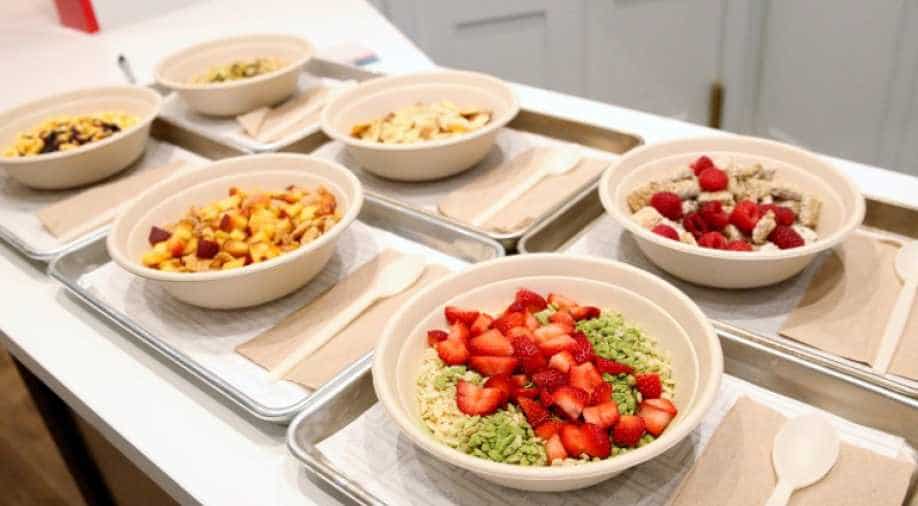 Follow Us
Kellogg Company is offering a new spot for cereal-lovers with the opening of its first cereal cafe in New York City's Times Square, the company said on Wednesday.

The maker of Frosted Flakes and Rice Krispies said a bowl of cereal at the cafe, which opens July 4, will cost anywhere between $6.50 and $7.50 and can be eaten in or taken out.

There are plans to launch a delivery service later in the year, the Battle Creek, Michigan-based company said in a statement.

The cafe is part of a push by Kellogg to reinvigorate US cereal sales that have declined as consumers choose healthier foods over sugary and processed products.

"Kellogg's NYC will remind families how fun and delicious cereal is, especially when elevated with creative ingredients," Rudolf said in the statement.

Customers receive a buzzer that notifies them when their order is complete.

Once the buzzer goes off, they pick up their order, packaged in a brown paper bag showered with Kellogg's logo, from a red locker.

And, don't worry, each bowl comes with a 12-ounce container of milk - on the side.