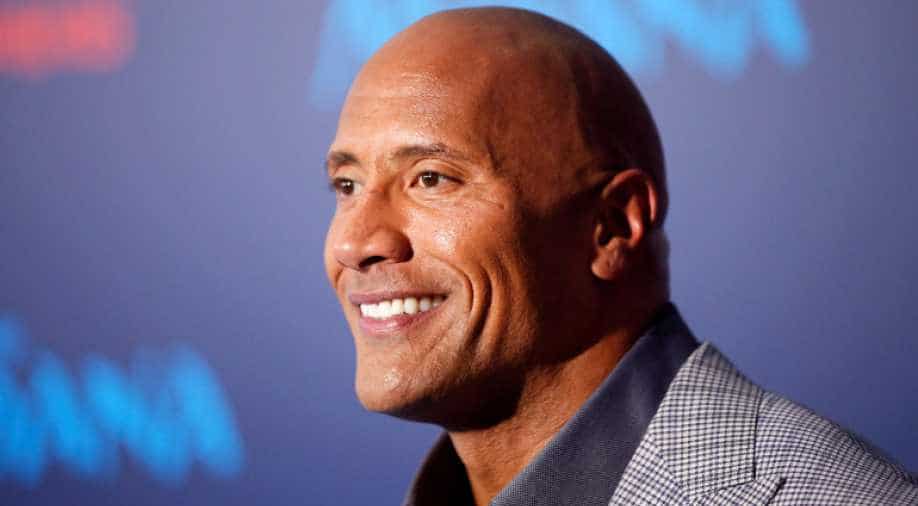 Dwayne Johnson at the world premiere of "Moana" in Hollywood on November 14. Photograph:( Reuters )

Whatever Dwayne "The Rock" Johnson is cooking these days is piping hot. Or so says People magazine, which on Tuesday named the wrestler-turned-actor this year's "sexiest man alive."

Johnson, 44, whose famous catch phrase in the ring is, "Can you smell what The Rock is cooking?", said learning about his new title put him in a quandary.

"What went through my mind was just how cool and exciting it is," Johnson told People. "And then I thought, `Wow, we’ve pretty much reached the pinnacle.’ I’m not quite too sure where we go from here."

Johnson rose to mainstream fame in the mid-1990s as a contender with World Wrestling Entertainment Inc and later became an actor and Hollywood producer.

Johnson, who stands 6 feet 5 inches (1.96 meters) and weighs 245 pounds (111 kg), is known for his herculean appearance. In fact, he played the mythological character in the 2014 feature film "Hercules."

In his latest project, the actor is featured in the upcoming Disney animated film "Moana" as the voice of demigod Maui.

Johnson has an 11-month old daughter, Jasmine, with his longtime girlfriend Lauren Hashian, and a 15-year-old daughter with ex-wife, producer Dany Garcia.

The entertainer recently said he was poised to make another major change and eventually trade in show business to enter the political ring.

"The Fast and the Furious" franchise star told Reuters that the excitement surrounding last week`s presidential election had renewed public interest in his running for office.