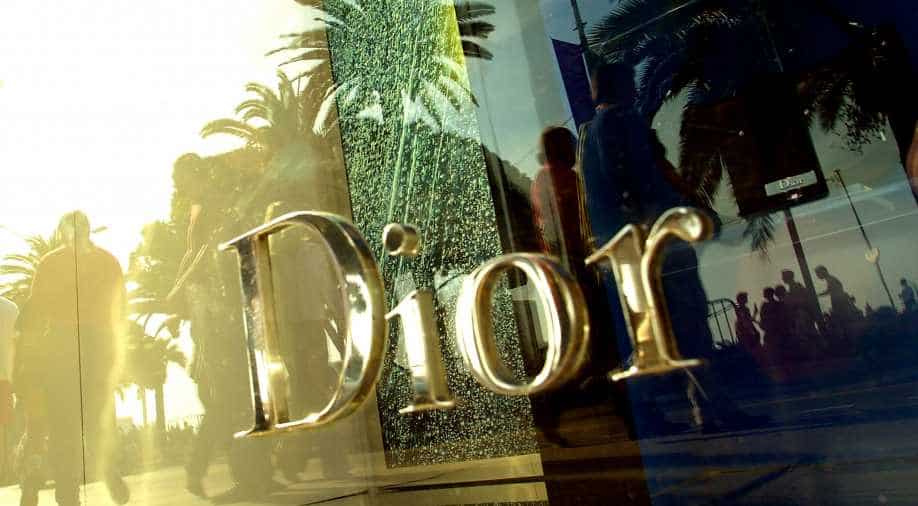 Pedestrians are reflected in the window of a Dior shop as they walk past during the 56th International Cannes Film Festival 2003 May 19, 2003 in Cannes, France. Photograph:( Getty )

Follow Us
Appointing a new Dior creative director is a "work in progress", the French fashion house`s chief executive said on Tuesday, with the luxury label still to name a head designer some six months after Raf Simons left to set up his own brand.

Dior, one of the world`s most famous designer houses, announced Simons` surprise departure in October after some three years at the helm. An in-house creative team has been working on collections since.

Toledano was speaking at a preview for Dior`s new London boutique opening this week, a four-floor store selling clothes, accessories, children`s wear as well as a home collection.

"The UK market in London business for us is doing very well, we still have double digit growth," he said, adding however that last year`s Islamist militant attacks in Paris had hurt tourism and sales in France.

"...What happened in November had a real impact on the first quarter but still we will continue developing our presence in Paris. We have a five-year plan and in September we`ll open a new fine jewellery boutique."

Dior also presented its cruise collection on Tuesday at Blenheim Palace near Oxford, Winston Churchill`s birthplace and where the label hosted fashion shows in 1954 and 1958.

Cruise collections, originally designed for wealthy fashionistas holidaying on yachts or cruises during the winter months, are outfits produced by stylists on top of seasonal lines.

Lucie Meier and Serge Ruffieux, who are leading Dior`s creative team, took inspiration from "not only the post-war high society`s wardrobes but also the restlessness and wanderlust (that) characterized the period", according to show notes.

Models, such as new Dior makeup ambassador Bella Hadid, strutted down the catwalk in tops, dresses and skirts adorned in floral as well as Asian and African prints and embroidery.

Sleeves were voluminous and up to the elbow, worn with trousers flared and cut above the ankle or slim skirts.

Dior`s signature Bar jacket, usually cinched at the waist, was slightly longer and covering hips, while its well-known bows were loosened to resemble scarves. Several outfits were layered, such as skirts over trousers.