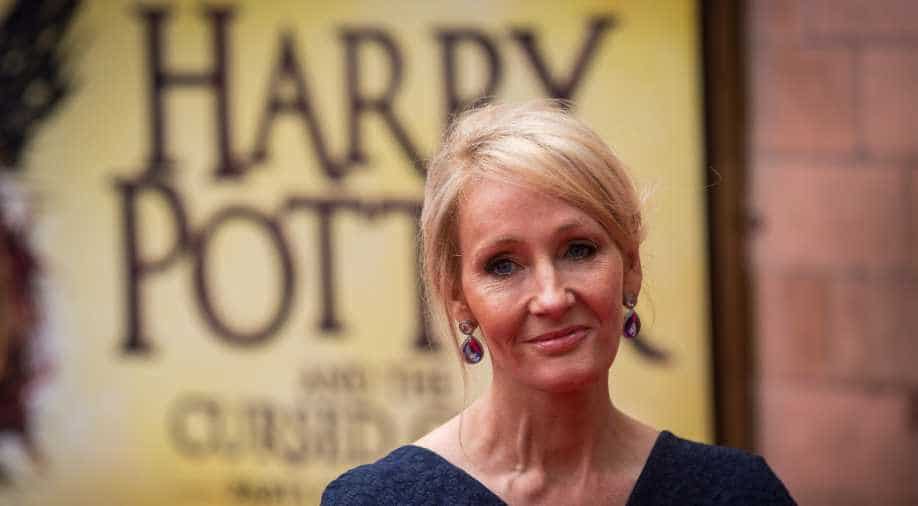 The crests for each Hogwarts house is featured in its respective colours, inspired by traditional heraldry and coats of arms and combined with typical characteristics that house. (Source: Bloomsbury) Photograph:( Getty )

The new books, published by Bloomsbury Publishing, are being brought out to celebrate the 20th anniversary of the first book in the Potter series that was helmed by J K Rowling in 1997.

Illustrated by Levi Pinfold the front jackets feature the crest for each Hogwarts house in vibrant house colours, inspired by traditional heraldry and coats of arms and combined this with typical characteristics of each house to create crests that embody the values of the house.

ICYMI: we released the covers for the #HarryPotter20 editions. Get ready to celebrate the magic on 26th June 2017! https://t.co/ZMSOX3BNdd pic.twitter.com/uORs8mWZjM

"Publishing in celebration of the 20th anniversary, 26th June 2017, there are complementary hardback and paperback jackets of Harry Potter and the Philosopher's Stone.

Using the 'coat of arms' tradition that has historically been used to represent small towns, families, countries narrating their story through images, Pinfold has scripted an interesting tale about each house's legacy, with each crest adorned with individual nuances.

"In the Hufflepuff crest, for example, there are beech leaves to symbolise tolerance and a little lamb to show gentleness. In heraldry, gold or yellow is seen to represent generosity, which of course is perfect for the Hufflepuffs among us," Rowling writes on the Pottermore website.

Slytherin's "glory and honour" is symbolised with a crescent in the house's crest, and the green colour speaks for its members' endurance. The crest also sports a dragon-like cockatrice vindicating their fierce nature as warriors.

The red coloured Gryffindor crest is meant to signify military strength, complemented by a unicorn to symbolise purity and courage, and the antlers are for strength and agility.

"We're sure Harry would like the latter if his Patronus is anything to go by," writes the 51-year-old author.

The Ravenclaw crest gets a parchment scroll to symbolise academic achievement, an owl for wisdom, a spearhead for the sharpness of wit and a book for knowledge.

The editions, that hit stands in June this year, will also contain fascinating facts about the houses of Hogwarts, and three specially commissioned house illustrations from the illustrator per book.

With an initial hardback print run of 500 copies, "Harry Potter and the Philosopher's Stone" has now sold over 90 million copies worldwide.