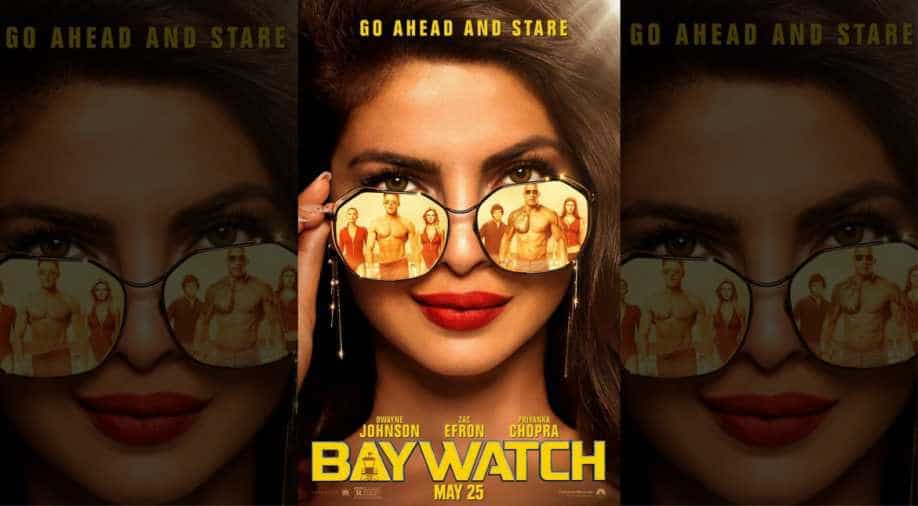 For kids who have grown up in the ’80s and the ’90s, Baywatch was one of the most discussed shows from title sequences that involved swimsuits, to hot bods and slo-mo running. So when you hear about a movie being made on the same plot with a cast like Dwayne Johnson and Zac Efron, you automatically get interested in the idea and things. Add to that our very own Priyanka Chopra as the antagonist and you expect a great movie, but alas. Directed by Seth Gordon (fame Horrible Bosses), Baywatch was supposed to follow the formula of Jonah Hill and Channing Tatum’s super-hilarious 21 Jump Street, another movie reboot of a forgotten show but Baywatch doesn't live up to the expectations. Here's more on the movie:

Mitch (Dwayne Johnson) is the lieutenant of lifeguards at Emerald Bay, Florida who is dead serious about his job and is often considered the Batman of the beach. When his team needs new recruits, the city council coaxes him to accept Matt Brody (Zac Efron), a disgraced Olympic swimmer, into his team. Mitch doesn’t like Matt’s attitude and vice-versa and they often end up clashing against each other. There are two other new recruits, Summer (Alexandra Daddario), on whom Matt takes an instant liking, and Ronnie (Jon Bass) who has the hots for the airheaded senior lifeguard CJ (Kelly Rohrbach). After the initial hazing of the new recruits, Mitch and his team get involved in a far more dark venture, when drugs and bodies turn up on their beach and suspicion fall on Victoria Leeds (Priyanka Chopra), the sexy but slimy business-woman.

One thing we have to admit about Baywatch is that it has a great-looking cast. There is plenty of eye-candy for both men and women, especially for latter, with Johnson and Efron showing off their pecs at every other scene. Both the actors are charming when they spar off with each other, especially when Johnson calls Efron everything from ‘High School Musical’ to ‘Bieber’ to ‘One Direction’, but never his real name. Some of the gags work in the initial portions of the movie, thanks to these scenes. The rest of the cast do good with what they have. Speaking of Priyanka Chopra, she puts up a fine act as the villain of the piece, oozing sexuality and menace at the same time.

Priyanka looks good but she is hardly there in the movie. It would have definitely been better has there been more scenes of actually doing things than just a mention of them. The same goes for some of the other characters in the main cast, who disappear for quite some time post mid-point. But let’s talk about the main problem with Baywatch – it wanted to do a 21 Jump Street with the Pamela Anderson show and ends up doing a miserable job of that. The tone of the movie is quite uneven, as the movie doesn’t know whether it has to pretend to be a comedy or a thriller. After some jokes at the start, the movie tried very hard to make us laugh but in the process, ends up making us grimace painfully. The entire drug plot is uninteresting and bland, and adds nothing of value to the plot. The R-rated humour is mostly related to d**k-jokes that are butchered by our dear Censor Board, with one scene even lifted off from There is Something About Mary. The premise is stupid and predictable. The two romantic subplots in the movie are added just for the heck of it.

The editing also feels shoddy, with a random scene popping in and ruining the effect of the previous one, and characters wearing the same clothes on two separate days. The special effects are also surprisingly crappy. The much talked about cameos from Hasselhoff and Anderson are blah.

The original TV show was no Breaking Bad, but it had that iconic status because it delivered what the audience wanted then in the pre-internet era – sexy lifeguards running slo-mo on the beach. This Baywatch ends up as a painful and confused tribute to that series that no one asked for. It needed more laughs, more sexiness, and more Priyanka Chopra in order to be a passable affair, in the least. Unfortunately, it’s not. Disappointing!