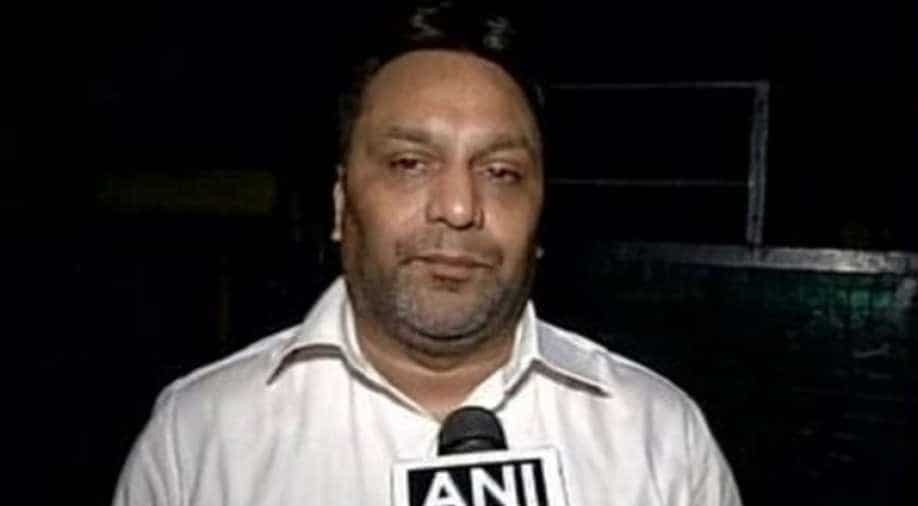 Zee Media Corporation Limited (ZMC) has sent legal notice for defamation to online website Cobrapost over their so called sting- 'Operation 136'. The sting claims that many organisations are willing to take money to promote pro-Hindutva content. Strongly reacting to the sting done by 'journalist' Pushp Sharma, ZMCL has sent legal notice to not only him but also Cobrapost editor and founder Aniruddha Bahal.

In the notice, ZMCL has panned the sting operation as ' nothing but a planned conspiracy and set of self servicing false, fabricated and baseless piece of writing, which in itself is based on tampered, doctored and edited videos'. It says the sting 'Operation Rashtravaad' aired on Zee Hindusthan exposes the malafide intent of the journalist Push Sharma and it potrays the actual facts and conversations when he approached Zee officials with his alias of Acharya Atal.

Alongside Cobrapost, ZMCL has also sent notices to 'The Wire', 'The Quint' and 'Bhadas4Media' - for carrying out news related to the so called sting in their website.

In the notice to Cobrapost, Zee Group has asked for the articles to be removed, to be tendered an unconditional apology, an assurance that the articles won't be recirculated in any form and assurance that no defamatory content is spread against it. Failing which, ZMCL will be filing for both civil and criminal suits, claims the legal notice.

The notice sent to 'The Wire' is about two articles written by them post publication of Cobrapost sting. The notice say, "The deliberate manner in which you the Noticees have carried out the story in question by publishing the impugned articles makes it abundantly clear that you the Noticees have failed to act as per the principles of journalistic ethics and have only exhibited your biased and prejudiced mindset against our client for ulterior motives".

"It appears that the impugned articles containing defamatory contents have been electronically published by you the Noticees with the specific knowledge and intention to defame our client, by making totally malicious, false, incorrect and defamatory allegations against our client," the notice says. "As a neutral media house, you were expected to ponder upon the legitimacy of such alleged sting operations as claimed to be genuine by said Mr Pushp Sharma, who had a tainted track record".

The notice says that 'The Wire' merely reproduced allegations levelled by Cobrapost without due dilligence. ZMCL has asked for the articles to be pulled down and an unconditional apology failing which both civil and criminal defamation cases would be filed.

The notice to 'The Quint' mentions two articles which are related to the Cobrapost story. It says, " The false and baseless averments, suggestions and imputations are result of incorrect and grossly irresponsible reporting and aparent malafide'.  It further says the fact that no mention of Zee's sting 'Operation Rashtravaad' is there on the Quint's website shows 'your agenda driven journalism and discloses your apparent mala-fide intentions'. The legal notice highlights the fact that The Quint didn't try to verify Cobrapost's claims and didn't took cognizance of the tainted past of the journalist Pushp Sharma. Quint too has been asked to retract the story and apologise in next 48 hours, failing which ZMCL will file cases of civil and criminal defamation.

The notice to Bhadas4Media is along similar lines. It highlights an article posted on the website. The notice says despite clarification given, the website chose to publish manipulative and slanderous Impugned articles. It also says the website was aware of Zee's sting and yet chose to glorify Cobrapost videos done by a man with questionable past. Bhadas4Media has been given 48 hours to unpublish the articles and give an apology, failing which civil and criminal defamation suits may be filed against them.

In 'Operation 136', Pushp Sharma masquerading as Acharya Atal reaches out to media houses and offers them money to run pro- Hindutva content. But look at the videos closely and they reek of convenient editing to tarnish the reputation of many mainstream media houses.

The cornerstone of any journalistic exercise is credibility. But what can be said of a so-called sting done by a journalist, who has very little to show for this basic virtue of journalism? Pushp Sharma who conducted this farcical Operation 136 to 'expose' media organisations has a controversial past, to say the least.

He has two criminal cases lodged against him that are ongoing. One of them is about carrying out alleged fake sting operations in 2009 and other about fabricating RTI responses from the AYUSH Ministry in 2016. For these, Sharma was arrested twice by Delhi Police, according to reports published in The Times of India and The Print. The trial is yet to start in both the cases.

According to media reports, Pushp Sharma and his accomplice Pankaj Kumar used to fake road accidents to trap unsuspecting policemen. Once the police officer arrived, they’d pretend to reach a compromise, following which they’d ask the police officer at the scene to hand them change for Rs 500 and Rs 1000. The officer, who didn’t know he was being filmed would hand over the change. This footage was used to later blackmail the police officer. However, according to reports, Sharma and Kumar soon ran out of luck when Delhi Police managed to set a similar trap against them.

On October 21, 2009, two police officers from Vasant Vihar PS were asked to report at an 'accident' scene near IIT Delhi. Pushp and his accomplice tried the same modus operandi with the two police officers - Head Constable (HC) Rishi Rose and Ct. Satish. Rose gave Pushp Sharma change for Rs 500 to settle the matter with 'victim' Kumar. This video was recorded, and later Pushp Sharma called up HC Rose demanding money. Officer Rose then brought the matter to the notice of his seniors who promptly busted the racket on 17 November 2009, when Sharma was caught receiving Rs 10,000 from constable Rose. The case, according to a report in the Times of India, is currently pending trial at Delhi’s Patiala House Court. Cut to 2016, and Pushp Sharma again attracted controversy with his allegation that the AYUSH ministry was discriminating against Muslims while hiring yoga trainers. He cited an RTI reply in his report which was fake according to the Ministry. The AYUSH ministry lodged a formal complaint against Pushp Sharma for filing a 'fake' RTI and the journalist was booked on multiple charges.