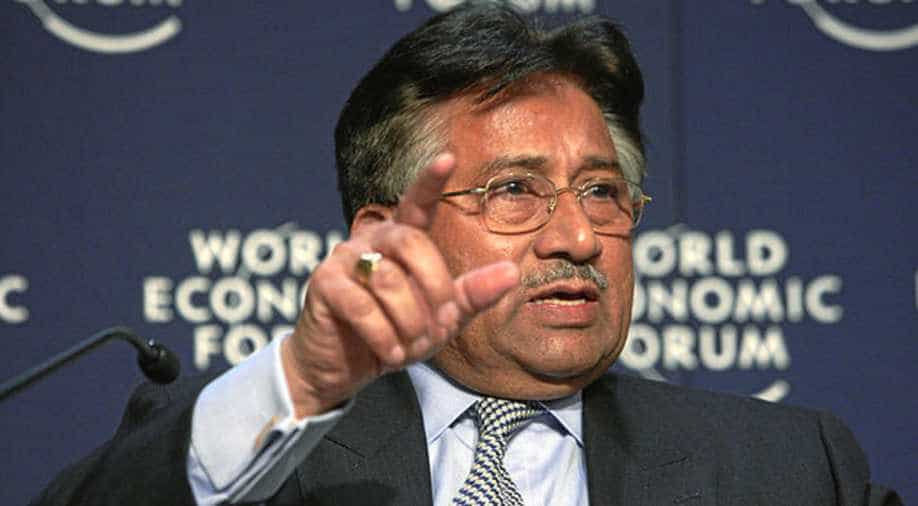 Pakistan's former president Pervez Musharraf Thursday claimed that Asif Ali Zardari was responsible for the killing of his wife Benazir Bhutto, saying the former president gained the most from the assassination of the country's first woman prime minister, media reports said.

The 54-year-old Pakistan Peoples Party (PPP) chief and a two-time prime minister was killed along with more than 20 people in a gun and bomb attack in Rawalpindi's Liaquat Bagh during an election campaign rally on December 27, 2007.

Former president and army chief Gen Musharraf, who was last month declared a fugitive by an anti-terrorism court which ordered seizure of his property in the Bhutto murder case, accused PPP co-chairman Zardari of "having the most to gain from Benazir Bhutto's murder" in a video posted on his official Facebook page.

"Asif Ali Zardari is responsible for the Bhutto family's demise and is involved in the deaths of Benazir and Murtaza Bhutto," he said in an address to the three Bhutto-Zardari children, the Bhutto family and the people of Sindh, Dawn reported.

"Every time there is a murder, the first thing that needs to be seen is who has the most to gain from the death. In this case, I had everything to lose as I was in power and the murder put my government in a difficult situation," he said.

"There was just one person that had everything to gain from Benazir's assassination and that was Asif Ali Zardari," Musharraf said, adding that it was his analysis of the case.

Zardari was in power for five years, why did he not look into the case, why was the investigation not active? because he was involved in Benazir's murder, Musharraf alleged.

"The evidence is clear that Baitullah Mehsud and his people were involved in the murder, but who had asked them to target Benazir Bhutto ? it could not have been me, the group hated me and the feeling was mutual.

"It is a known fact that I wanted Mehsud dead and so did the government of Pakistan after his group had attempted to kill me," Musharraf said.

Zardari, on the other hand, had a great relationship with then Afghan president Hamid Karzai, a link he could have used to influence Mehsud and his people, he claimed.

"The charge they are levying against me is that I did not provide Benazir adequate security? something I was not responsible for ? the only question I have is, who took the decision to create a hatch in the roof of a bullet and bomb proof car? he said.

He said Benazir had a heavy security detail and had got into her car unharmed before someone called her incessantly and got her to wave to the people out of the hatch.

There was no immediate reaction in the Pakistani media from the Bhutto family.

Musharraf, 74, who came to power in a bloodless coup in 1999, has been living in Dubai since last year when he was allowed to leave Pakistan on the pretext of medical treatment.

The ex-army chief is facing a slew of court cases after returning from five years of self-exile in Dubai to contest the general elections in 2013 which he lost.

He is also facing trial in high treason case for abrogating the constitution in 2007 and illegal detention of judges same year.