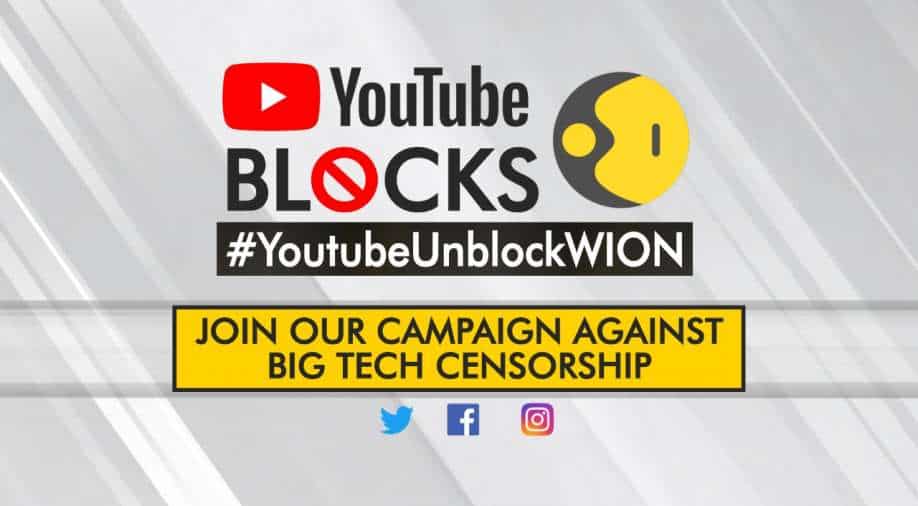 WION neither believes in censorship nor in telling half the story. Apparently, that's what YouTube wants. This treatment was reserved only for WION—a channel from India. Not for western channels

Since the beginning of this invasion, WION has been trying to deliver an objective view of the situation in Ukraine.

WION has condemned the invasion and at the same time, has made sure that its reportage remains balanced and tells you both sides of the story.

WION makes sure that the reportage reaches every corner of the world, that it should be easily accessible to all and that it should inform your opinion.

And every day, WION tries its best to do that. But it seems YouTube does not approve of this.

On March 22, WION was blocked. No new uploads, no videos, total block.

A lot of our viewers noticed this and in fact have even written to us, asking “Why isn't WION posting videos anymore?”

YouTube, apparently, had a problem with one of WION’s videos, dating back to March 10.

Days went by, and nothing happened. On March 22, WION got a message from YouTube, saying that it is blocking us to post any videos. They said it violated YouTube's community guidelines.

Then the next day, WION made an appeal to YouTube, but it was rejected.

So naturally, WION wrote to them, demanding an explanation.

And this is what they said in their reply.

“Under this policy, we have removed content, for example, denying that Russia invaded Ukraine or alleging that Ukrainian victims are crisis actors."

So just to be sure, we went back to check the video, and this is what we found in Sergei Lavrov's speech.

These were spoken by the Russian foreign minister, not WION. And neither did WION endorse it.

Does that mean WION is denying the war? If so, then YouTube must explain these videos.

WION neither believes in censorship nor in telling half the story. Apparently, that's what YouTube wants.

Block out everything Russia says, promote everything the West says. WION does not subscribe to that sort of journalism. Its objective is to remain balanced.

Does that mean WION is supporting Russia? Of course not.

Anyone who watches WION channel will tell you that.  And for the record, this treatment was reserved only for WION—a channel from India. Not for western channels.

Two important things should be noted. One, who made the big tech our media watchdog?

YouTube cannot be a platform and act as an editor and a censor all at the same time. That's called rigging the game.

“Silencing Russia will not end this war. Silencing us will not stop our journalism. We want people to know the truth—To hear and reject the lies, to form their own opinion and not be fed and programmed.”

And we don't want to limit this to our channel. This must be a larger campaign. We request our viewers to write to us using this hashtag #YouTubeUnblockWION.

We are already seeing great engagement. A lot of you have started using this hashtag. 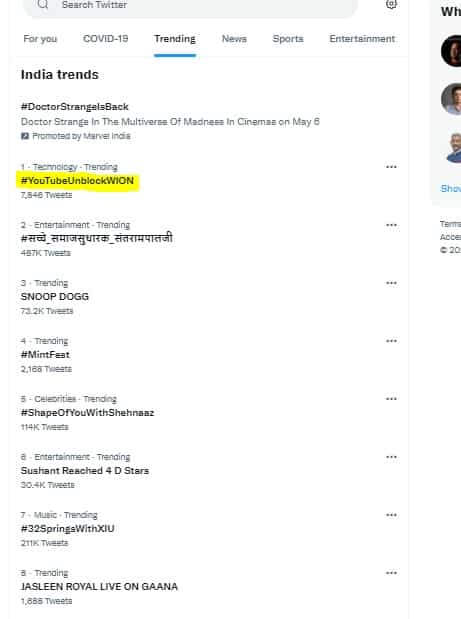 Your support, your concern, we appreciate all of it. Hopefully, our collective voice will reach the bigwigs at YouTube.