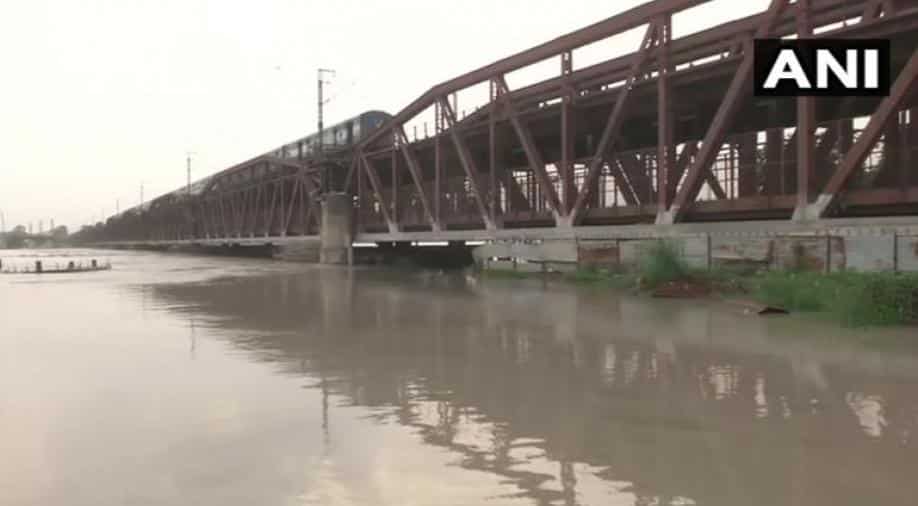 The river was flowing at 206.04 metres Tuesday noon with the danger mark being 204.83 metres, officials said.

While rains continue to lash parts of North India, rising water levels in Yamuna river is undeterred. According to reports, the river, on Tuesday, rose to 206.05 meters in Delhi/NCR, leading to around 14,000 evacuations.

"The level of Yamuna maintained at 206.05 meters for seven hours (till 8 pm). The rise was contributed by hourly discharge from Hathani Kund Barrage," Delhi government's flood control room said.

The river was flowing at 206.04 metres on Tuesday noon with the danger mark being 204.83 metres, officials said.

Another 21,006 Cusec of water was released from the Hathani Kund Barrage on Tuesday night. The water was released by Haryana at 10 pm. With the latest release of water, the level of Yamuna river in the national capital is expected to rise further on Wednesday.

"Today, Yamuna was flowing at the warning level and the rising trend of the river is continuing," Additional District Magistrate Ravindra Kumar said.

The sub-divisional magistrates have been instructed to maintain vigil round the clock. People living in low-lying areas have been advised to shift to flood posts if the rising trend continues, he added.

The flood water has reached colonies based in flood zone of Mathura and Vrindaban, he said, adding that they would be shifted to flood outposts if the water entered into their colony.