With fresh snowfall, tourists have a fun day in Kashmir 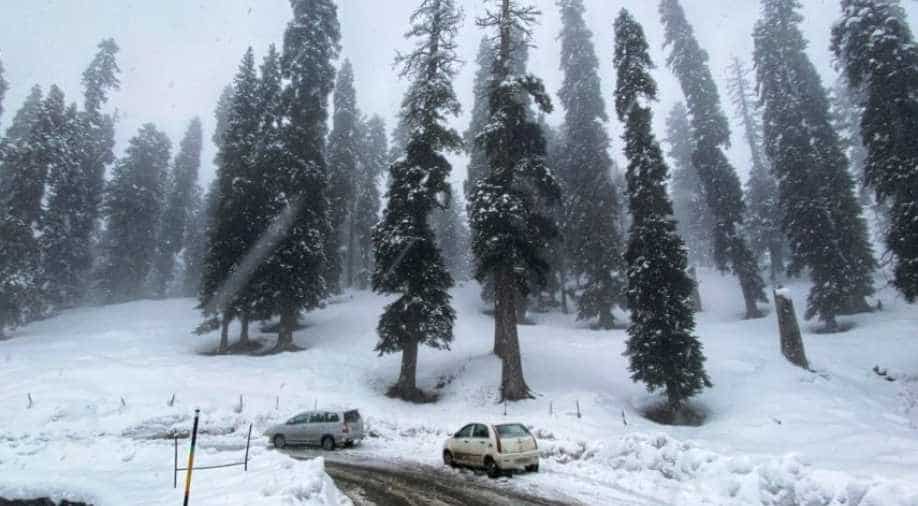 In Gulmarg, tourists were seen enjoying the first snowfall.

Parts of Kashmir valley received fresh snowfall on Friday, bringing joy on the faces of common people who are hopeful of tourism revival in the newly created Union Territory.

Since the abrogation of special status, the flow of tourists in Jammu and Kashmir has been considerably low due to the security situation and advisory barring tourists from visiting the valley. The advisory, however, was later revoked.

Since morning, mountains surrounding Kashmir were covered in a white blanket of snow. The weather department had predicted moderate to heavy snowfall in the mountainous areas of Kashmir and parts of Ladakh.

In Gulmarg, tourists were seen enjoying the first snowfall. This also marks the beginning of the winter tourism season when people from India and across the globe start visiting.

"People are very nice here. I think more people should come to visit Kashmir and this winter is very exciting for me. I think there should be internet so that more people come here," said Zilvia, a tourist from Indonesia.

Tourists from across the globe visit the valley to enjoy skiing, ice skating, and snowboarding. Gulmarg offers some of the best slopes in south Asia for such activities. Earlier, the Home Ministry in its reply to Lok Sabha had said that more than 34 lakh tourists had visited Jammu and Kashmir during the last six months, including 12,934 tourists from abroad.

"I feel safe here and I feel this is the real paradise on Earth. Some of us are witnessing snowfall for the first time. We are more than excited to see the valley," said Lizme, another tourist from Indonesia.

Surrounded by the western Himalayas, Gulmarg is dotted with tourists from across the globe during this time of the year. The place has been called the "heartland of winter sports" in India by CNN. The government of India has already invested $420,000 to transform Gulmarg into a world-class ski destination.

"We are pleased to see these surroundings. I wish to stay here longer. My basic purpose of the visit was to witness the snowfall and now that is complete," said Sudhir Kumar, a resident of Patna, Bihar.

Slopes at Gulmarg are made for experienced as well as those who are new to the sport of skiing. Around 40 thousand tourists have already visited this destination, mainly for skiing and snowboarding. Ranked as Asia's seventh best ski destination, Gulmarg attracts ski lovers from countries like Russia, Australia, and New Zealand among others.