Will contest 2019 polls from Patna Sahib even if 'situation otherwise': Shatrughan Sinha 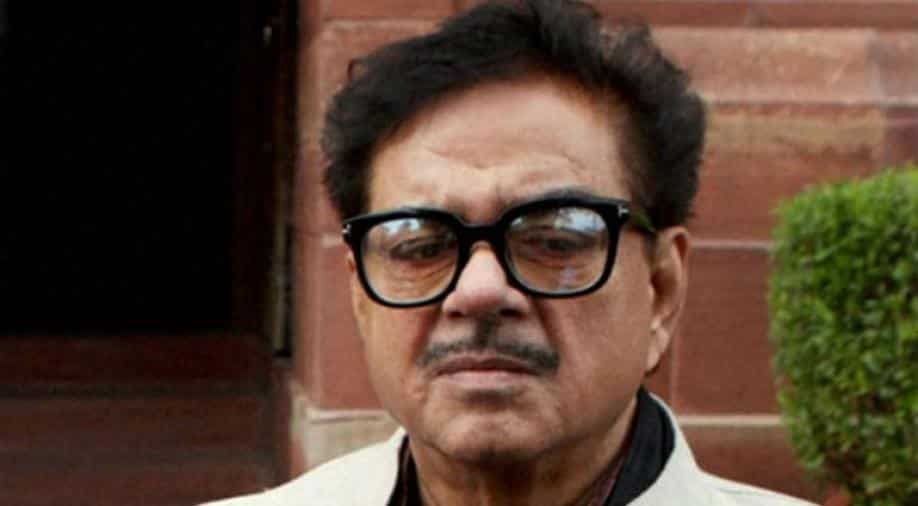 Disgruntled BJP MP Shatrughan Sinha today hinted that he would contest the 2019 Lok Sabha polls from the constituency from where he had won in 2014, "even if the situation is otherwise".

Replying to a question, the actor-turned-politician, who was in Patna to attend the marriage ceremony of RJD chief Lalu Prasad's son Tej Pratap, told PTI, "The location (of the constituency) will be the same, even if the situation is otherwise."

Shatrughan Sinha is a Lok Sabha member from his native Patna Sahib seat for the second consecutive term.

"We are family friends. Visiting each other on such an occasion is part of our sanskar (tradition)," he said, when asked if the visit had any hidden political message.

"It has emotional value and no politics should be read into it," Sinha said, while adding, "At least for now."

After a slew of attacks on the current BJP leadership and firing salvos at Prime Minister Narendra Modi, it is being speculated whether the actor-turned-politician would be fielded by the BJP in the 2019 general election.

Shatrughan Sinha, who is popularly known as "Bihari Babu" has been at loggerheads with the party leadership ever since he was ignored during the 2015 Bihar Assembly election.

The BJP leader had also visited Lalu Prasad at the Ranchi jail, where the RJD chief was lodged after being convicted in fodder scam cases. He had yesterday congratulated Lalu Prasad on his son's marriage and for getting a six-week provisional bail on medical grounds.

After he shared the dais at an event in Patna with former Union minister Yashwant Sinha, who recently quit the BJP after consistently attacking Modi and BJP president Amit Shah, Bihar Deputy Chief Minister Sushil Kumar Modi, through a tweet, had made an oblique dig at him, saying the "shatru" (enemy) of the saffron party should quit, instead of waiting for expulsion.