Why is it time for India to reassess its vaccine strategy 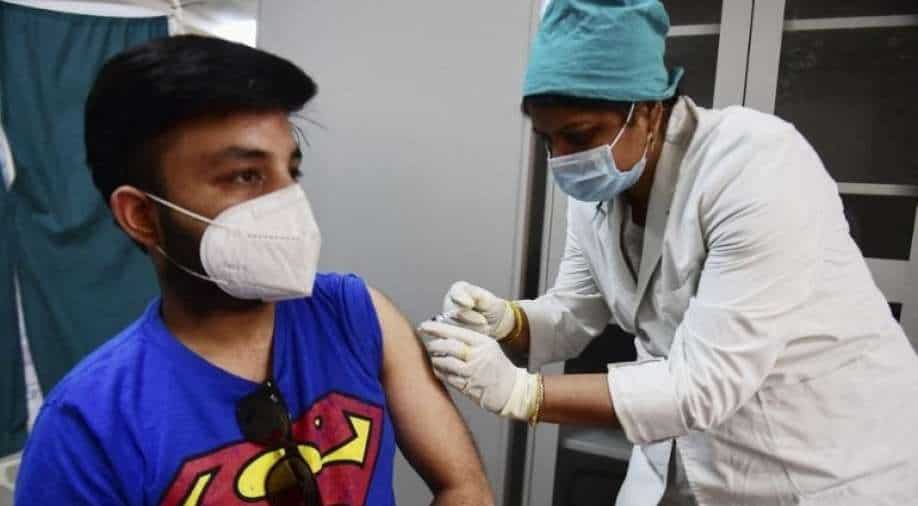 A file photo of a medical worker inoculating a man with a dose of coronavirus vaccine at Moti Lal Nehru Medical College in Allahabad. Photograph:( AFP )

India has so far exported 64 million vaccine doses to 83 countries and administered the same number of doses at home. Its inoculation drive expanded from Thursday to include everyone above the age of 45, which is expected to raise vaccine demand substantially.

India kicked off its inoculation programme in January focused on health workers and then the elderly, saying it wanted to cover the most vulnerable first.

The country has approved two vaccines Covishield by the Serum Institute of India and Bharat Biotech's Covaxin.

However, half of India's population is below 26.8 years of age. But these people do not qualify for inoculation.

Young people are being infected with the novel virus and they are losing their lives because of it.

India vaccine strategy is discriminating against the youth of the country even though many of them are suffering from life-threatening illnesses.

A survey conducted by an online platform called local circles found that 75 per cent of Indian citizens are in favour of the government opening the vaccination for all above the age of 18.

Currently, only 25.35 per cent of India's population is eligible for vaccination. The age group 45 or above makes up for just 345 million of the total 1.36 billion population.

With school children still at risk and a population that travels, goes to work and socialises the most, this is not the best strategy to achieve herd immunity.

Although India is expanding the vaccination programme, it needs to welcome all adults with co-morbidities and those above 18 working in public-facing jobs.

The United Kingdom is inoculating those above 16 who are in high-risk groups. In the United Arab Emirates, everyone above the age of 16 is eligible for vaccination.

India must realise that its young workforce is its backbone and that it needs to rethink its vaccine strategy.