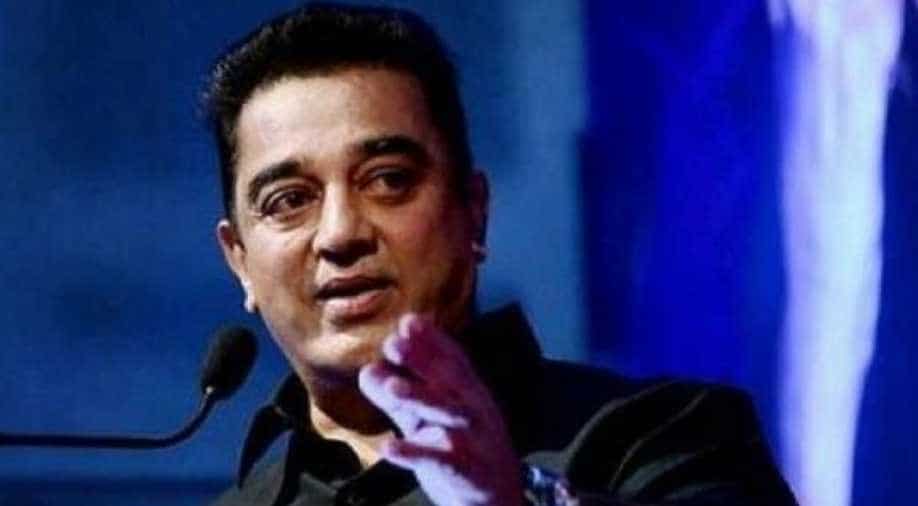 Actor politician Kamal Haasan Sunday wondered why the ordinance promulgated by the President provided for death penalty for rape of girls under 12 years alone and not for those aged between 14 and 16 and said families should bring up boys to act responsibly.

The Makkal Needhi Maiam chief was addressing his party workers and supporters through YouTube.

Answering a question on crimes against women and children and the rules he would bring in if his party was voted to power, Haasan said "rules can be formulated... even now death penalty has been prescribed."

Haasan had made known his views against the death penalty before he entered politics.

The MNM chief said the important thing was for families to change their mindset in the way they brought up boys.

"Just like we teach the values of chastity and honesty to girls, boys too must be brought up responsibly by families. Sadly, this was not being done and boys were pampered and allowed to do what they wanted, 'just because he is a male', the actor said.

No government rule was needed to implement this, he said.

President Ram Nath Kovind on Saturday promulgated the criminal law amendment ordinance,paving the way for providing stringent punishment, including "death" penalty, for those convicted of raping girls below the age of 12 years.

The actor turned politician said he had given deep thought as to why he should get into politics when leaders he respected like Mahatma Gandhi and reformist leader Periyar had stayed away from it.

"All along I was keeping quiet thinking I could toe a similar line. Had such leaders been alive today, there would have been a necessity for them to take part in electoral politics," he said.

Haasan said it was not a spur of the moment decision for him to join politics. It was a thought process lasting many years.

There was also some confusion in arriving at a decision but he overcame it, he said The MNM chief said he had a "guilty" feeling as he wondered if politics was pushed to a bad phase due to "carelessness" of the general public and the media in monitoring the government and questioning it.

Haasan alleged that there was arrogance among those in power and hence they were disinclined to answer people's questions. Such factors steadily pushed him towards getting into politics.

He replied in the negative when asked whether he ever regretted entering politics.

To a question, the actor said his brand of politics would be driven by people's welfare and he did not hanker for power.

To another question, he said "you decide what I should be... whether the Chief Minister or Leader of Opposition." On eradicating caste, Haasan said it was a 'disease' and it should be eradicated.

Caste-based discrimination was a reason for poverty.

Caste could not be eradicated immediately he said and called for a change from a personal level to facilitate it.

Stating that 'gram swarajya' was a possibility, he said his party has adopted already a village and more will be done.

He told his cadres to deal firmly and properly if political parties put obstacles during their welfare work.

"Those who pose obstacles for service to the people are anti-nationals, they should be dealt properly but without violence," he said.