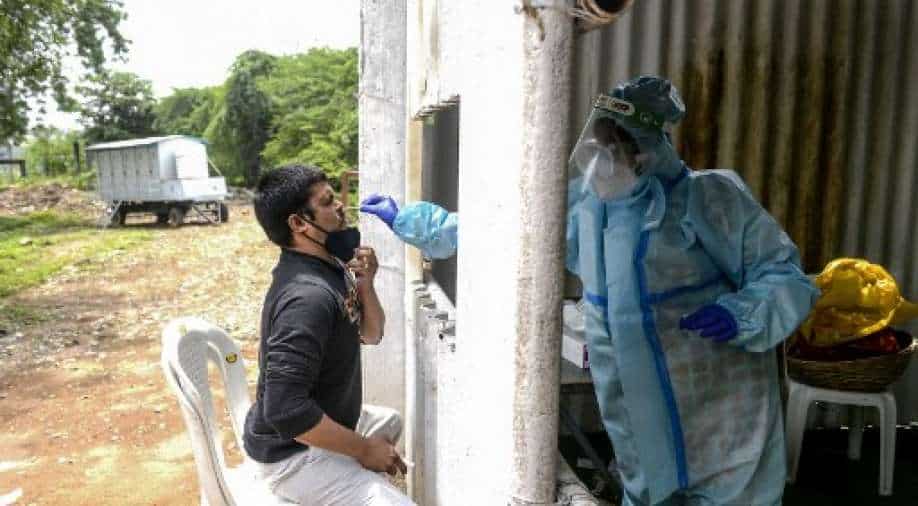 A cocktail of variants is driving India's second wave and the disease is proving to be fatal for more patients.

The virus has been behaving differently and spreading faster. Earlier, the virus spread through droplets in the air through coughing or sneezing but now you can get infected just by speaking to a carrier.

So more people are getting infected and their condition is worsening faster. It gives doctors less time to respond.

While the extent of their spread remains unclear, experts believe all these variants are in wide circulation in India and they are making the job of India's frontline workers harder.

These mutations spread far more quickly than before, going by one estimate they can spread from one patient to the next - 20 to 50 per cent more easily. As a result, more people are getting infected. Earlier, a patient could easily isolate at home without putting other family members at risk. Now, entire families are getting infected.

Dr Dodul Mandal, a senior oncologist in Delhi, recently recovered after contracting the virus. Mandal's family was infected as well. Dr Mandal believes the behaviour of the virus has changed.

Anecdotal evidence suggests that patients suffering from a moderate or serious illness suffer from high and persistent fever. Some are developing blood clots, increasing the risk of death.

Beyond a persistent cough and loss of smell and taste, patients are now also complaining of headaches, conjunctivitis, rashes and diarrhoea.

Until last year, experts believed India saw a much milder strain of the virus but the newer variants are beating the immune response of the human body.

Even those who tested positive before and recovered are getting infected again.

The Indian Council of Medical Research (ICMR) conducted an investigation recently and found that reinfection is rare, but a real possibility. Out of 1,300 individuals which the ICMR assessed, 4.5 per cent were reinfected.

Experts believe these variants infect the cells of the body far more quickly. Patients now need oxygen in less than a week, with cases becoming severe in a matter of a few days, leading to more serious patients, increased hospitalisations and even deaths.

Hospitals are now adopting different protocols instead of sticking to a fixed formula to treat different patients.

2021 was supposed to be the beginning of the end of the pandemic but the virus is fighting back with mutations. And for healthcare workers in India, the task to defeat the virus just got tougher.