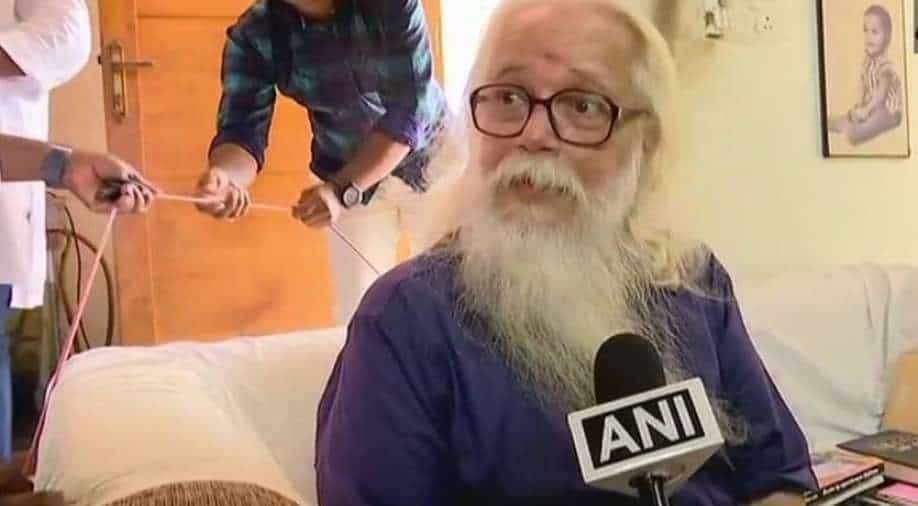 Rocketry—The Nambi Effect:  Scientist Nambi Narayanan, recipient of the "Padma Bhushan" (third-highest civilian award in India), oversaw the creation of the Vikas Engine, which enabled India to advance quickly into the PSLV rocket era. He is currently 80 years old. In order to assist India in launching heavier satellites to higher orbits, he also envisioned and worked toward constructing a far more sophisticated cryogenic engine domestically.

PSLV, GSLV and GSLV Mark 3, all three of India's operational spacefaring rockets have one technical feature in common - all of them (in one stage or another) are powered by the 'Vikas' Engine. The liquid-fuelled Vikas Engine is a mainstay of all Indian rockets and continues to do so, till date. 'Padma Bhushan'(India's third highest civilian award) recipeint Nambi Narayanan (now aged 80) is the scientist who led his team to develop the Vikas Engine and help India leapfrog into the era of PSLV rockets. He also envisioned and worked towards developing a significantly more advanced Cryogenic Engine indigenously, to help India launch heavier satellites to the higher orbits.

Hailing from a modest family in Nagercoil, Tamil Nadu, Narayanan was a brilliant student and had a particular interest for Mathematics. After completing his Engineering at the Thyagarajar College of Engineering, Madurai, he went on to work as a trainee assistant engineer in a sugar factory and quickly rose through the ranks. When a family emergency forced him to quit the job, he came across a piece of paper that would change his life - newspaper that was used to wrap grocery had invited Mechanical Engineers with a 'first class' to join the TERLS (Thumba Equatorial Launch Station) in Kerala's capital Thiruvananthapuram.

In 1966, when it was known as INCOSPAR, Nambi Narayanan joined India's Space Programme, which would be renamed 'ISRO' in 1969. Working with what was India's first space science team.

In its nascent stage, during the 1960s and 70s, ISRO scientists had a difference of opinion on technical grounds - whether to develop solid-fuelled engines or liquid-fuelled engines. A vast majority of the then Indian Space Research Organization (ISRO) believed in focussing their energies and resources towards solid engines as the technologies linked to it were relatively more achievable. Whereas, the pursuit of liquid-fuelled engines was considered akin to chasing a chimera.

Technically speaking, liquid-fuelled engines are more fuel-efficient as they can be switched on and off, they can lift heavier payloads. Liquid engines also have lesser vibration and can burn for longer durations when compared to solids. While a solid engine burns out after use, the liquid engine can be tested, re-used after cleaning and re-assembly. Most advanced rockets in the world are primarily dependent on liquid-fuelled engines. If and when solids are used, they are only for the initial thrust (using boosters) at lift-off.

Eventually, it was Princeton-postgraduate ISRO scientist Nambi Narayanan(now regarded as the Father of Liquid Propulsion engine technology in India), who impressed upon the organization to consider diverting resources to urgently develop liquid fuelled engines, given how they were the future of rocketry and how advanced nations were achieving more with these engines.

Dr. Vikram Sarabhai, Father of the Indian Space Programme, had not only permitted the deputation of the young Nambi to Princeton while he was working at ISRO, but also ensured that the bureaucratic rigmarole was cleared smoothly before he left. Significantly, Nambi Narayanan completed his course at Princeton (which typically takes around two years), in ten months.

After Nambi Narayanan completed his course in record-time, when the Americans tried to poach Nambi, by coaxing and showing him the high-end American facilities, it was Sarabhai who advised Nambi. "Leave the nasty guys and take the next flight" Nambi recalls the Father of India’s Space programme having told him.

The Story of the Vikas(Vikram A Sarabhai) Engine

It was in 1973 that ISRO had launched an experimental rocket(LP-006) using a 600kg thrust liquid engine. The 600kg thrust engine was minuscule compared to the giant 60ton engines(clustered in four to obtain 240ton thrust) that the Americans and Russians were using. However, the success of this liquid engine in its test flight, gave ISRO further impetus to strike a deal with the French to co-develop a 60-ton thrust liquid-fuel engine(a 100-time jump when compared to ISRO’s 600kg thrust engine). While the engine was not an all-new model, it was an improvised version of a smaller French engine in the Viking series.

The French had named their engine 'Viking', but the Indian-side, led by Nambi Narayanan, that negotiated the contract had decided on an Indian name - Vikas. Vikas means development in Sanskrit, but Nambi saw an adapted anagram - Vikram A Sarabhai. This was known only to the late TN Seshan, a top bureaucrat who had later served as the Chief Election Commissioner of India. Nambi kept the real-intended meaning of Vikas a secret, owing to the bureaucratic procedures and approvals that ISRO followed when naming a project or a facility.

From 1974 to 1980, a team of 100 Indian scientists(in different batches) led by Nambi Narayanan, had learnt to jointly develop the 60-ton thrust Viking-3 Engine, at a French facility in Vernon. While the Indian team had learnt how to make an engine, they didn’t have the approval for one such project. And the engine alone doesn’t make the rocket what it is! Hence, on their own, the team had to master several other components and sub-components that went into a rocket. It would be 1982, before ISRO developed these engines and later got approval to incorporate the engines into a project—the PSLV.

During the development of the PSLV in the late 80s, it was decided that the 60-ton thrust engine developed with the French would fit into the second stage. PSLV is a 4-stage rocket that is powered by a solid-liquid-solid-liquid configuration.

Finally, it was in 1993 that the PSLV lifted off for the first time, but the mission was a failure, after it encountered an error mid-flight. However, most of the critical systems on-board the rocket were validated despite the failed mission. However, nearly a year later, in October 1994, the PSLV lifted off majestically and proved the rocket’s capability to lift 1000 kgs to orbit.

Since then, the PSLV has flown more than 50 times. With only 2 missions failing. However, the ‘obstinate Vikas Engine’, which was developed by Nambi Narayanan and his team had flown flawlessly in all the flights. Later, the Vikas Engine was used in the GSLV and GSLV Mk3 rockets.