Who is Droupadi Murmu, the ruling party's candidate for Indian president? 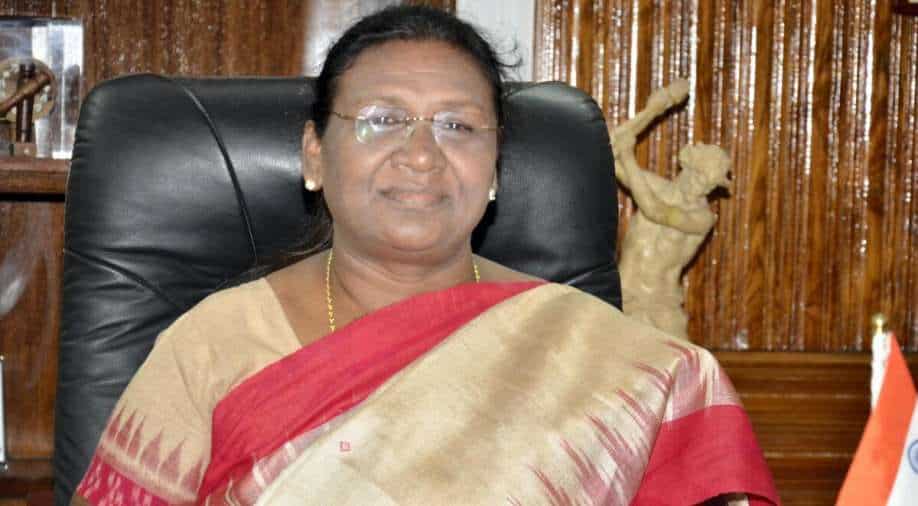 If elected, Murmu would become the first tribal President and second female President of India.Before she became an MLA, Murmu served as councillor in the Rairangpur Nagar Panchayat, after winning elections in 1997, and as vice-president of the BJP’s Scheduled Tribes Morcha.

A tribal political leader from Odisha named Droupadi Murmu will represent the NDA in the upcoming presidential election. If elected, Murmu, 64, a former governor of Jharkhand, will become the first tribal woman to hold the top constitutional position.

Murmu, a member of the Santhal ethnic group, was born on June 20, 1958, in the hamlet of Baidaposi in the Mayurbhanj district of Odisha. As per reports her father, Biranchi Narayan Tudu, and grandfather were the village headmen under the Panchayati Raj System.

Teacher prior to entering politics

She earned a Bachelor of Arts degree from the Ramadevi Women's University in Bhubaneswar in 1979. She started as a teacher before entering State politics in 1997 as the councillor of Rairangpur Nagar Panchayat.She was appointed vice president of the BJP's Scheduled Tribes (ST) Morcha in the same year.

From 2000 to 2004, Murmu served as the State Minister in charge of the separate departments of fisheries, agriculture, and transportation. In 2007, she was honoured with the Nilkantha award for best MLA by the Odisha Legislative Assembly.

She served as the state president of the ST Morcha and the BJP district president in Mayurbhan throughout the course of the next ten years. She began serving a five-year tenure as Jharkhand's first tribal governor in 2015 and finished it in 2016.

How she responded to the nomination

Murmu was quoted as saying by PTI, "I am surprised as well as delighted. As a tribal woman from remote Mayurbhanj district, I had not thought about becoming the candidate for the top post. "

When President Pranab Mukherjee was about to leave Rashtrapati Bhavan, Murmu was first viewed as a contender. That was five years ago.

Given that the NDA is anticipated to win with 48 percent of the vote, the BJP's tribal campaign will benefit greatly from her expected victory as president.