What will happen next in India and Nepal duel? We seek answers 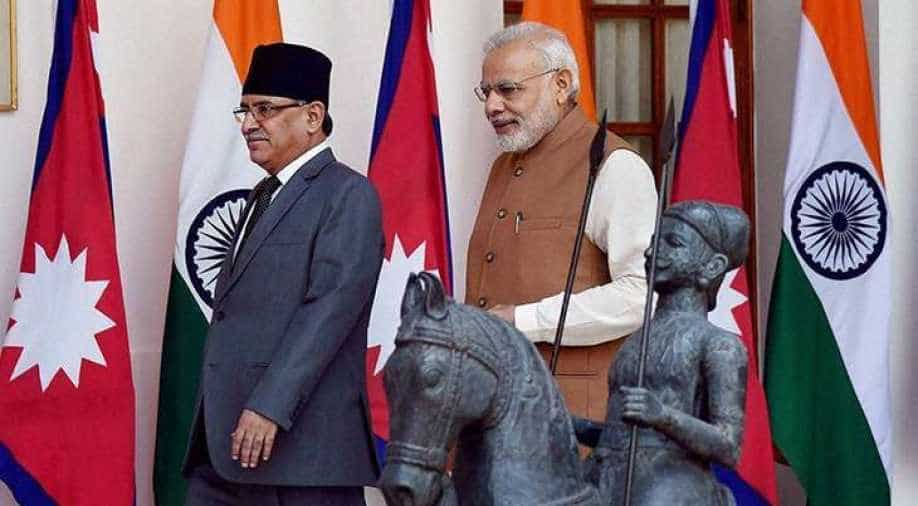 In short, China's interference and Nepal's belligerance are now a matter of record. The question most people are hence asking is -- what is India doing to counter this?

Twenty Indian Army personnel including a colonel were killed in a fierce clash with the Chinese troops in the Galwan Valley in eastern Ladakh on Monday night, the biggest military confrontation in over five decades that has significantly escalated the already volatile border standoff in the region. And the Nepal parliament has passed a Bill changing the map of its country in which it incorporated a large swathe of Indian territory, from Kalapani to Limpiyadhura.

In short, China's interference and Nepal's belligerance are now a matter of record.

The question most people are hence asking is -- what is India doing to counter this?

India has expressed displeasure, but has remained guarded about its approach.

And Nepal seems to be reading this silence as a sign of weakness.

The question that arises now is what will happen next -- accompanied by a few others. We enlist them here.

IS THERE A ROOM FOR DIPLOMACY?

India currently has a lot to deal with.

There's coronavirus; a ravaged economy and China at the border. Nepal is not the priority now.

But that doesn't change the fact that Nepal altered the status quo without giving diplomacy a chance.

WHAT ARE INDIA'S OPTIONS?

Nepal is provoking India, and is going deeper into China's embrace.

What it does not realise is it still heavily relies on India, and that New Delhi remains it biggest trading partner, accounting for a third of Nepal's overall trade.

In addition, tens of thousands of Nepal's citizens live and work in India.

New Delhi has many levers -- diplomatic, economic and strategic -- when it comes to Kathmandu.

The only thing is what and when India uses.

WAS THE ROAD INAUGURATION ILL-TIMED?

In other words, could this have been avoided? Did India unwittingly precipitate this?

It may have come as a blessing in disguise for the politically embattled prime minister of Nepal.

PM KP Sharma Oli is facing pressure from all sides -- political and public. So India's actions gave him a new nationalistic lifeline -- a chance to stand up to a  bigger partner and prove his nationalism.

Did India not see Nepal's reaction coming? Was there a miscalculation?

And have the responses from both sides further pushed ties to the brink?

In reply to Nepal's tirade against India, first the army chief spoke about an external hand; then the defence minister invoked old ties; and in between, there were long stretches of silence.

The political uneasiness, hence, is evident.

WHAT DOES NEPAL'S SO-CALLED CONSTITUTIONAL AMENDMENT CHANGE ON THE GROUND MEAN?

India is still very much in control of these territories. So Nepal may have redrawn its map -- but the change still remains on paper.

Will nepal push for greater control of these territories?

Or are both sides doing what they're doing laregly because of domestic political compulsions?