West should stand up and say that we are on Indian side: Dutch politician Geert Wilders on revocation of Article 370 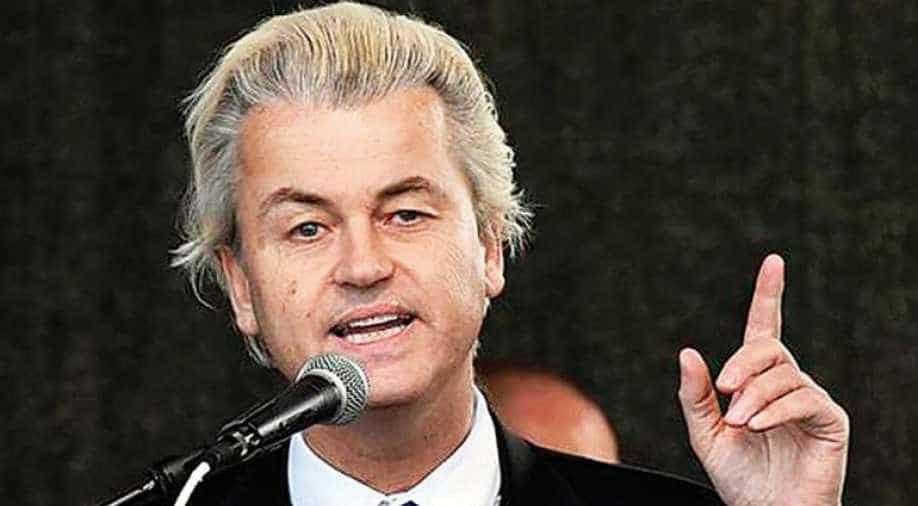 In an exclusive conversation with WION, the Dutch Parliamentarian Geert Wilders openly welcomed the decision of by the Indian government and also mentioned that it is time for the western world to come out in support of democratic and sovereign nation India and forget all the rhetoric coming from terror state Pakistan

Dutch politician Geert Wilders on Monday took to Twitter and hailed India's decision of scrapping Article 370 and 35A. He labelled Pakistan as a hundred per cent terror state and welcomed Kashmir back home. "India is a full democracy. Pakistan is a 100% terror state. So the choice is easy. Welcome home #Kashmir. #IndiaForKashmir," Wilder tweeted.

Geert Wilders is a Member of Parliament and the leader/Chairman of the Party for Freedom in the Netherlands. In an exclusive conversation with WION, the Dutch Parliamentarian openly welcomed the decision of by the Indian government and also mentioned that it is time for the western world to come out in support of democratic and sovereign nation India and forget all the rhetoric coming from terror state Pakistan.

WION: How do you see India's move to scrap Article 370 in Jammu and Kashmir?

Geert Wilders: The decision to revoke Article 370 and 35 by the Indian government is the country's matter. I believe that the western world should support India because its Home Minister Amit Shah told Parliament earlier this week that democracy was never fully implemented in Jammu and Kashmir under the Article. Also, corruption was on the rise in the region. We all know that Article 370 was believed to be only a temporary measure, not a structural one. One cannot have a state within a state and Indian government, therefore, decided to completely include Jammu and Kashmir on the Indian law.
Every country in the west, every democracy would not accept a state within a state. This is why I strongly support the decision of the Indian government.
Pakistan government has been supporting terrorism since the last decade. It is more of state terrorism than anything else, from Pakistani-Taliban to Al-Qaeda to forces in Kashmir. They have been meddling in all the issues. Pakistan is not a democracy, if we in the west should choose we have to choose to support and I hope that my colleagues and other Parliaments in Europe will join me to support in the fight to end the state within a state. That is why I say welcome home Kashmir. Those regions and people will develop more under Indian control rather than under the influence of the terror regime in Islamabad. India is our friend and we should support our friend.

WION: You say the world must choose, and the west led by the US seems to have chosen to count on Pakistan to bring peace in the region and talk to the Taliban. Do you agree with the choice?

Geert Wilders: I do not think that you can talk to terrorists. The Taliban is like Al-Qaeda or the Islamic State or any terrorist group. One should not talk to terrorists. It will be the beginning of the end, we should fight for democratic institutions, Parliaments, counties, and elections, not corruption or terrorism. Unfortunately, Pakistan has supported terrorism all over the region not only in Kashmir but also in India. We all remember what happened in Mumbai all those terrible deeds either came from Pakistan or were supported by the Pakistani authorities. I know people are talking to Pakistan, but the west has a choice now between a democratic country called India and its PM Modi and its coalition who made a sovereign decision that Article 370 and 35A should be revoked and we do not allow a state or an autonomous region in our country. That is the right of any country to do so. There was pressure from Pakistan that supported terrorism in the past. The west should now stand up and say that we are on the side of India and we choose democracy, the sovereignty of India and Kashmir as Indian and not to be influenced by Pakistani pressure.

WION: Pak PM Imran Khan spoke about Kashmir in Parliament yesterday and spun it as a Hindu-Muslim issue. He portrayed it an act of injustice against Kashmir's Muslims. It is a convenient ploy to brand suck moves as anti-Muslim and Islamophobic. Is it how you see it?

Geert Wilders: I do not think it is Islamophobia. Once again India is a democratic state, unlike Pakistan. There is a coalition and they made a decision. Indeed everybody knows that in Kashmir the majority is Islamic but after revoking of Article 35A other people in India would be able to buy land and live there. At the end of the day, everybody Muslim or non-Muslim will benefit from less corruption and more economic prosperity. That is why Pakistan is spinning it. Once again it is a choice between prosperity and democratic state that made a sovereign decision or the rhetoric and the support of terrorism of the Pakistan government.

We should stand up and support India and forget all the rhetoric that is coming from Pakistan. I hope more politicians and countries in the western world would support India.