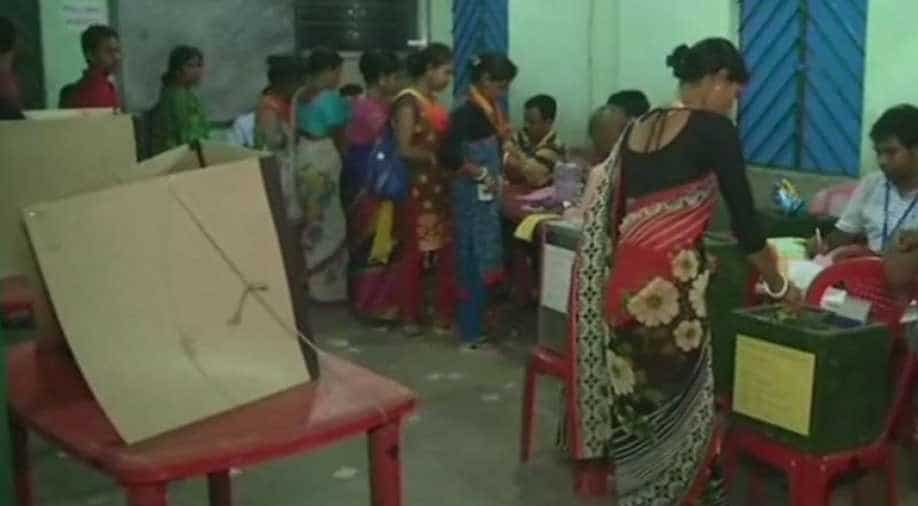 Following sporadic violence during the West Bengal panchayat elections on May 14, 568 booths in the state are undergoing repolling today.

Elaborate security arrangements have been made by the state government and police to ensure free and fair polling, a State Election Commission official said.

Widespread violence was reported during panchayat polls in the state that left at least 12 people dead and 43 wounded. Voting turnout in the panchayat.

The booths, where re-polling is taking place, include 63 in Murshidabad, 52 in Coochbehar, 28 in West Midnapore and 10 in Hooghly among others.

The State Election Commission had ordered the re-poll, following complaints of violence during the polls on Monday.

The poll panel has asked the state government and the police to make elaborate security arrangements so that polling can be held in a free and fair manner.

The counting of votes will be held on May 17.

The panchayat elections in West Bengal saw huge-scale clashes on Monday between the Bharatiya Janata Party (BJP) and the Trinamool Congress (TMC) workers, resulting in the death of at least 12 people.

The Congress, Communist Party of India (Marxist), Revolutionary Socialist Party (RSP) and other parties of the Left Front also staged a protest outside State Election Commission in Kolkata against the incidents of violence.

Taking note of the incident, the Ministry of Home Affairs also sought a report from the state government regarding incidents of violence during Panchayat Election in the state.