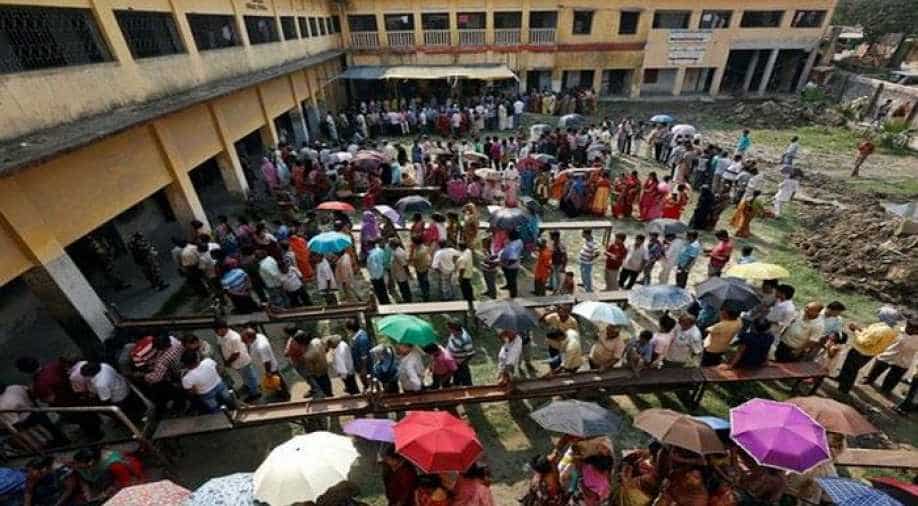 Massive violence has been reported from West Bengal, where panchayat elections are being held today.

ANI reported that a TMC worker named Arif Gazi was shot dead in the Kultali area of South 24 Parganas district.

ANI added that a BJP candidate from Bilkanda was injured in a knife attack, allegedly by TMC workers. ANI identified the BJP candidate as Raju Biswas and said he is undergoing treatment at Panihati State General Hospital.

At least 20 people were injured in a crude bomb explosion in Amdanga's Sadhanpur in North 24 Parganas.

In another incident, a CPM worker and his wife were charred to death in North 24 Parganas after their house was allegedly burnt down on Sunday night.

The Election Commission meanwhile reported a 56% voter turnout till 3 pm.

The elections are being held after a series of court cases and reports of foul play by workers of the ruling Trinamool Congress.

Earlier, a record 34 per cent seats has been won unopposed by the Trinamool Congress, but the Supreme Court stayed the notification of the results.

The court said elections have to be held "in absolute fairness".

Not surprised by all the incidents that are happening since morning. Bengal govt is a shameless govt, you cannot expect them to follow any kind of constitutional behaviour. I demand President's Rule in WB: Babul Supriyo, Union Min on violence in various during #PanchayatElection pic.twitter.com/ElEr4OSbaf

There are minor incidents taking place, no major incidents have been reported. Administration is active in places where such clashes have taken place. Voting is being conducted peaceful. I strongly condemn the attack on journalists: Partha Chatterjee, TMC #PanchayatElection pic.twitter.com/SXwjExlQRH

As many as 20 people were injured in fresh clashes which broke out between two groups here in Cooch Behar on Monday morning, amid the ongoing panchayat polls in the state.

As per a local, a number of individuals had gone to cast their vote at a polling station here, when they were attacked with sticks by a group of All India Trinamool Congress (TMC) workers. Subsequently, the injured were admitted to MJN Hospital for treatment.

"A group of us had gone to cast our vote at a polling booth. We were attacked by a group of TMC workers with lathis (sticks)," an injured local told ANI.

Incidents of violence were also reported from Bhangar, where a media vehicle was torched and a camera broken, after which media was prohibited from entering the area.

On the other hand, a TMC worker, Anarul Mita, suffered bullet injuries in an attack in Cooch Behar`s Dinhata on late Sunday night, after which he was admitted to the hospital in a critical condition.

The Trinamool Congress was quick to respond to the allegations of violence by its workers. It blamed a section of the media for biased reporting:

Why is @ANI spreading rumours and amplifying a few, sporadic, local incidents? We learn that local ANI reporters and stringers getting direct instructions from their bosses in Delhi to shame #Bengal. Agenda driven news-gathering: Derek O'Brien #PanchayatElection

The victim has alleged that Bharatiya Janata Party (BJP) workers are behind the attack. On a related note, the voting, which began at 7 a.m. on Monday morning, will continue till 5 p.m. in 621 zilla parishads, 6157 panchayat samitis, and 31,827 gram panchayats. The counting will take place on May 17.