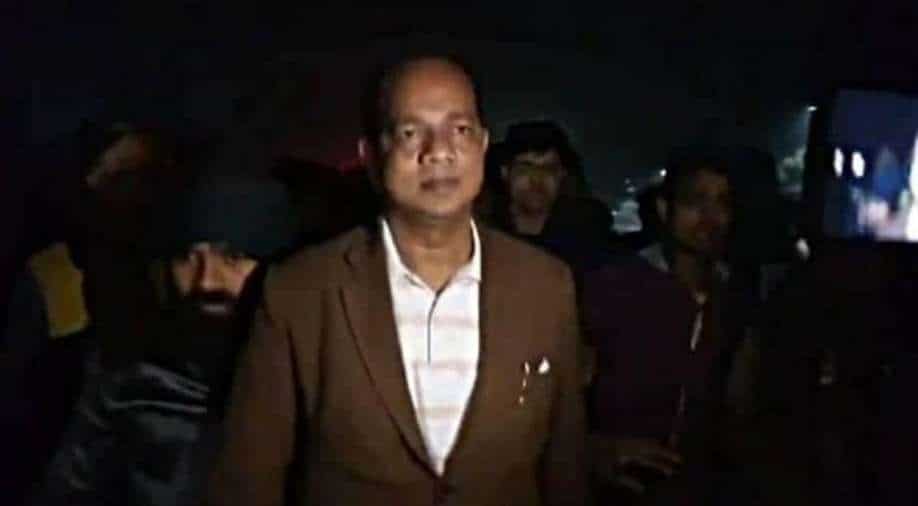 A state minister seriously got injured after perpetrators hurled a crude bomb at him in a railway station in the eastern Indian state of West Bengal late on Wednesday.

Jakir Hossain and two other leaders of ruling Trinamool Congress (TMC) were injured in the bomb attack at Nimtita railway station in Murshidabad district.

He also said that a medical board has been constituted to look into the health condition of Hossain.

A senior police officer confirmed that the probe has been handed over to CID, reports news agency PTI.

"The investigation has been handed over to the CID. A team of forensic experts have visited the spot this morning," the police officer said.

West Bengal Chief Minister Mamata Banerjee after visiting his party's leader at the hospital alleged that the attack was "pre-planned" and was a "conspiracy".

She also said that Hossain was being pressurised in the last few months to join another party.

"It was a preplanned attack on minister Jakir Hossain. Some people have claimed the blast was remote controlled. It is a conspiracy. Some people (party) were pressuring Jakir Hossian to join them for the last few months. I don't want to disclose anything more as investigation is on," the West Bengal CM told reporters.

She also announced a compensation of Rs 5 lakh (about USD 6,870) for those seriously injured in the explosion and Rs 1 lakh (about USD 1,374) who received minor injuries.